Vivian Maier was a nanny with a secret life as a photographer.  Her mostly black and white photos of Chicago and its people were only recently discovered in a storage unit after her death.  She’ll never know of her fame.  Here is a link to her work and her story: http://www.chicagomag.com/Chicago-Magazine/January-2011/Vivian-Maier-Street-Photographer/index.php?cp=3&cparticle=2&si=20&siarticle=1#galleryanc
Dianne and I perused her exhibit at The Chicago History Museum.  Vivian was unafraid of taking photos of people, any age and any social status.  She took hundreds of thousands of black and white film photos.  Many she never even developed.  I was curious how she took photos.  In this era when we can take dozens of photos in a moment, she was quite careful with her resources.  She had to change the film in her Roleiflex after only twelve shots.  Vivian must have taken her time with each shot.  Only occasionally is there an obvious rapid sequence when she was trying to catch just the right juxtaposition of people or shapes.

One of my favorite photos of this display was of an elderly exhausted newspaper vendor facing the camera sitting on a box.  Next to him back facing the camera is of a heavy-set woman, thighs overlapping her small seat on a fire hydrant.  I can’t help but wonder what words passed between Vivian and her subjects.  They couldn’t have all been pleased with her frank frames of life.

An Ebony Fashion Show Exhibit at the same museum displayed another side of Chicago’s life.  Ebony magazine hosted fashion shows over a fifty-year period ending in 2007.  All of the models were African-American.  The Exhibit displayed some of the dresses from those groundbreaking shows.  Before I realized that I was not supposed to take photos, I took this shot: 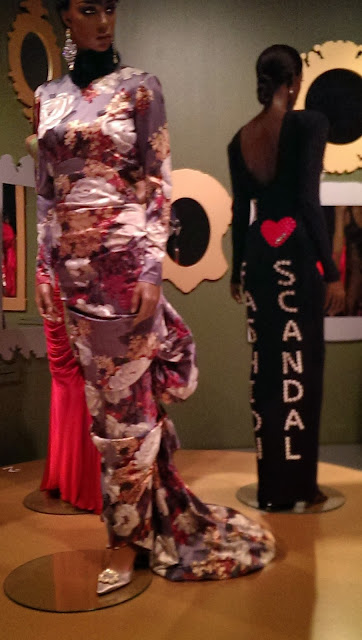 The outfits were stunning.  Photographic documentation conveyed the excitement of the models moving down the runway, proud, cocky and ebony.  Wonderful exhibit.  I could easily see this exhibit again.

Chicago museums could keep one busy for a long time.  Dianne had worked at the Field Museum on displays over a ten-year period.  We toured a new exhibit of old artifacts from the Chicago Fair of 1893.  Dianne pointed out how the museum adroitly addressed the shift from “collecting people” to the current more sensitive cultural attitudes.  The 1893 fair brought indigenous people from around the world and displayed them and their artifacts in such a way that they would intentionally appear to be less intelligent or artistic.  I think that I tended to assume that museums were static.  Proven quite wrong. 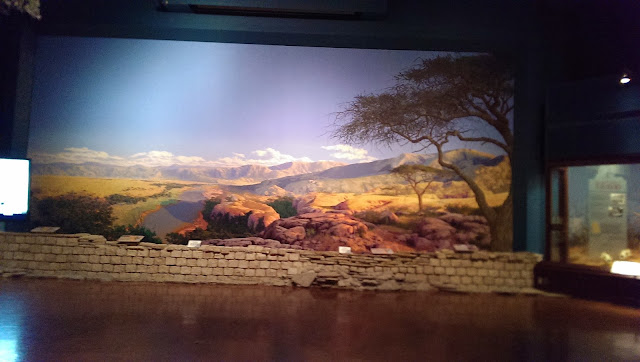 I scurried through the animal exhibits admiring the dioramas and technical skill of the taxidermy work. 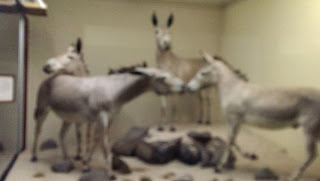 The Field is on my list for a museum worth visiting at a snail’s pace.  Hope to return.