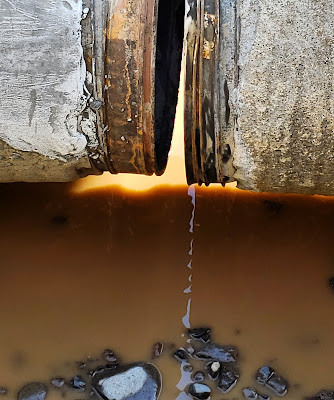 This year feels as broken as our city's water lines were broken in February's flood. The river jumped its banks a short distance upriver from me and ripped apart the pipes bringing clean water from the watershed to Walla Walla.

As the pandemic loomed a few months after that record flood, my world became as narrow as the canyon where I live. Only occasionally did I venture to town or take a trip to the Wallowa Mountains for a day or two of camping. Slipping into town for groceries, the smoke of this summer's enormous fires made it seem like some end time was upon the world outside the canyon. 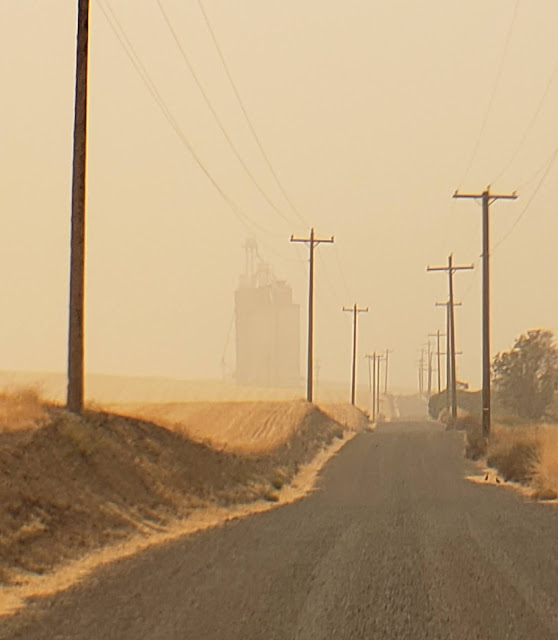 Oddly, the two most depressing photos that I took this year, so expressive of this haunting time were of the muted gold smoke in the valley in the photo above and this one of fog on Scenic Loop rim. 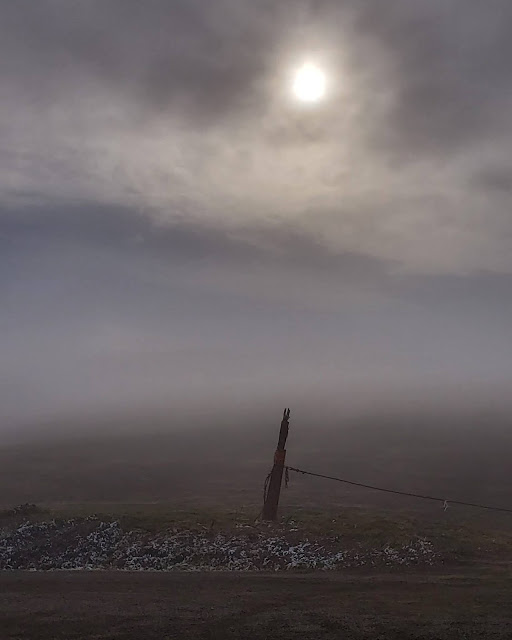 But notably, instead of feeling like the world has become more dismal, this pandemic has made my nearby world seem larger and richer. It has happened in this way. I have taken up the habit of daily walks. Sometimes south into Oregon on a dirt road all the way to the Tiger Canyon Bridge or in the afternoon on a little road on the sunny-side of the canyon across from my cabin. Or recently all the way up Scenic Loop. The following photos show nature carrying on without regard to the state of the world and evidence of humans working, hoping, and expecting the world to continue. 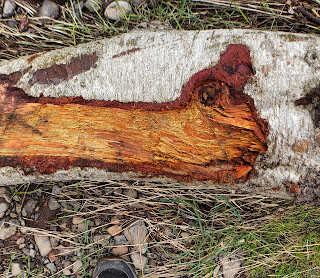 The Grinch Resting on a Downed River Alder 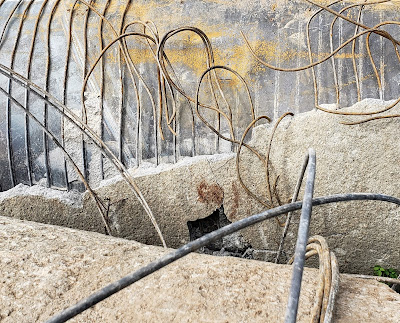 Design by Flood
That's it. Well, one more. Apples waiting for deer.

Posted by boxoftales at 9:57 PM No comments: