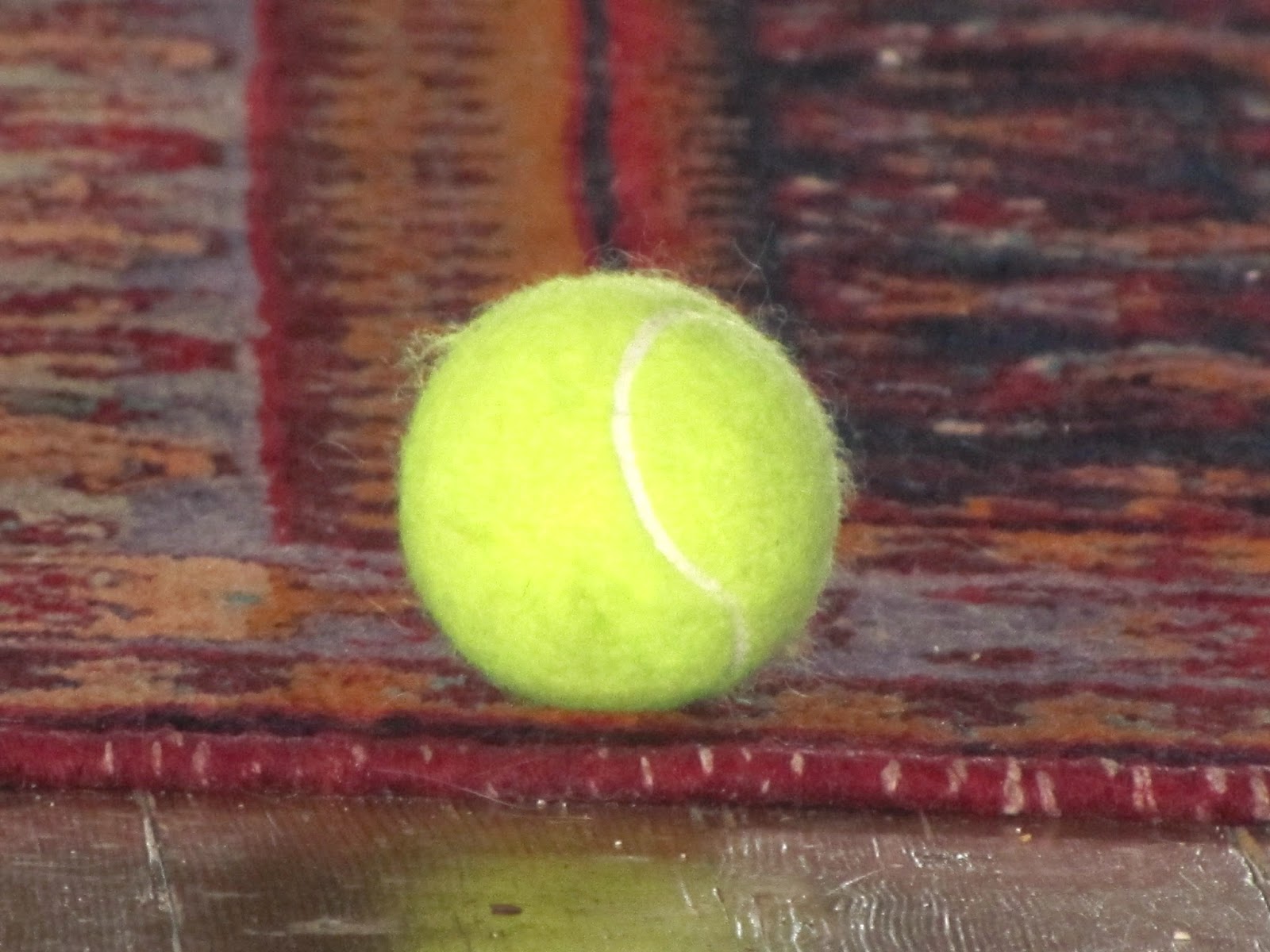 As I mentioned in last year's post, I would rather make a list of what I accomplished during the past year and then just check the stuff off.  Nothing goes on the list that I can't check off.  This is a most rewarding activity.  The list this year is a movie length list.  What a year!  It may take me all New Year's Day to make it and another day to check it off.

Playing with the word "resolution" brought up a similar word to mind, "revolution".  "To revolve again, circle, spin.."  Resolutions on the eve of a new year often spin again and the next year again more like revolutions than resolutions.  What is on your list this year Resolutions or Revolutions?


Posted by boxoftales at 4:51 PM No comments:

A glimpse is all I have of the mountains from the center of the street where my house sits, but that is enough to alert me to the snow line, an incentive to go for a little drive.  On Christmas day with a new neighbor and a salmon dinner a memory, we headed south of town.  Ten minutes gets us to this view looking east to the Blues.

We are known for wine now, but wheat has been on our calling cards for almost 150 years.  The rich Palouse loam many feet deep grows winter wheat for foreign markets.  Winter snow and rain are the irrigation systems of this dry land farming area.  The new winter crop was just greening up. 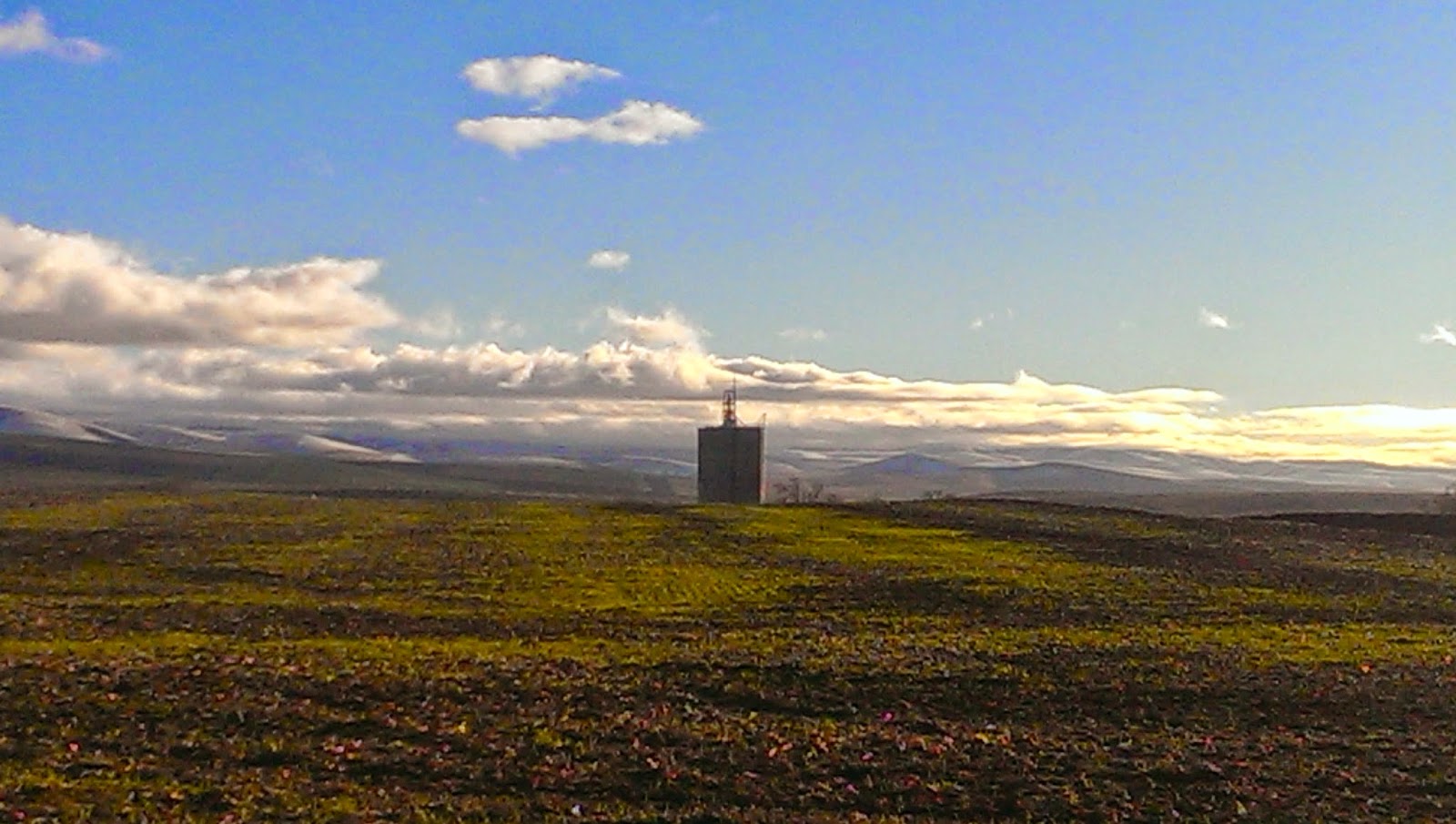 "Do you have a gun?" said the ranger.  "There is a wolf pack on your right in that canyon and a cougar in that one on your left.  The wolves won't attack you, but they will attack your dog."

Arriving at the intersection where the ranger had given me this warning a couple of years ago, guns  are always on my mind.  The white shot-out sign posted alongside of the road a reminder that guns aren't foreign in this area. 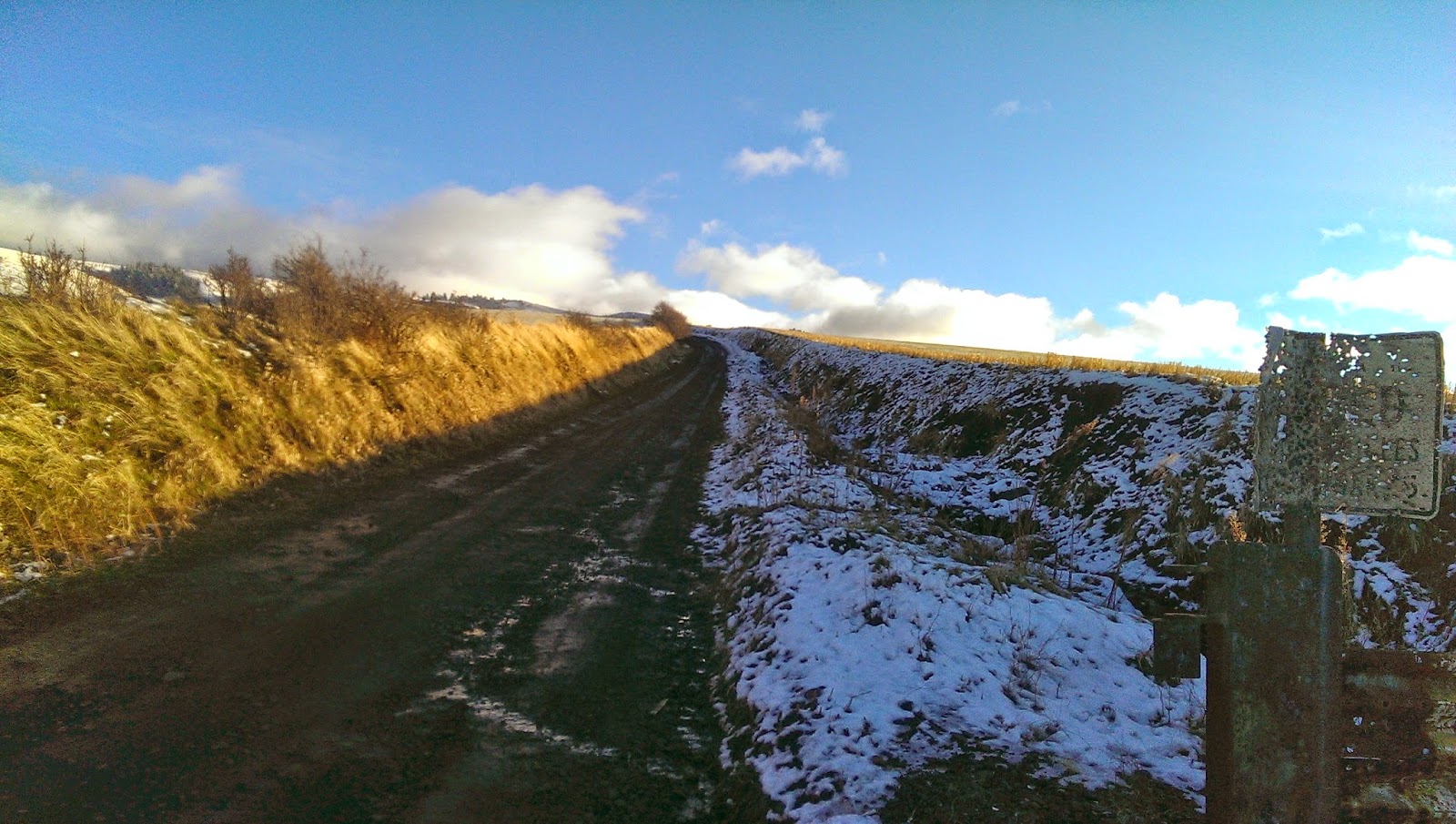 Two trucks sat at the intersection in this lonely-looking stretch of road to the clouds.  Two guys were testing a new gun that earlier in the day had been wrapped in cheery-looking Christmas wrap, an effective camouflage for an often cheerless thing.  One guy was a vet and he appeared to be coaching the other one.  My friend began a conversation with the vet and when his story unfolded of multiple wounds from his years in the service, she asked to give him a hug and a thank you.  Well deserved.  Yes, thank you.

Hunting season for elk by either master firearm hunters or master bow hunters is still on for this area.  Just past Jan's head on a slope we spotted a herd of elk.  Good thing Jan was wearing her Pendleton bright jacket.  No one could mistake her for an elk.  Well the glasses also might be a dead give away.  I, on the other hand, in my nice elk brown hat might have been a good target.  Except that my glasses would have been a dead give away.  Hmm, dead. 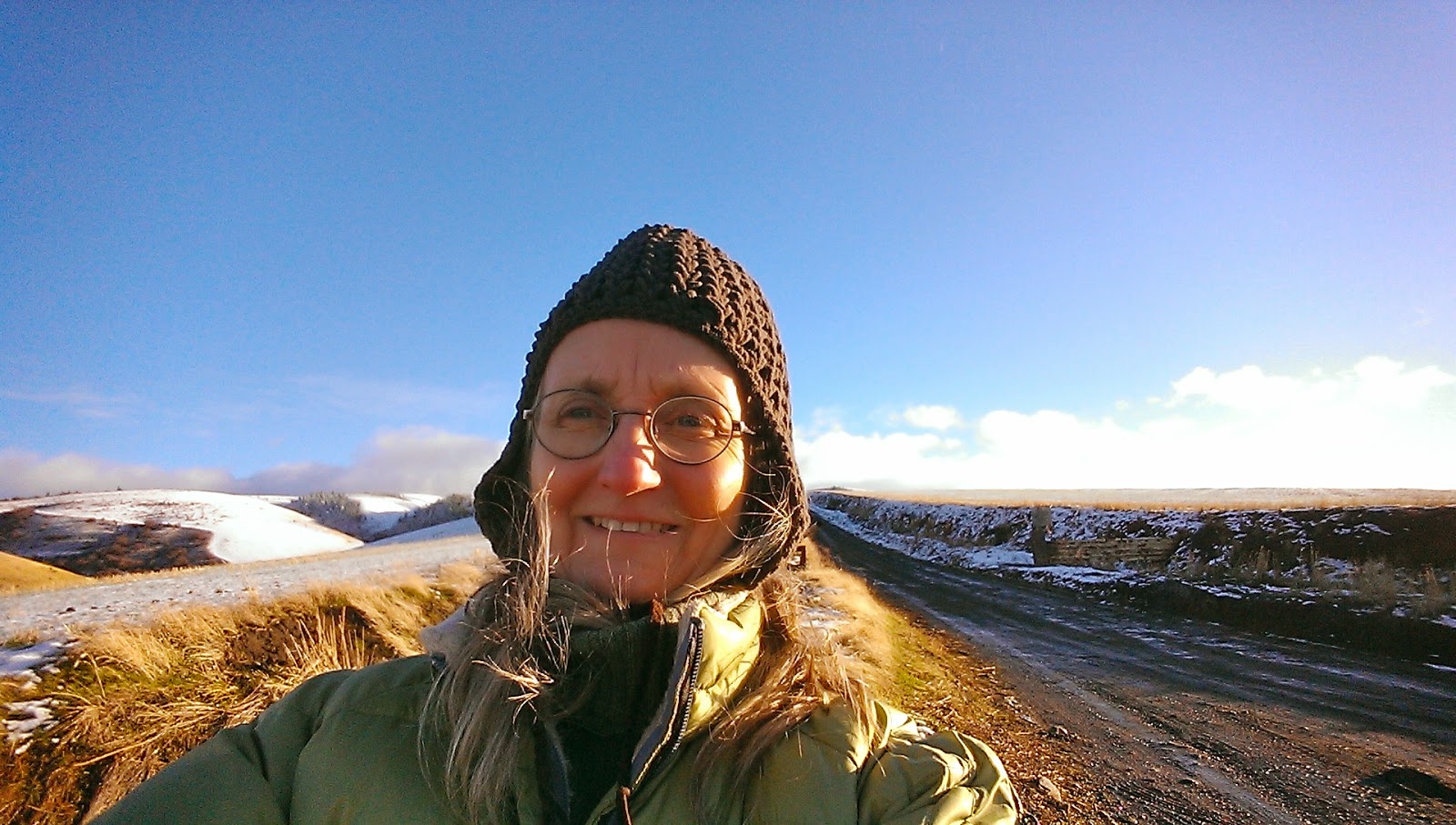 Happy Holidays from the snow line.

Posted by boxoftales at 9:08 AM No comments:

A Weather Woman of the Moment 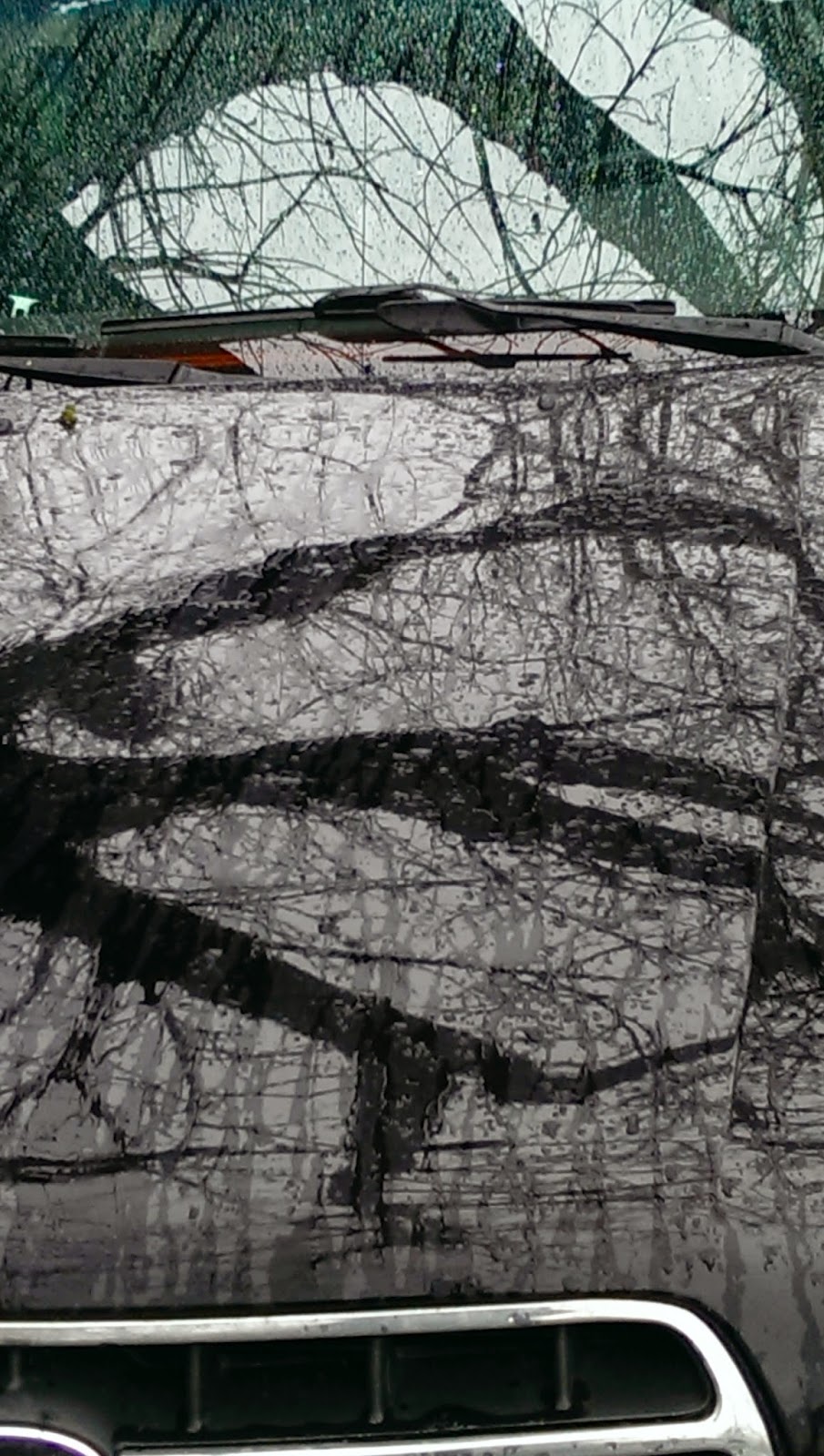 If I were a Weather Woman of the Moment I would have 100% accuracy in my predictions. Approaching my car on a rainy Seattle day, the gray sky reflecting off my black car, droplets streaking the windshield, I could accurately say, "It's raining!"  The satisfaction of being accurate was a small one to be sure, but worth claiming.

I seem to be quite inaccurate at times predicting the weather of personalities.  Folks, whom I think are sunny now and will forever be sunny, hide their storm clouds with such finesse that I am drenched coatless, curious how I missed predicting accurately.  Well I was right for the moment, when their sun shone on me.

I was in Seattle attending a small claims court hearing hoping to recover damages from the renter who stayed at my home last year as I traveled.  Only in retrospect have friends noted that she has always been slovenly and worse not particularly just.  I in fact may never recover the damages, but then the sun still shines on me.

I don't wish folks bad weather and I don't wish this particular renter bad weather.  She makes her own weather like Mt. Rainer makes its own weather, capturing clouds with its peak and hanging onto them dressing her slopes in snow.  The determination of the renter to get away with her behavior only compounding her problems, snow on her slopes and ice in her heart.  I wish for her sunny weather.  Despite her trail of storm disaster, she deserves, like all of us, relief.

So why am I basking in sun with this storm still on my doorstep?  I'll explain.  The damage done by the renter has all been repaired and the furniture replaced.  The biggest cost was the couch with it's broken leg and smoke infused fabric.  I replaced it with a couch that I found on sale.  Nice leather one.  The couch sits lonely facing two wooden chairs.  Uncomfortable ones.  Friends come in for a chat, glance at the two wooden chairs and sometimes opt to stand.  I have been looking for a comfortable chair to replace one of the wooden ones, but to no avail.  I was looking for a red leather chair, a big one that would invite sitting for long periods.  But chairs like this one are so expensive. As expensive as the couch I had bought and now had no money for a chair.  But I kept looking at yard sales and secondhand stores.  While in Seattle I stopped at a Goodwill trying to locate a small bookcase (that is another story) and there was my red chair.  Had I not been in Seattle for the court case, I would not have found it.  And although I had spent a wad on the couch, this chair was on sale.  It even had a special discount for a senior on Senior Discount Day.  What would have cost me $29.99 was only $23.99.  The sun shines on me.  For the moment.  I can predict that accurately.

Found in Nature, An Oil Slick 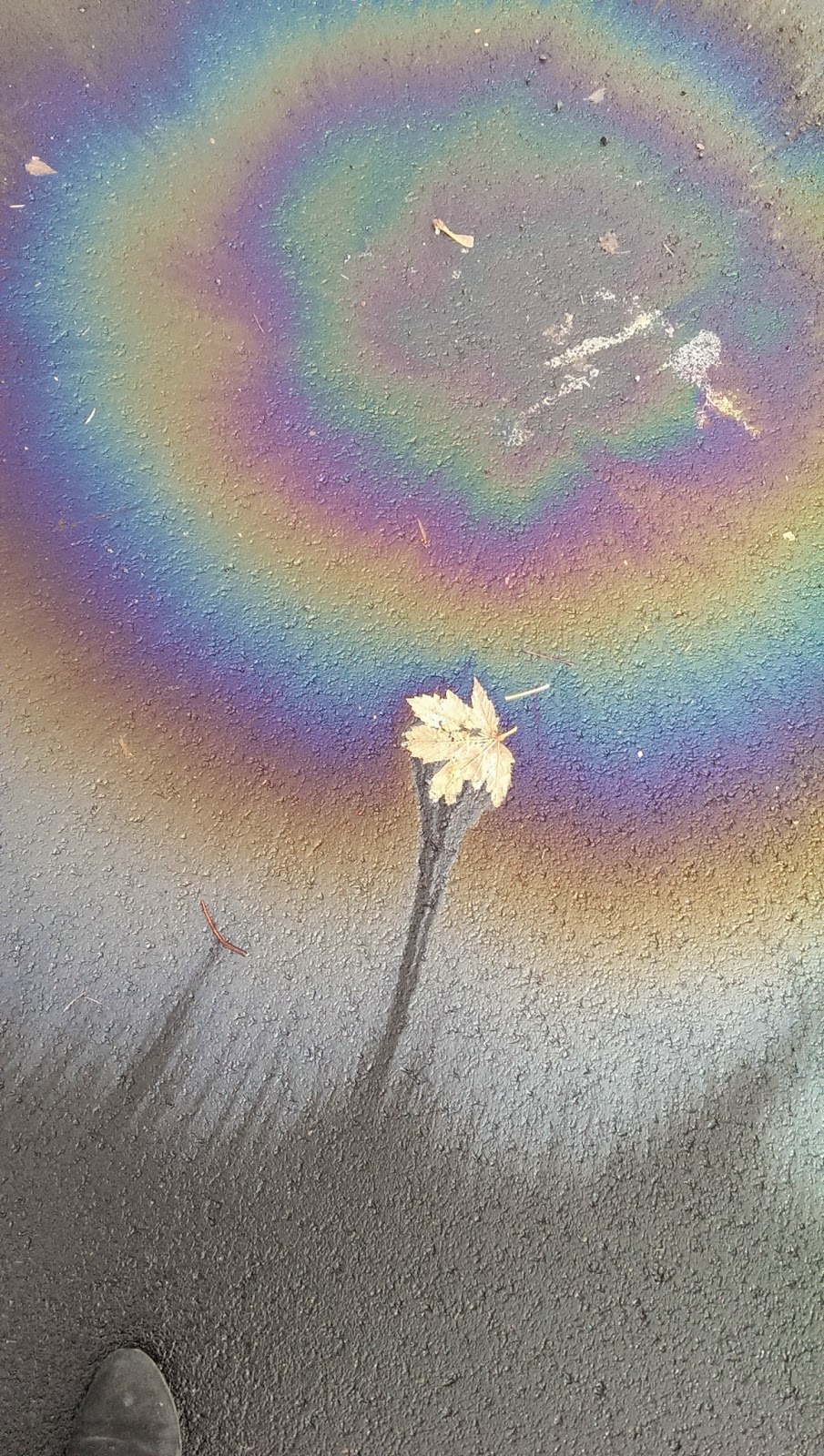 When I was a preschool teacher we had a sharing box.  There were six categories of things that a child could bring to school and share.  Things You Made, Mechanical or Scientific Objects, Good Books, Music and Games, Photos or Articles, and Things from Nature.  One morning a child brought a slightly rusted truck.  He stood examining the categories, each which had photos of examples to guide him in correctly classifying his sharing.  After awhile he placed his truck in the category of Things from Nature.  Curious what prompted his decision, we waited until Sharing Time and when we asked for those sharings of Things from Nature, he popped up and grabbed his truck.  "I found this out in nature," he began, "out in my backyard."

I too found this oil slick out in nature just down the street in my neighborhood.  I can see how a child could construe something found outside as being part of his natural world.  The glory of this blooming iridescent oil slick was enhanced by a single leaf, all of it basking in the sun shining through the fog.  I hesitated glorifying a toxic spill of oil, but the glow was irresistible.

I too once found a truck out in nature, in my backyard streambed.  It's gray steel body almost indistinguishable from the basalt rocks all around it.  I was cleaning out the stream, an annual event. I gathered the snagged branches, cut back the thorny blackberries that stretched across the stream snagging leaves and trash, and pulled out the yellow invasive water lilies.  The truck was an old one, parts of it gone.  It had been in the stream a long time.  It's body made of heavy metal, not like the ones you purchase today, dating it.  It didn't belong in the stream.

Oil too doesn't always belong.  But sometimes it does.  If there were a sharing box for oil it would help classify the complicated politics surrounding its existence in our backyard.  Oil Found in Nature, Oil Heating My Home, Oil Leaking from Pipelines, Oil Running My Car, Oil Killing Fish and Birds, and Oil Prices Affecting Our Economy.  Oil in our backyard is a complicated thing, a natural by product of our inventive and modern world.

More oil found in nature.  An oil snowman with a iridescent heart. I need another category.  Oil Snowmen. 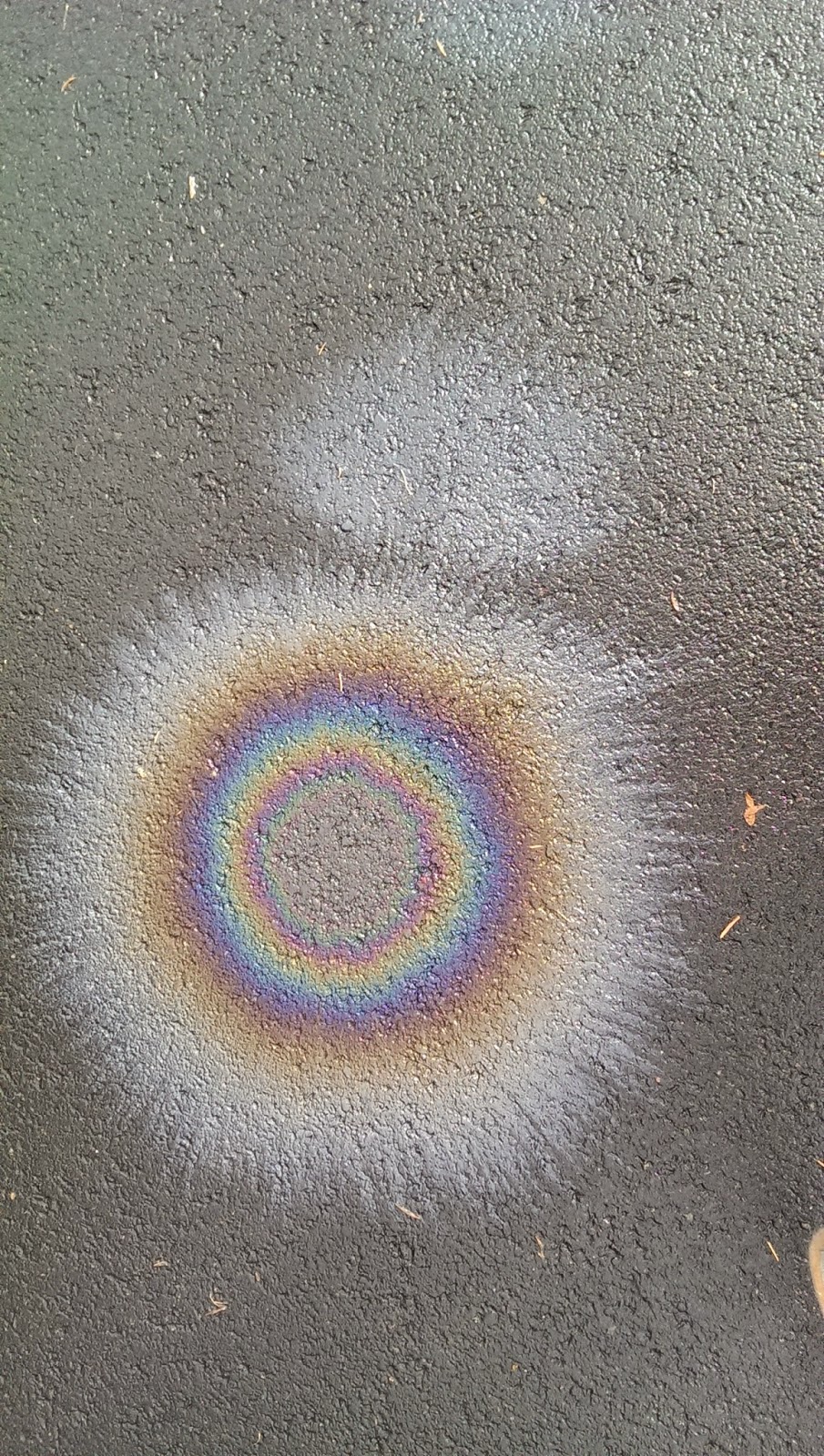 Posted by boxoftales at 11:27 AM No comments: