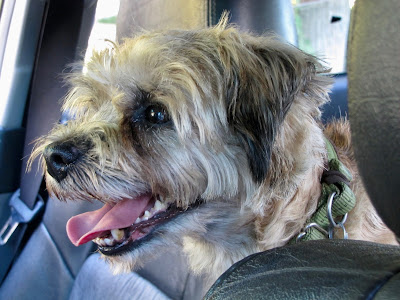 A self-taught writer with a terrier mentality, she broke into the writing field mid-life with her tales from the road. Tragedy had played a part when she was only a child pup, losing her dearest companion man, Gary McConnell. 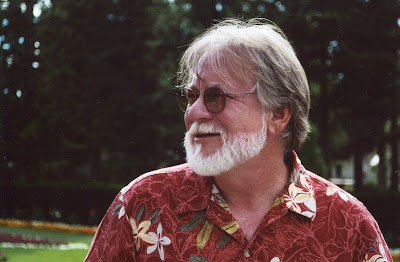 Gary taught her how to navigate a human’s world: to make eye contact with love, discern the meaning behind obscure demands, and express her wishes in eloquent speech (sometimes a single sharp bark). After he died, Lizzie visited Gary's cemetery plot almost daily. She cleared squirrels from his grave’s surroundings and touched noses (and other parts) with a neighborhood terrier – the one who was usually peeing on the new cemetery bouquets. During Lizzie’s circumnavigation of the cemetery, she appeared to examine the writing on gravestones, gathering observations on the fragility of humans.

Lizzie’s literary skills blossomed under the tutelage of her mistress, the writer Kathy McConnell. As a character in a memoir and a writer herself, Lizzie was a dog of unusual skills. On the road in 2013 and 2014 her break out essay was Pup's Post from the Road. And later, heralding her favorite writing surface and tool – the car window, she wrote Ode to Dogwoods.

Lizzie had a natural talent for character development. She relied on her discernment in telling good dogs from wicked ones, and she could pick out generous humans – those with lovely-smelling pockets – from those who in a miserly fashion kept their goodies at home to themselves. She particularly loved those vet techs and vets at Animal Clinic East. They always had the best treats. Others who taught Lizzie about good character were her best dog friend Lucky and Lucky’s mistress, Carol Blue. 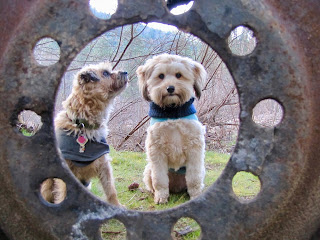 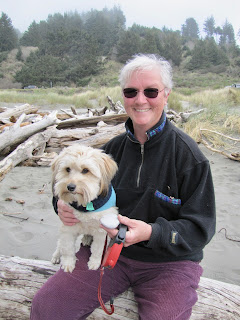 Lizzie also had a certain fondness for Rae Bohn, his long beach, and his crazy kites which she got to chase. He taught her the joys of running loose on sand until exhausted and of sleeping on the kite bags in the back of his truck afterwards. 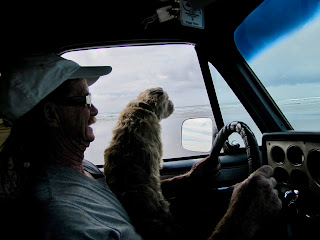 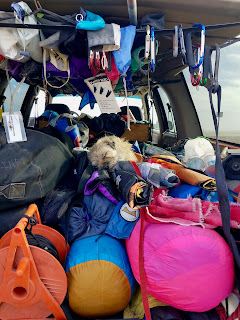 Lizzie depended on her experiences of traveling and of living in a loving home for developing plotlines. She focused on suspense: chocolate is poisonous, which dog ate it? Or natural consequences: food falls from cutting boards and the laps of children, who will get the last bite? 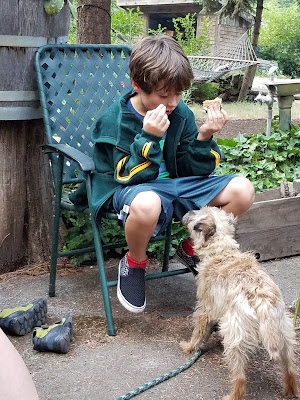 Otleys Elizabeth “Lizzie” Baggins Took was born on January 14, 2009 in Arizona to CH Keepsake’s Peregrine Took and Oltey’s No Parking. At three months old she traveled with a dozen or so terriers from the Otley Border Terriers clan to attend a spring dog show in Walla Walla, Washington. She acquired a new family and moved to a house on a stream with a lawn, three cats, and two girls. Doted upon, she was forgiven for untying shoelaces and chewing on the occasional piece of underwear. She had a good life and was loved beyond measure. 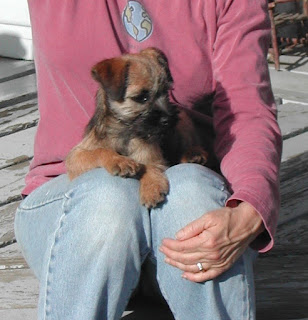 Lizzie is survived by her two girls, Molly and Bekah, none of the cats, and her mistress, Kathy McConnell. Kathy will miss Lizzie for her immense loyalty, her sweetness, and her good company on and off the trail. 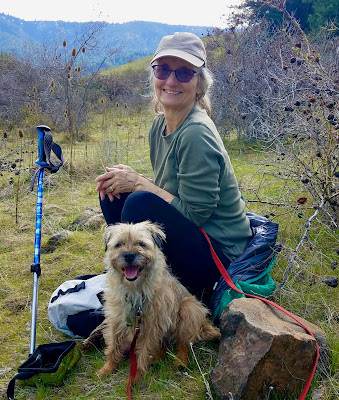 Donations may be made to Blue Mountain Humane Society A life service to be announced will be held in the summer of 2020.  Lizzie was interred in a private burial location near where she begged treats from Matt, the mailman, and Tom, the newspaper man. She was buried with a chocolate bar and a dog toy.  May she rest in peace. 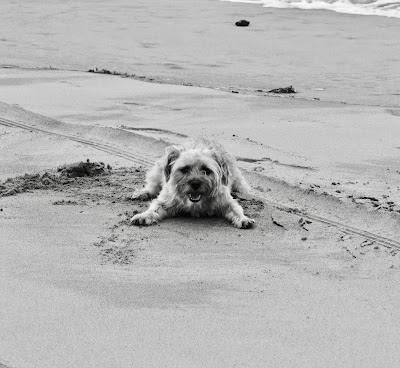 Posted by boxoftales at 11:31 AM No comments: