Boxing Day is celebrated in a number of countries across the world.  In Great Britain the day after Christmas was traditionally the day in which servants were given the day-off and a box containing gifts and sometimes left-over food to take to their families.  More recently it is the day to box-up the things that you no longer need to give to those in need.  And the day to shop huge sales.  Canada, however, has a very civil policy of not allowing stores to open until noon without incurring a stiff penalty.  Some parts of Canada even ban selling anything the day after Christmas.

I am traveling very lightly and don't need much, so venturing out on Boxing Day to shop wasn't a necessity.  However, I intended to do a bit of exploring.  I haven't ridden a bus yet, so I made plans to start my day figuring out how to get to downtown the slower way.  I choose as a destination, Word. 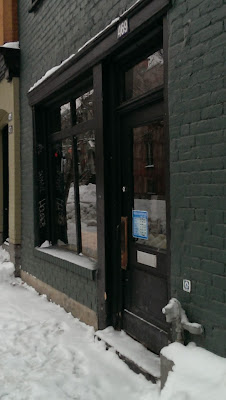 In this ostentatious world of ours, it is unusual to find a shop without a sign.  Word has no sign.  The shop had an inauspicious beginning when the owners first began selling books out of the back of their Volkswagon van crossing northern Canada.  The two McGill students then sold books from their living room holding poetry readings on occasion.  In 1975 they opened this tiny shop.  It remains the same.  No cash register, computers or cell phones.  The sign apparently fell off and just never was replaced.  The store had hours posted, but happily it was closed for Boxing Day.

I had stopped to photograph a building across the way before realizing that I was standing in front of my destination.  I'll be back! 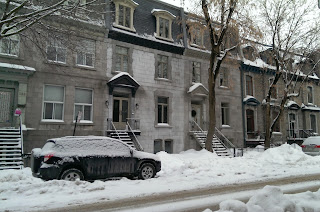 As my bus traveled towards the city I neared the huge Mount Royal Park.  Houses began to look more regal.  This row of houses in this photo are across the street from Word.  The roof style is called French mansard.  The design allowed for an extra floor with a lower ceiling, but with windows.  These floors became known as "garrets".  The French and Scottish, who populated early Montreal, brought the house styles of home with them. 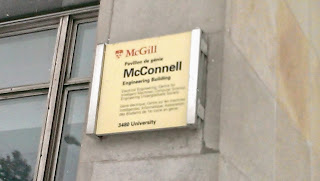 Scottish?  With everyone speaking French, it is a surprise to see Scottish names.  Down the block from Word, I came across the campus of McGill University.  Here was the sign facing me!  Gary's family was here! 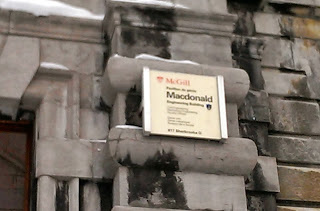 Around the corner of the next building were the MacDonald's (McConnell's are actually a branch of MacDonald's) and one block further the McCord Museum!  Macs abound here!

The McCord was open, so I made arrangements to come back and do a little research for a friend another day.  When I browsed the McCord bookstore, I was looking for anything related to my friend's family.  I found something!  A book on famous Quebec families included her relatives!  Now to translate it to English.  Kara will help me today. 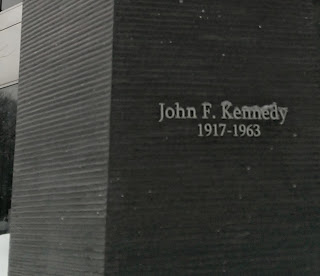 Around the corner from the McCord is President Kennedy Avenue.  His name in any location reminds one of his untimely death and his much admired persona.

Now for the Boxing Day Experience.  Montreal's central population is approximately two million people.  The density makes having malls downtown practical and underground malls with this weather more practical.  I entered an attractive older department store and then began to wander.  Taking an escalator down in any store brought me to wide hallways branching off in every direction lined with stores and jammed with people.    Occasionally one would come to a four or five story atrium like the one in this photo. 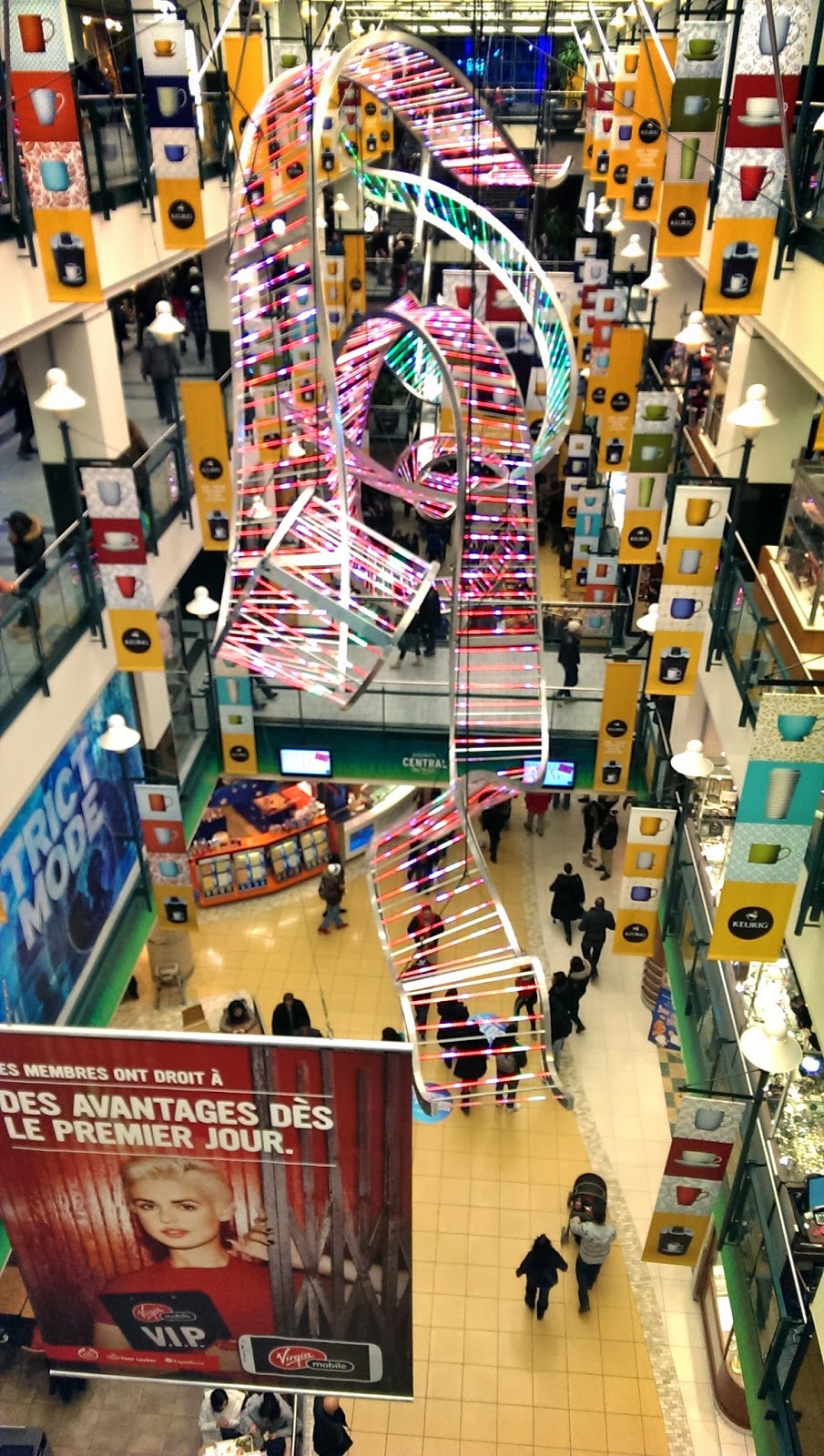 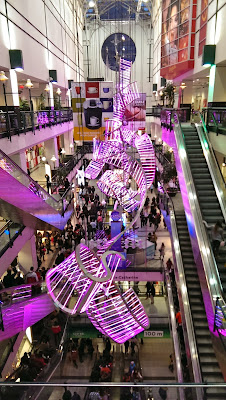 Here is the same atrium different view.  The sculpture is constantly changing colors.

Somewhere near this atrium there is an ancient stone cathedral.  A few years back the cathedral was raised and supported on columns while a mall area was extended underneath it.  A consecrated mall?

When I spotted the bouncer, I was so pleased.  Mind me there were crowds everywhere, but the longest check-out line that I had seen all day and the only store with a bouncer were a bookstore and a music store!  The arts rule! 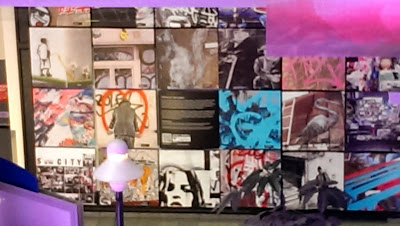 One wall of this atrium had interesting pictures many of them were of sidewalk art.

I'm not sure that I would often wander malls even in Montreal, but the experience was worth the walk.  I at least appreciate a mall experience in which the majority of the customers left their cars (if they even have one) at home.  There were many small shops, not necessarily brand name shops. 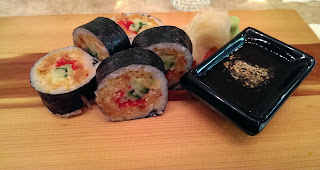 Outside I circled a few blocks.  The city is quite the sight in winter.
After walking for about six hours, I was pretty tired.  On the way home I stopped at our local sushi shop.  This was dinner.  Delicious, delicious and delicious.  I'm not sure that I have ever been so tempted to lick a plate.

Another day in the paradise of Montreal.
Posted by boxoftales at 8:49 AM