Dairy farms in Wisconsin set me to thinking about work. 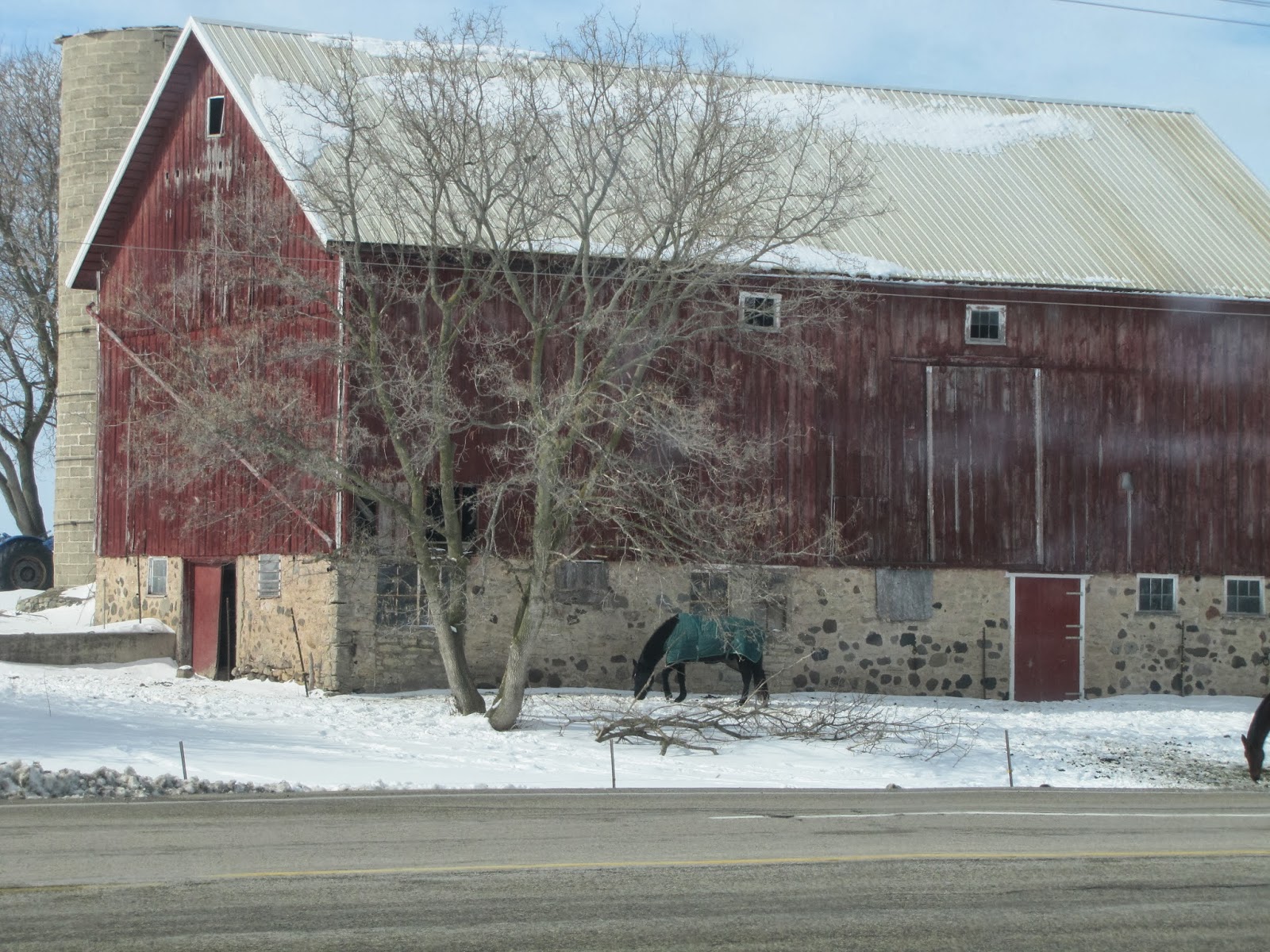 When I stopped for lunch in Dubuque, Iowa, I found a little cafe.  The only customer was an elderly gentleman who invited me to join him at his table.  He opened the conversation by saying that he was older than me. He explained that he had fought in World War II, joining the Navy the final year of the war.  He manned amphibious landing boats in the Pacific.  I realized that as he talked that he had dementia.  He asked me a number of times where I was from and when I would say "Washington", he would begin talking about his work during the war.  He trained for awhile along the coast catching his first boat out from Ilwaco on the Columbia River.

If you had dementia, what work would you recall over and over?

The red barns of Wisconsin hunkered on field stone foundations, the cleared fields and welcoming farmhouses bespoke of work.  Work of a lifetime. 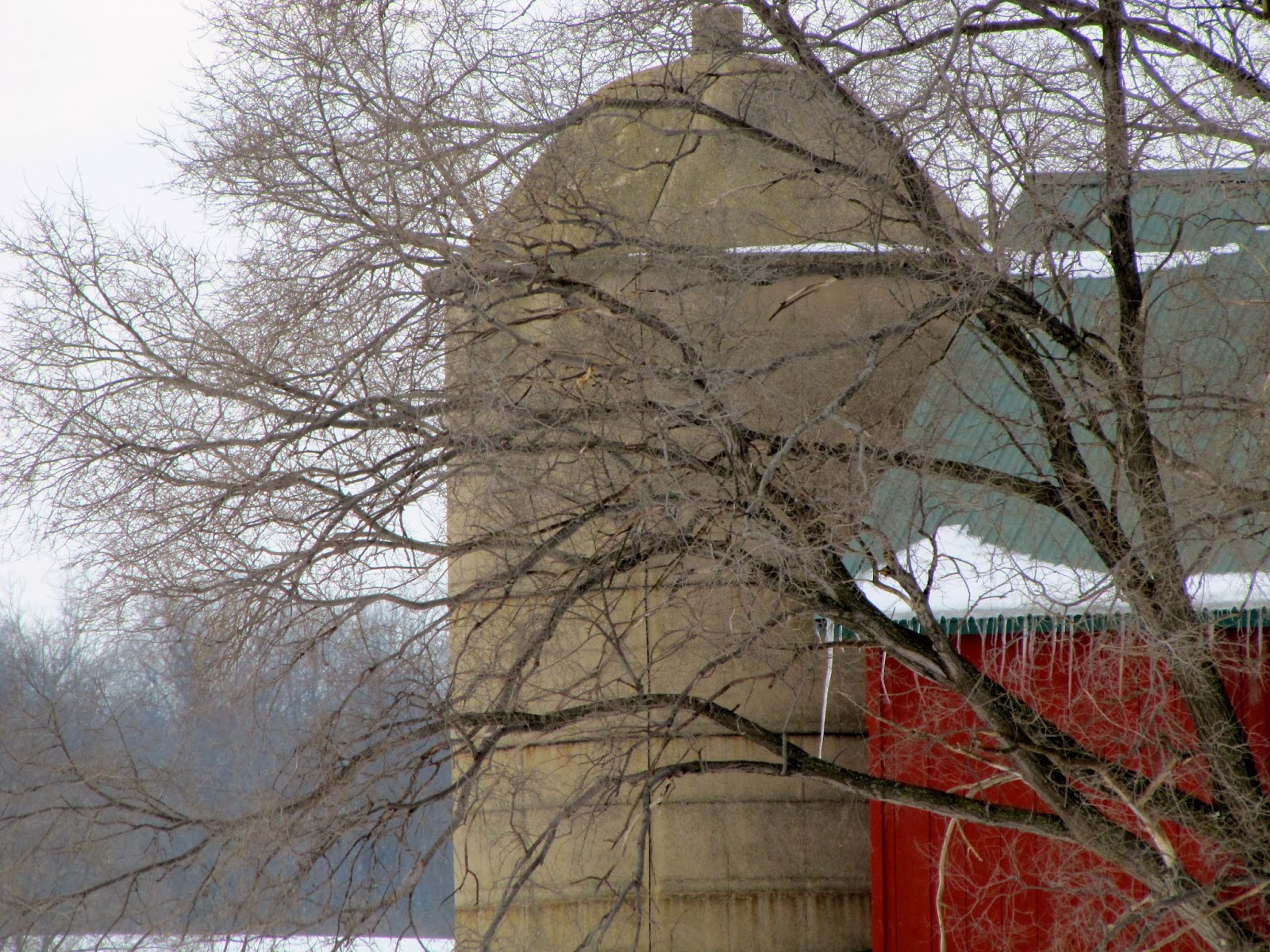 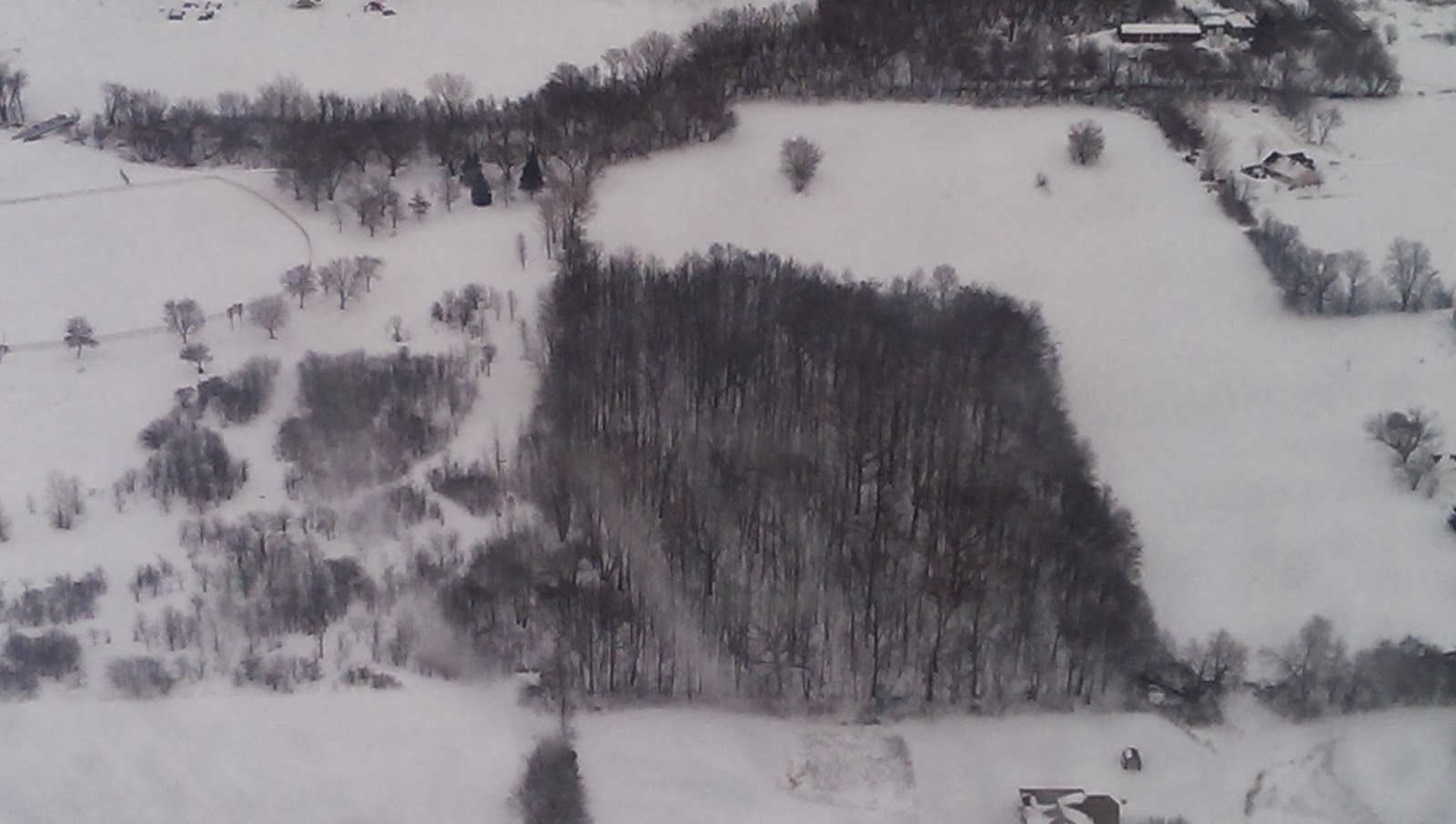 Wisconsin quite took my heart with it's wintery beauty.  As I drove back roads I spotted an older farmer driving his antique-looking tractor pushing snow aside.  I wondered how often he paused in his chores and looked about at the work of his lifetime.  His home itself was a work of art. 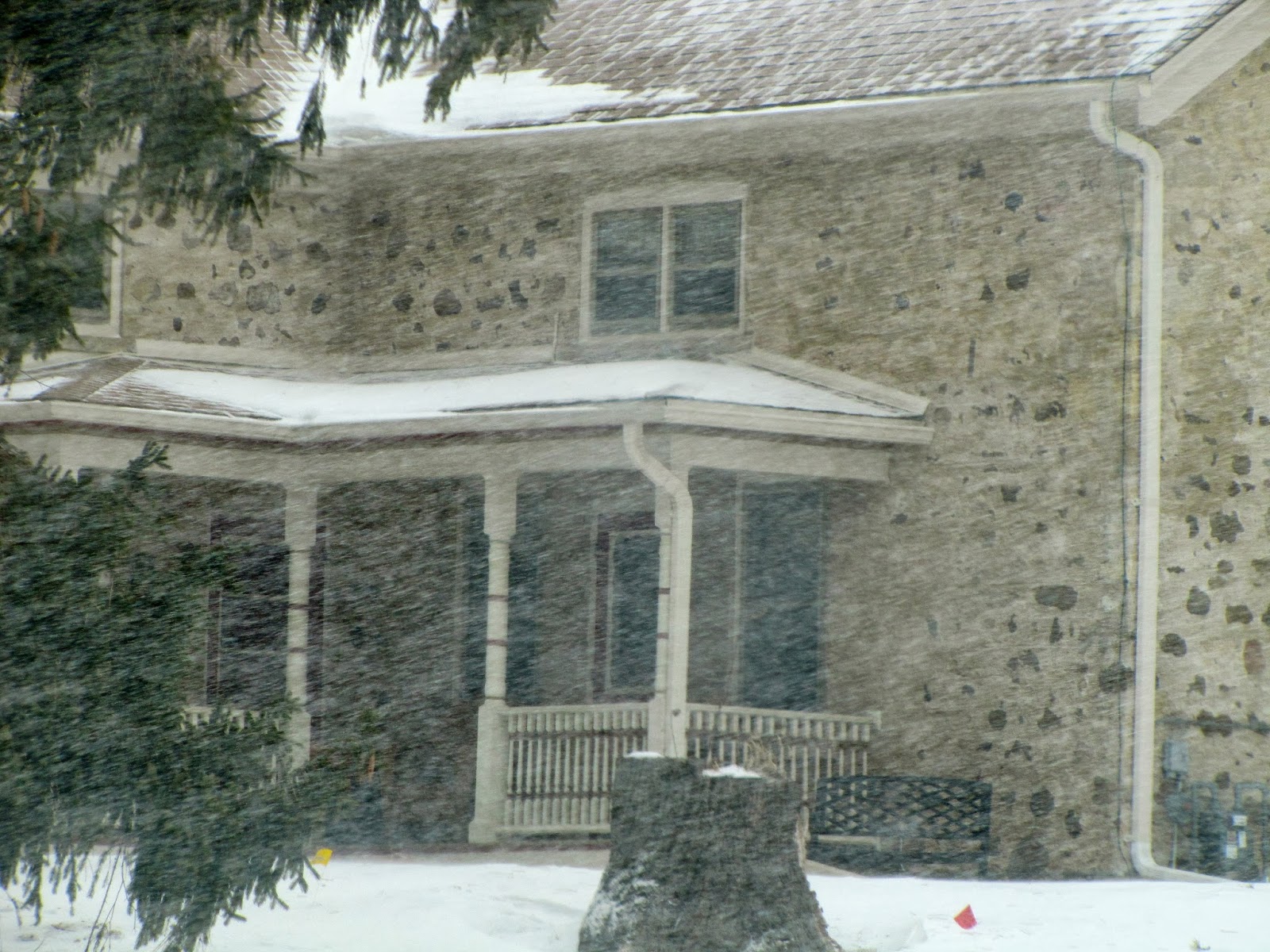 Recently I finally located my Swedish great grandparents.  They came from Sweden as farmers and likely were homesteaders in Pilot Mound, Iowa.  My grandfather remained a farmer all of his life.  Maybe this is why I am so enchanted with farms and loved working hard.

I drove across Illinois and Indiana all on two-lane farm roads.  Slowing to thirty five miles an hour with each little town reminded me that those stretches in between weren't so lonesome. 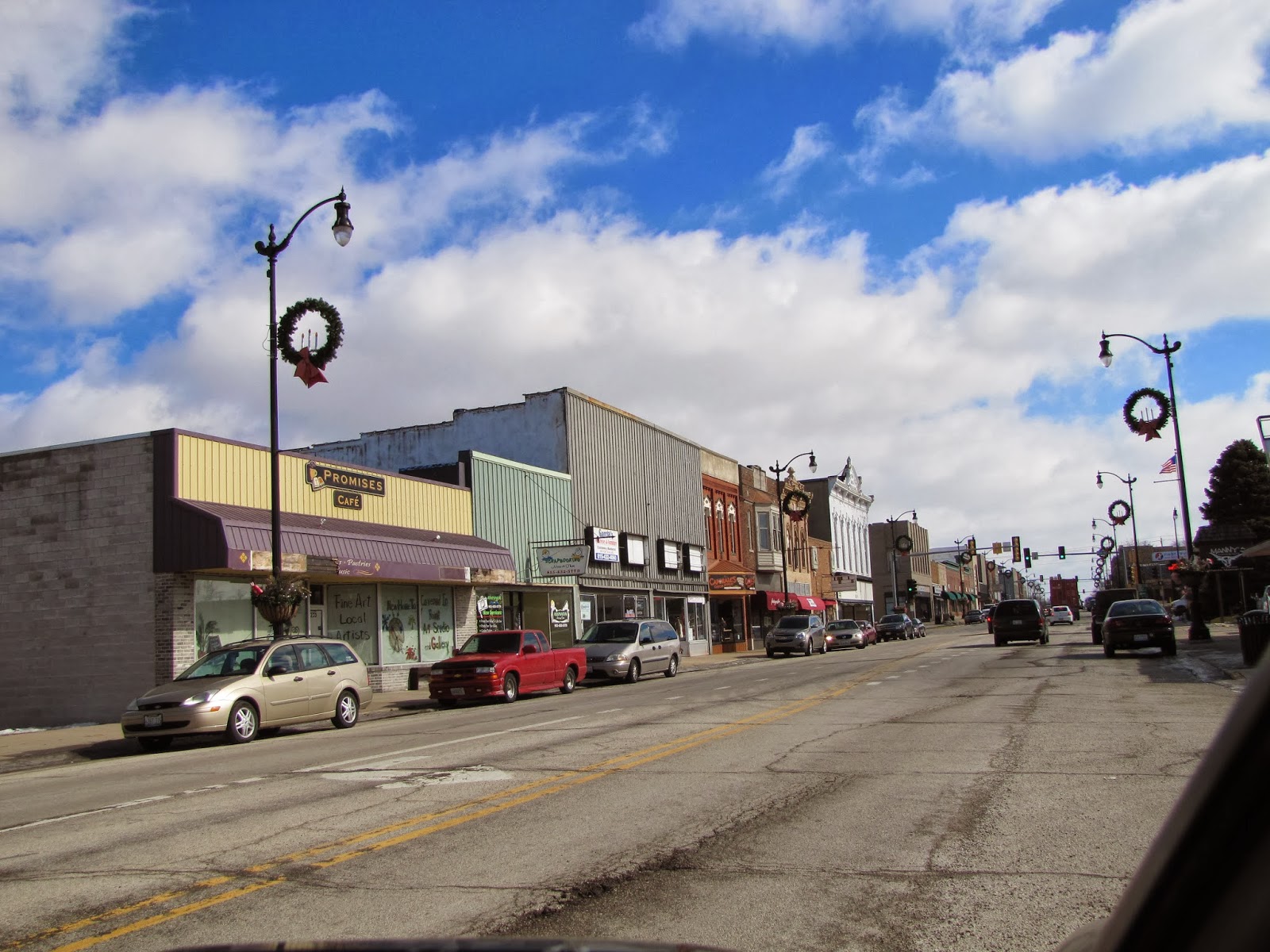 Whizzing by on the Federal highways, one misses so much.  Today I passed hundreds of farms and had the time to be pleased by the unique qualities of the structures and had places to pull over and take photos.  Each of these farm buildings displayed a willingness on the farmer's part to construct a place that would last for years of a hardworking life.

I was lucky.  I had a job that I got to build.  I loved my work.  I suppose when I have dementia, I'll tell silly stories about kids over and over...
Posted by boxoftales at 7:49 PM