Do you have a Rim Shop on your block? 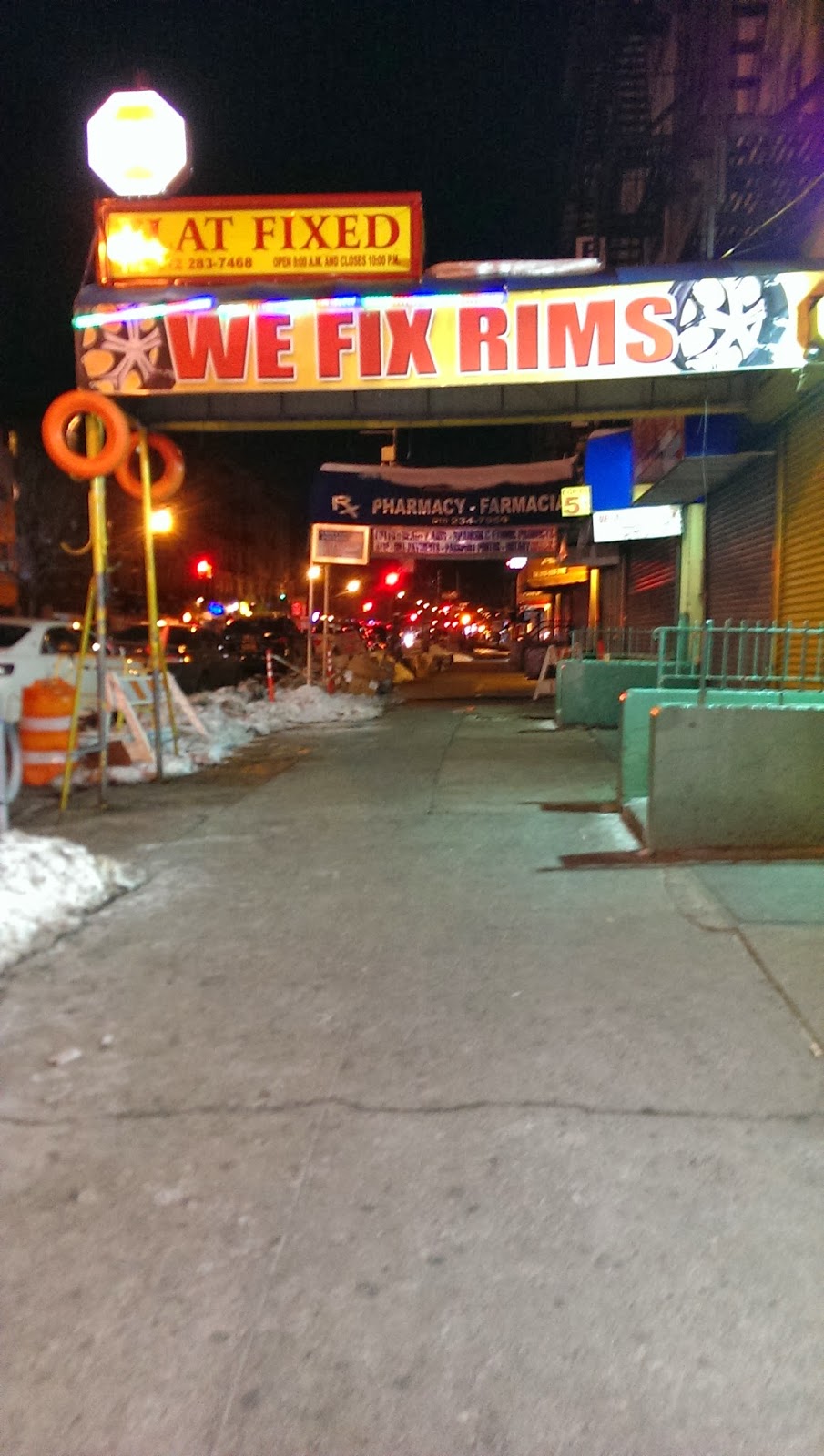 How about barber shops, corner groceries, restaurants and laundromats?  Shops, shops and shops. 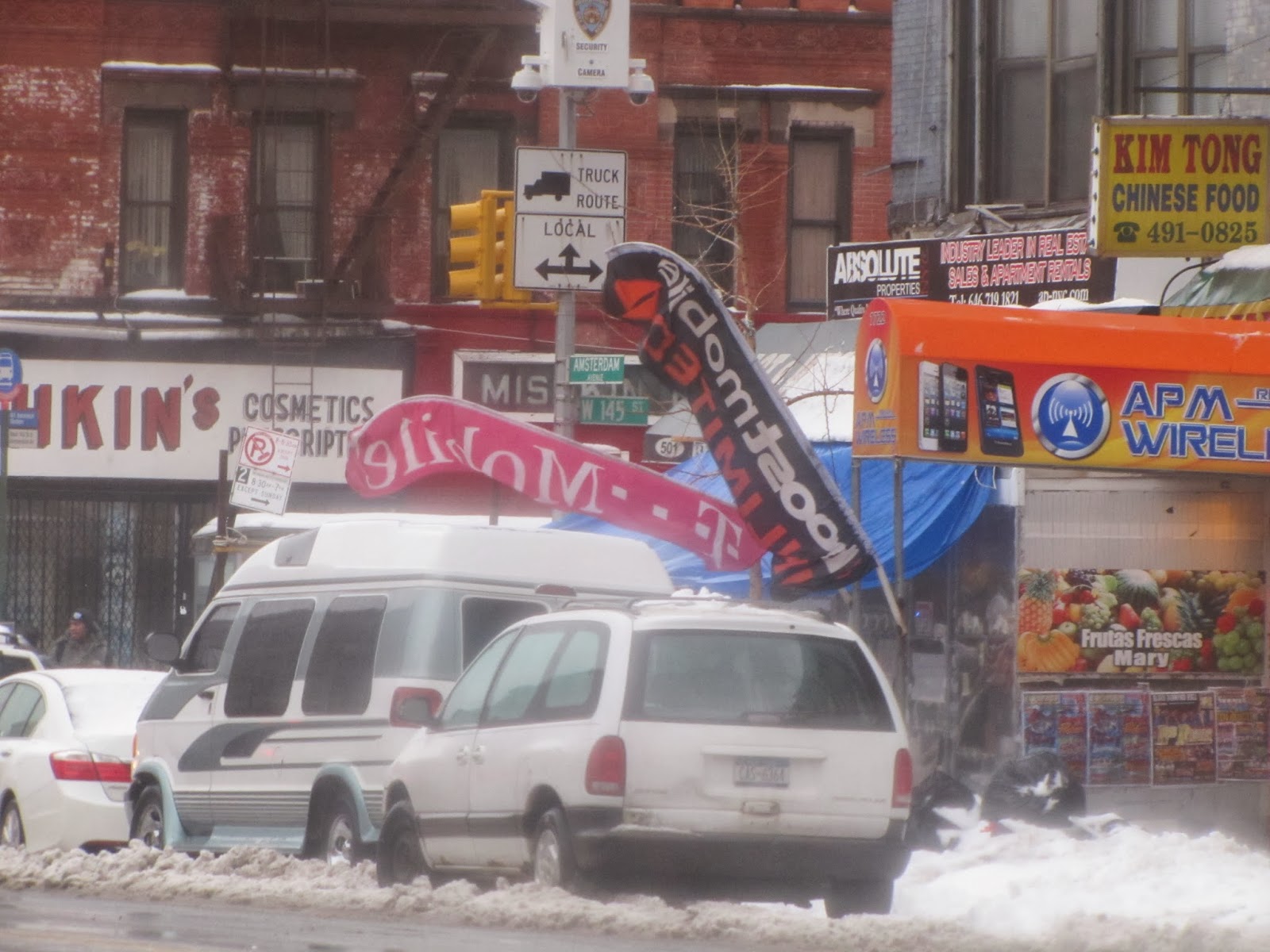 I took a walk around the block today.  I actually was confined to the block unless I was prepared to leap over the puddles swamping each corner.

No one knows me here.  I passed dozens of people. I was spoken to often.  There was an elderly lady grumbling about the sidewalks, a mom who greeted me smiling and a storekeeper salting the walk,. The latter simply addressed me as “beautiful” while we talked.  He noticed that I was taking photos and pointed out trees down the block that were snow covered earlier.  Friendly neighborhood.  On the subway home and walking the area, I am very much a minority.  Often I see only a couple of people who are not of color.  Yet, I feel so welcomed.  Here are a few photos of the neighborhood taken during the rain and snowstorm.

I am staying in a densely populated neighborhood just north of Harlem with Maddie, an African American from Portugal.  She has helped put a face on New York’s evolving potential.  We discussed 9/11.  She has asthma from having been downtown when the towers crashed.  She hasn’t been able to bring herself to visit the site of the 9/11 Memorial.  One evening walking back from Battery Park, I came across the site and being one of the last ones allowed in for the day I took this photo of one of the pools marking a tower.  The site has a distinctive emotional impact. 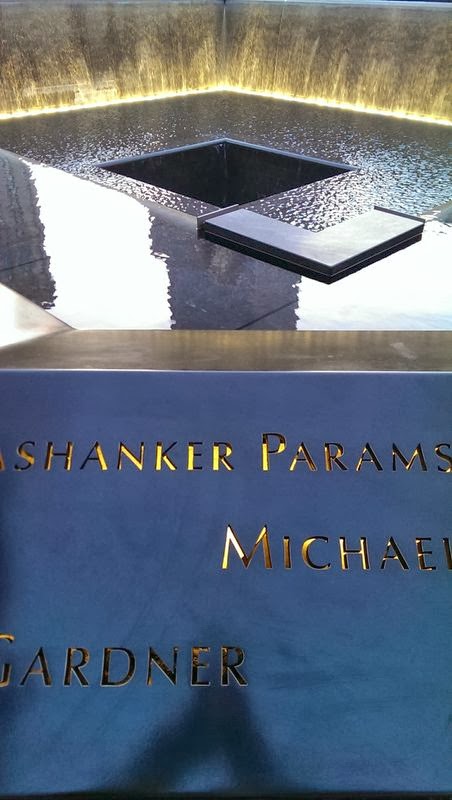 Maddie said that 9/11 changed New Yorkers, as did the Blackout in 2003 and the storm Sandy last year.  Her neighborhood is seeing renovations as people move away from the areas of downtown that experienced flooding last year.  Her neighborhood of Hamilton Heights has a wealth of housing options from old brownstones to large older elegant apartments.  Many have seen some rough times, but the area is a good one. 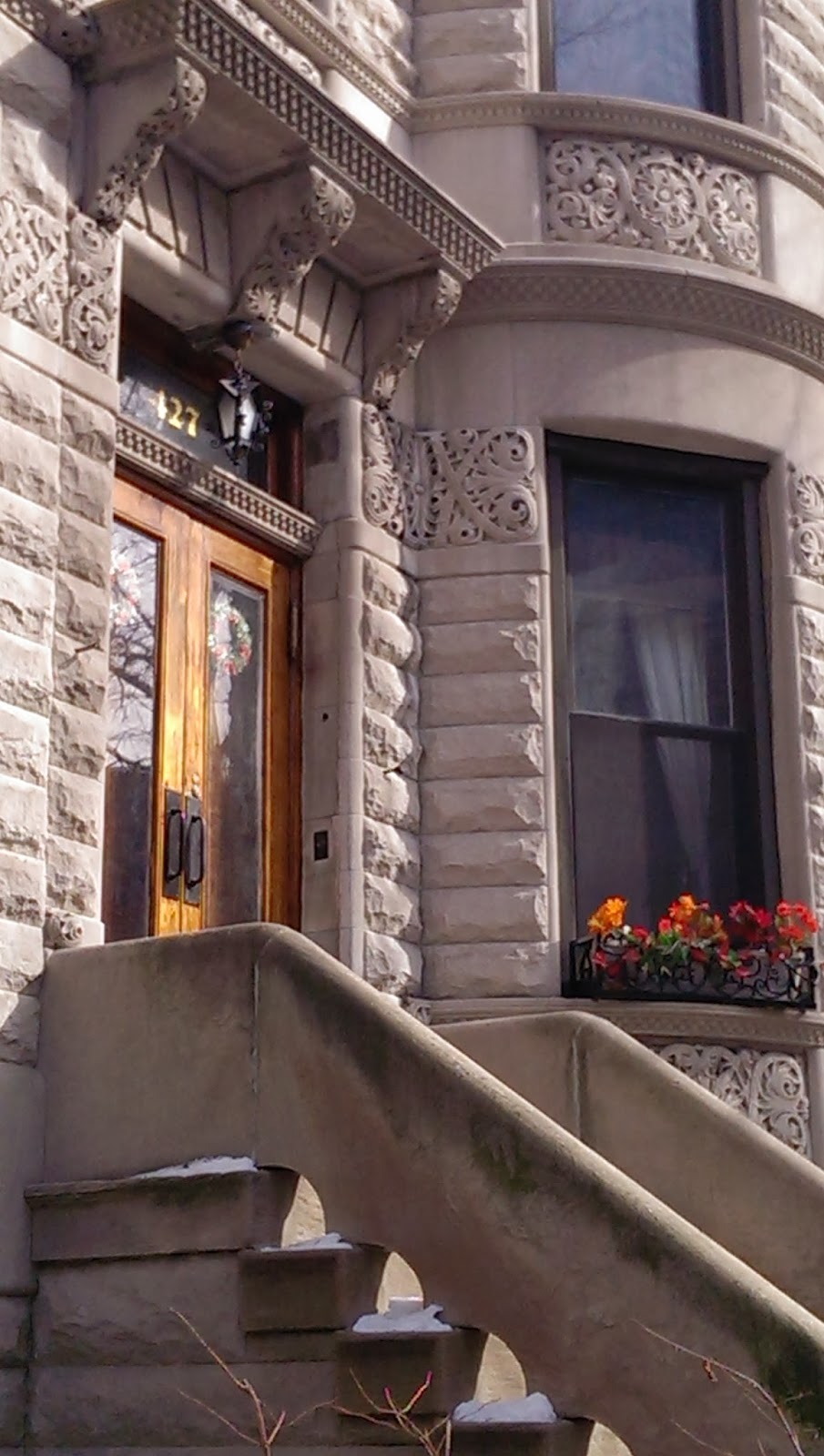 Maddie mentioned that the former Mayor pushed hard to rid the city of crime.  He added more cops and detectives in every neighborhood.  I love coming home late at night.  I always pass a couple of cops walking the beat on my block.  This sign is on my building. 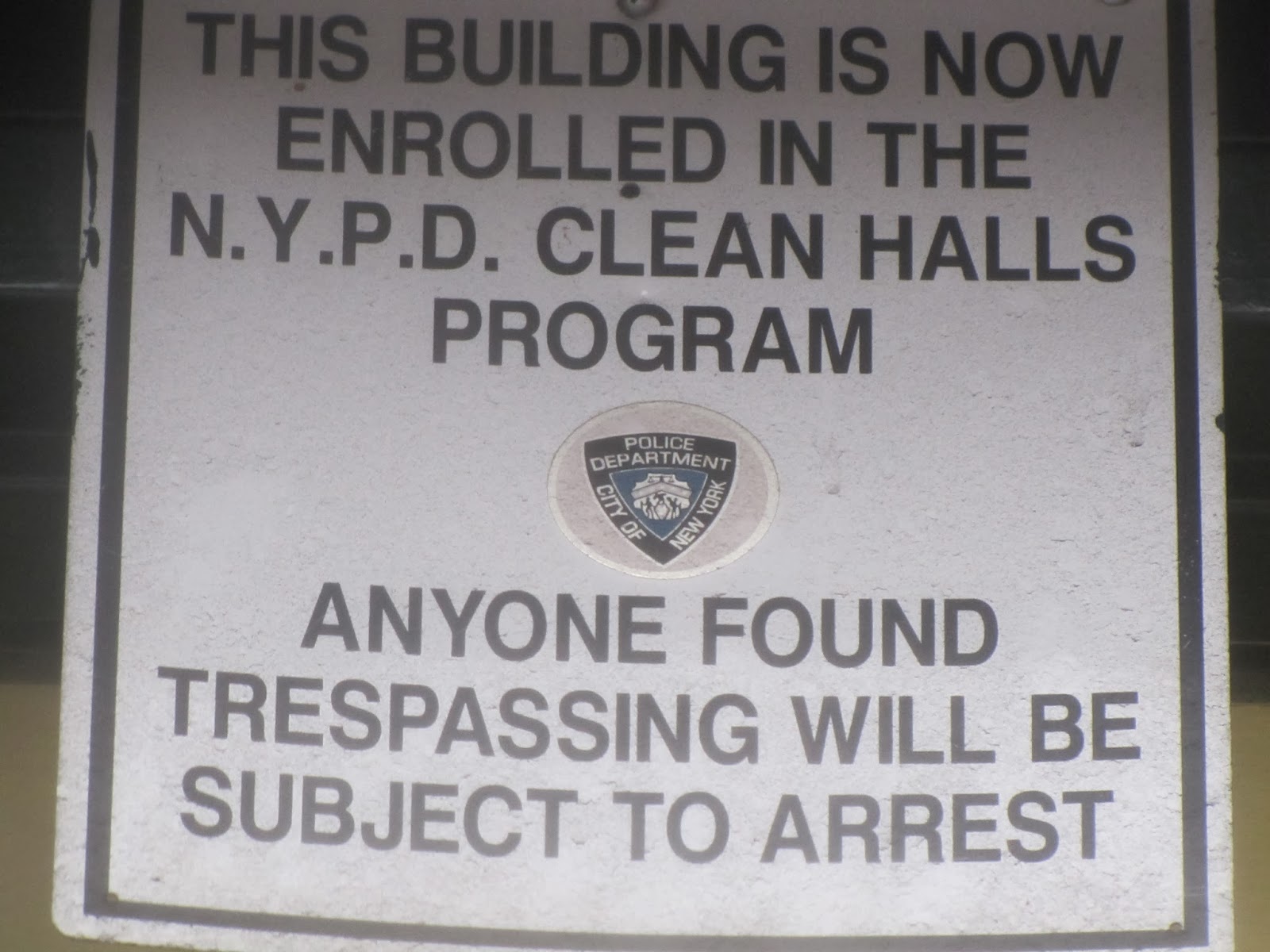 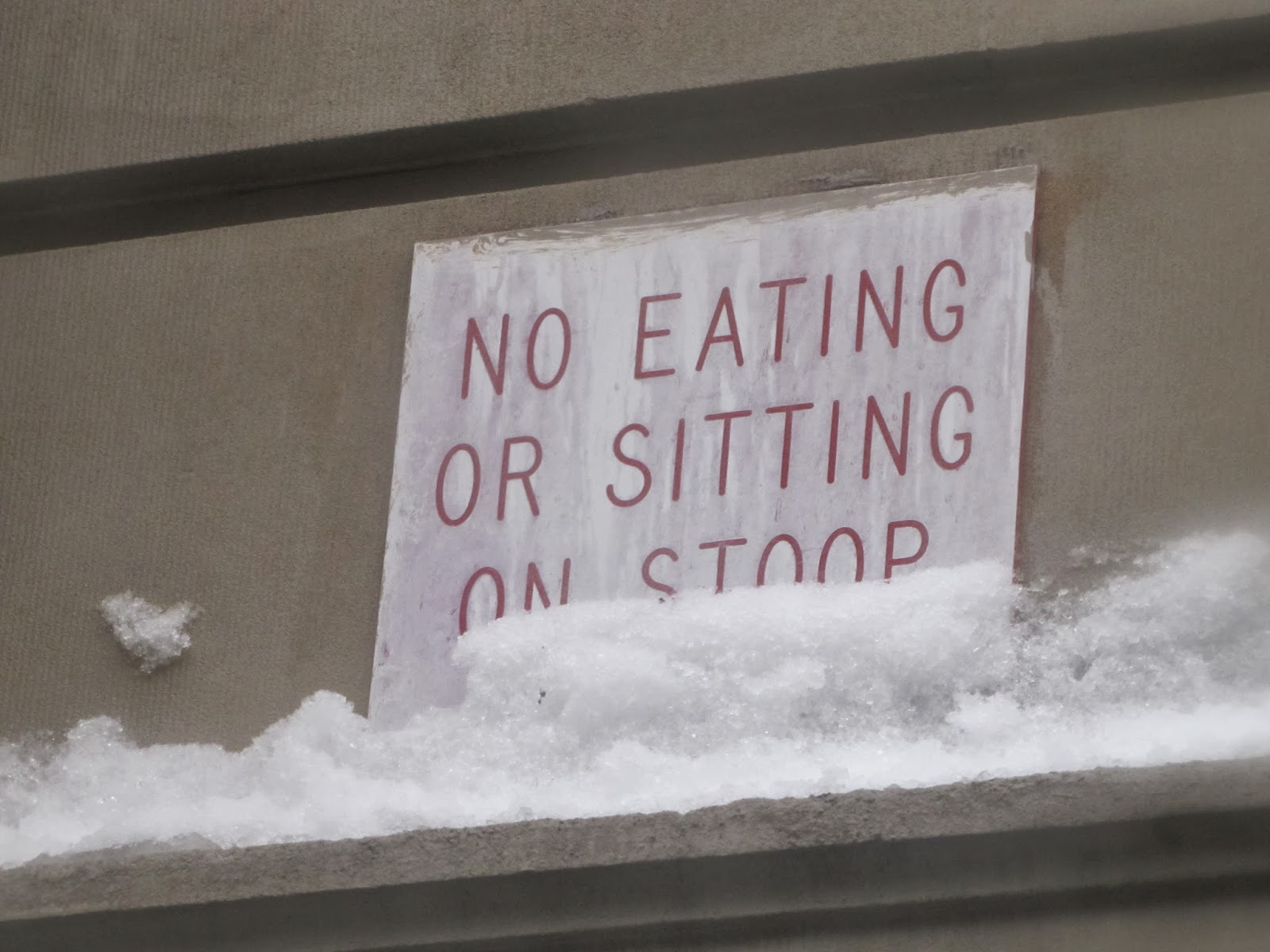 Maddie epitomizes the New Yorker who is there for her fellow Island inhabitants.  During Sandy she took coffee down to the flooded area, invited many people to come stay with her in her two bedroom apartment and share her food.

New York has been good to her.  She came to visit a relative and stayed.  While a single mom she worked full time and earned her Bachelors Degree. She works directing health services in a hospital.  She raised her son well.  By almost a fluke she managed to get his name into a lottery for a school she happened to pass by two days before the enrollment deadline.  The school is the one in Harlem that has gotten so much attention for graduating students and sending them all to college.  Prince Charles visited the school and sat next to her son for a half an hour conversing.  Her son graduated top in his class and has a full ride scholarship to Boston College.  This is the American dream.

New York is working hard to reinvent herself once again.  One rim at a time. 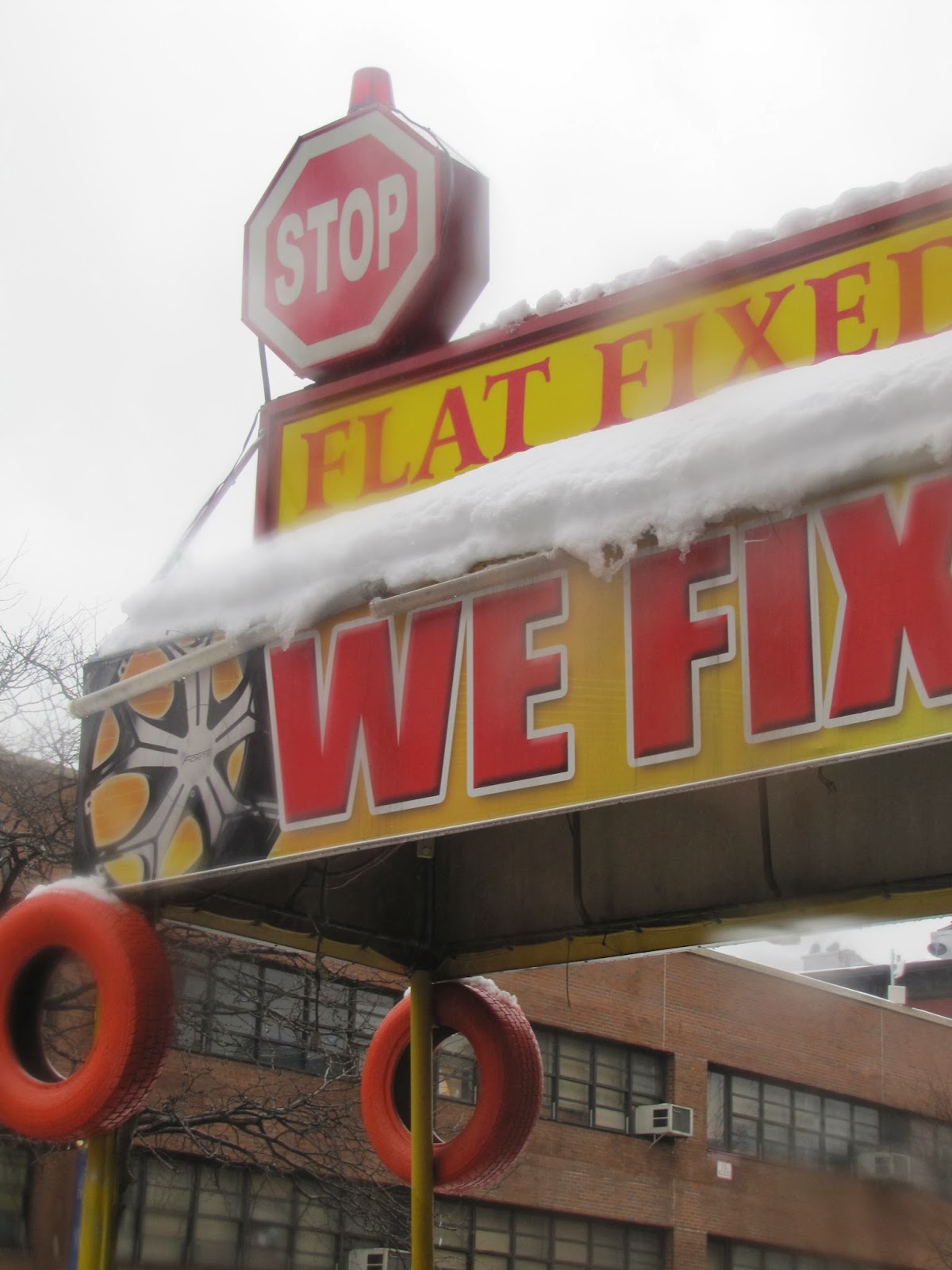 Posted by boxoftales at 8:31 PM