The Grand Welcome at Ellis Island 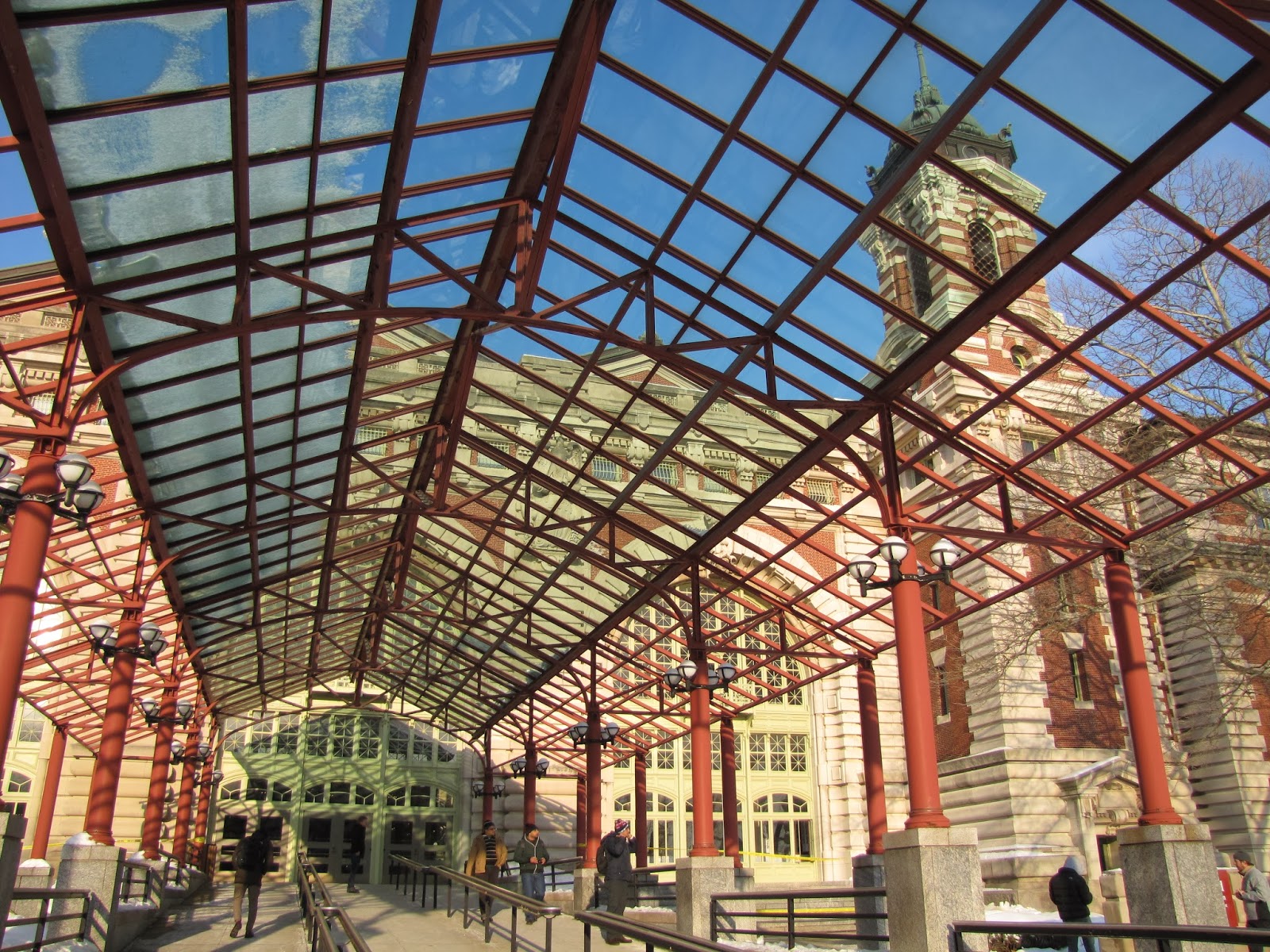 The buildings on Ellis Island welcomed immigrants in a grandiose style, so unlike the guns and fences "welcome" that await so many immigrants today.  Not to say we didn’t try to be selective, but the welcome was as gracious as was possible.  Third class or steerage passengers were processed at Ellis Island.  Those in First or Second class were processed on-board ship and released without going to Ellis Island.  Only a serious illness would earn them a delay.  (Money still divided those with and those without.)

Twelve million people were processed at Ellis Island.  The buildings today have a melancholy feeling as though they wistfully would like the bustle to come back. 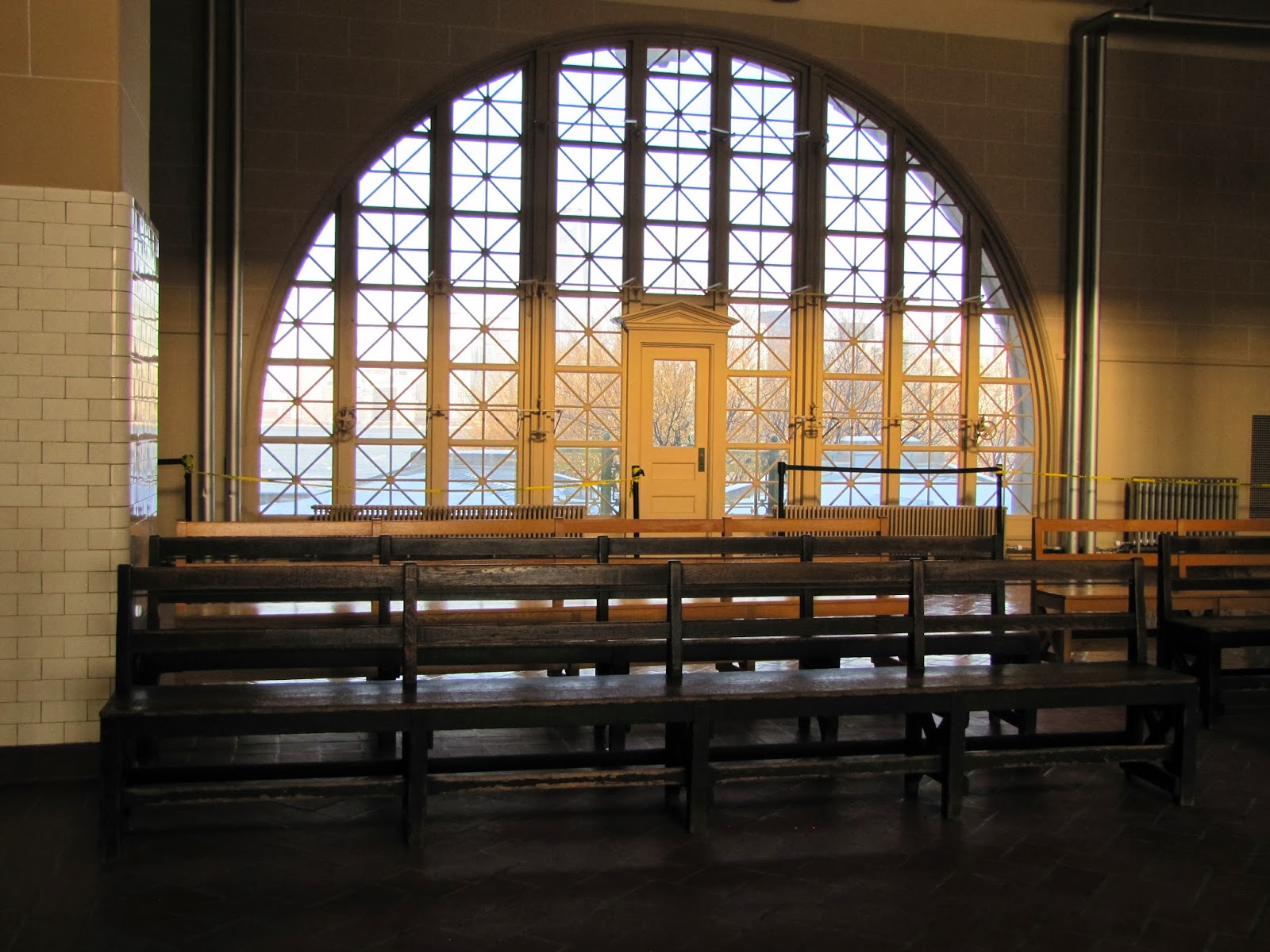 After unloading their trunks or meager belongings, the newly arrived flood of humanity climbed the stairs to a great hall where they waited to begin the processing. 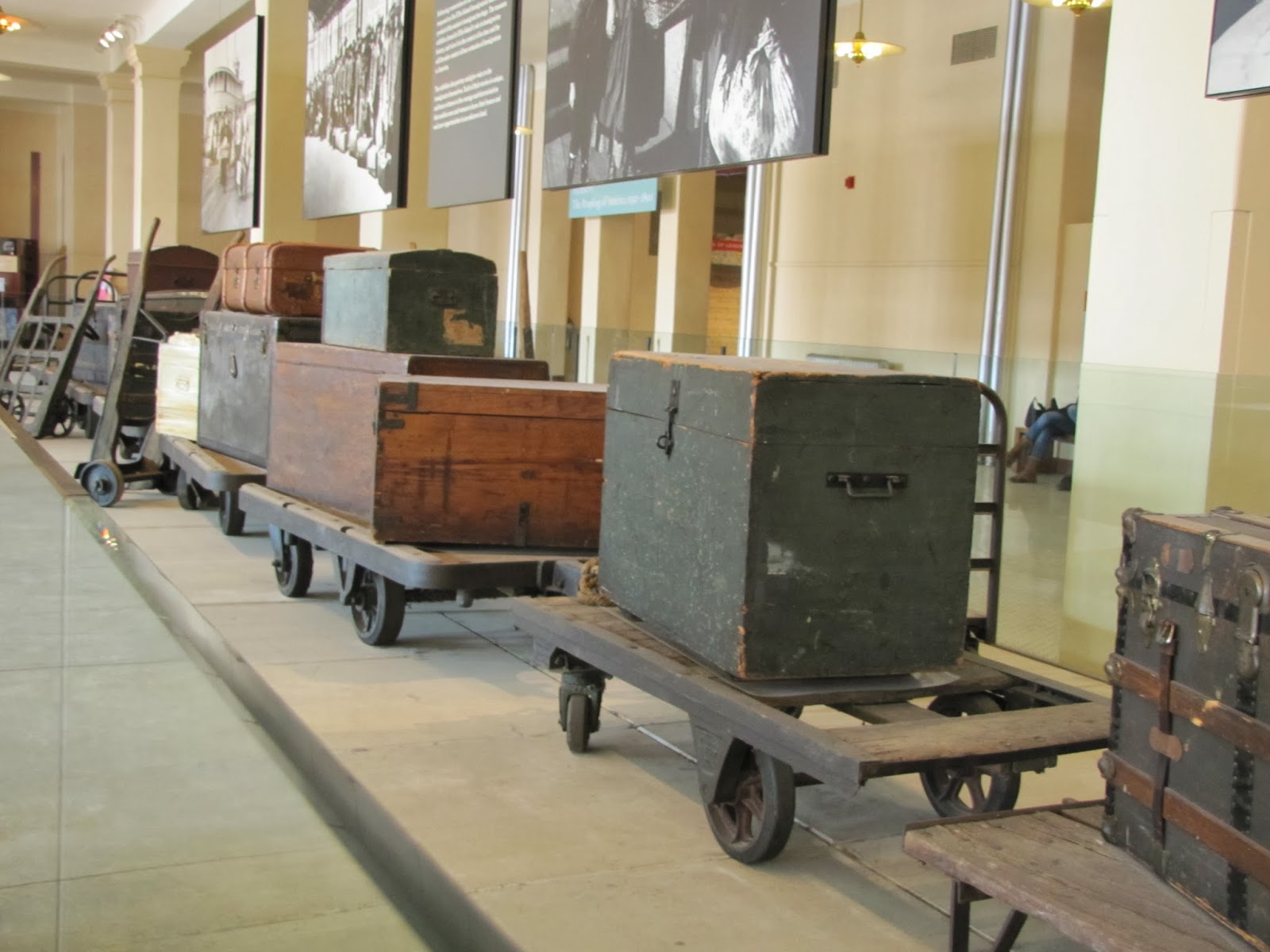 There are only eight original benches remaining of the roomful of benches.  You can see the wear that they have endured.  I can just image sitting here fearful, hopeful and exhausted.  Immigration officials stood at wooden tables and checked names against the ship manifolds, determining American spellings of surnames. 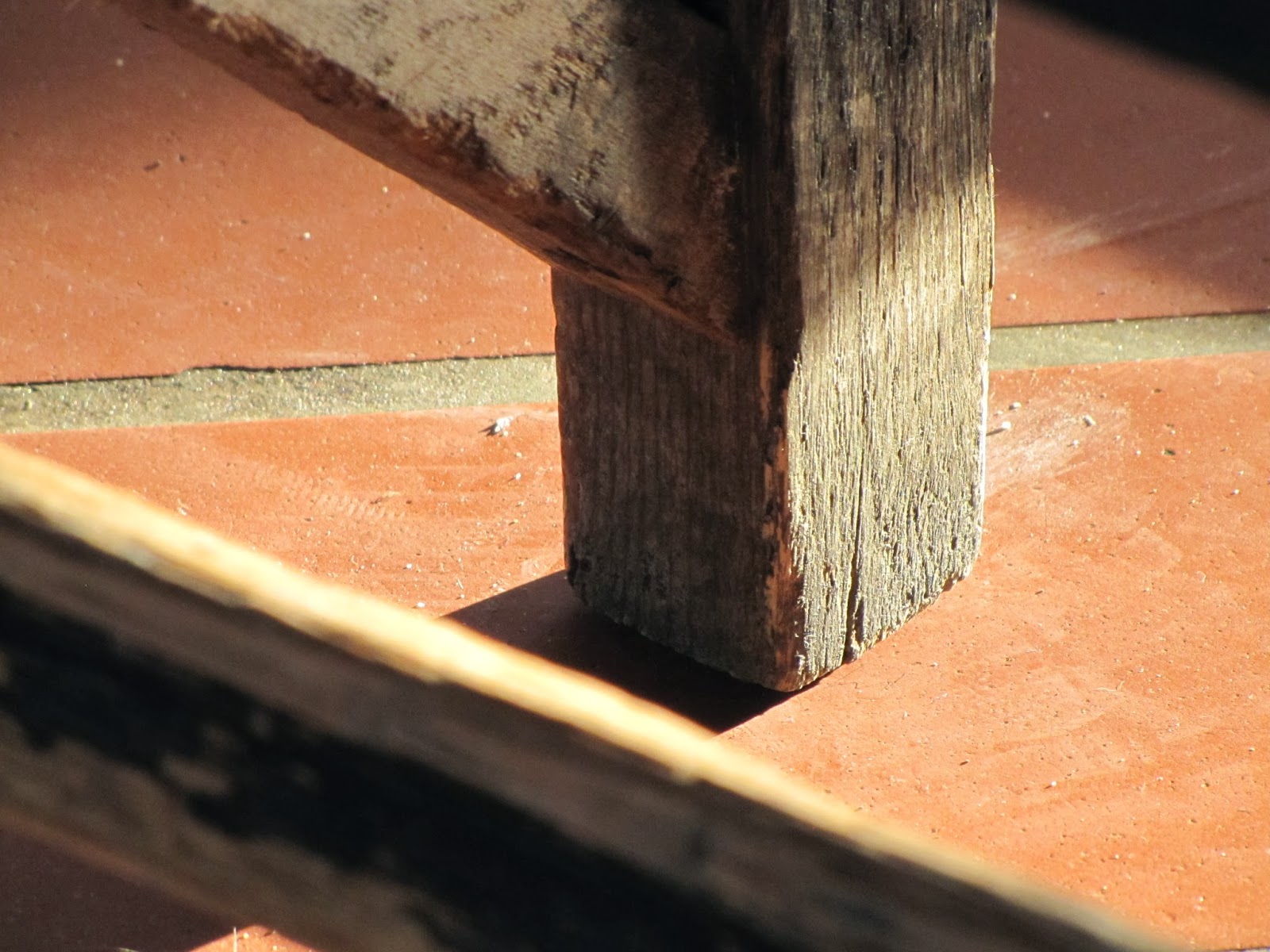 The next step in processing was a quick physical examination.  Six seconds. That quick.  The unfortunate ones, whose clothes were marked with a chalked note indicating a need for closer exams, were escorted down these sterile-looking hallways.  It would seem possible that some had never seen such a spotless gleaming hall. 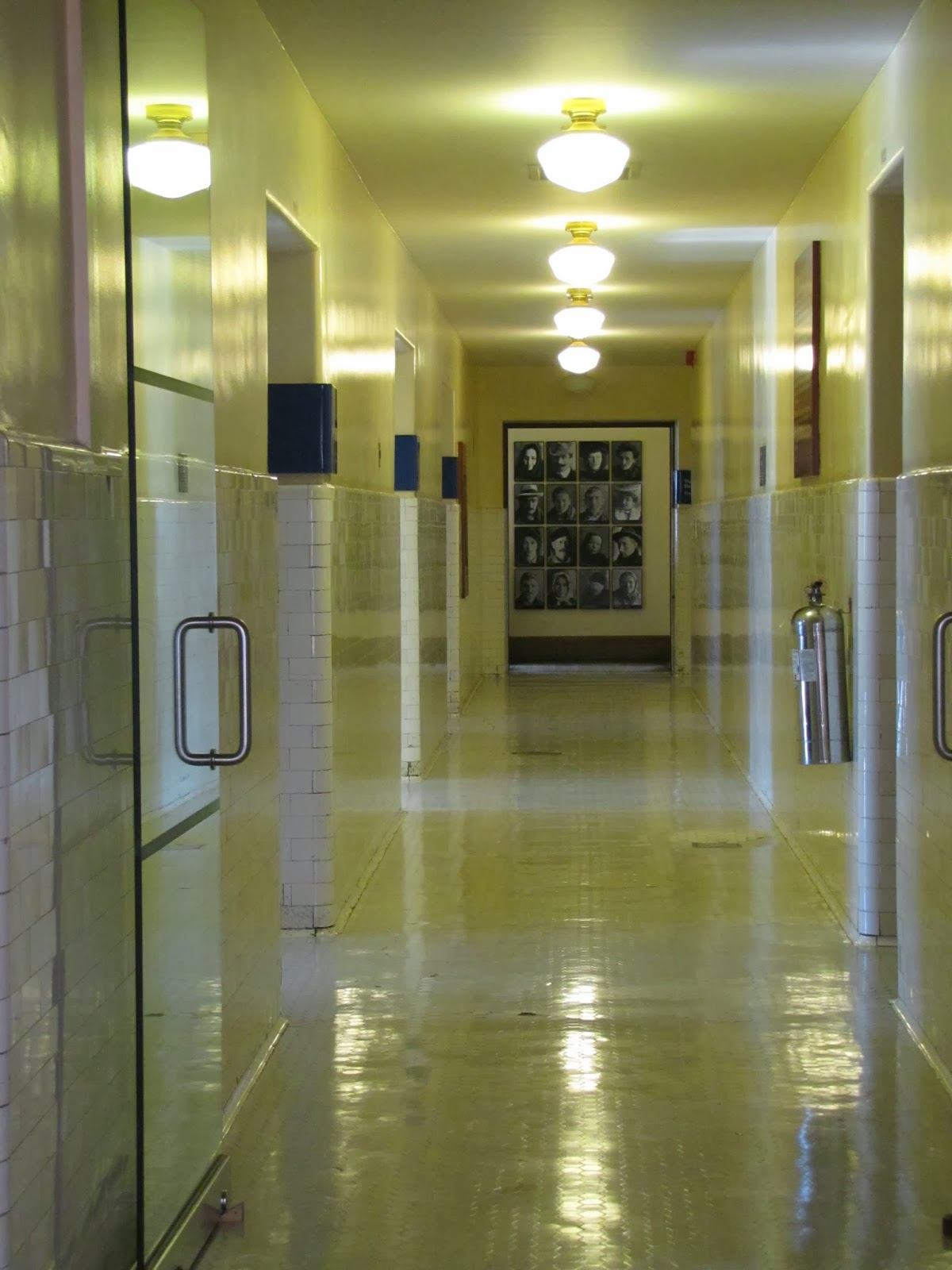 If the doctors determined that you could be cured or should be quarantined, you might be sent across the small dock area to stay in a hospital facility. 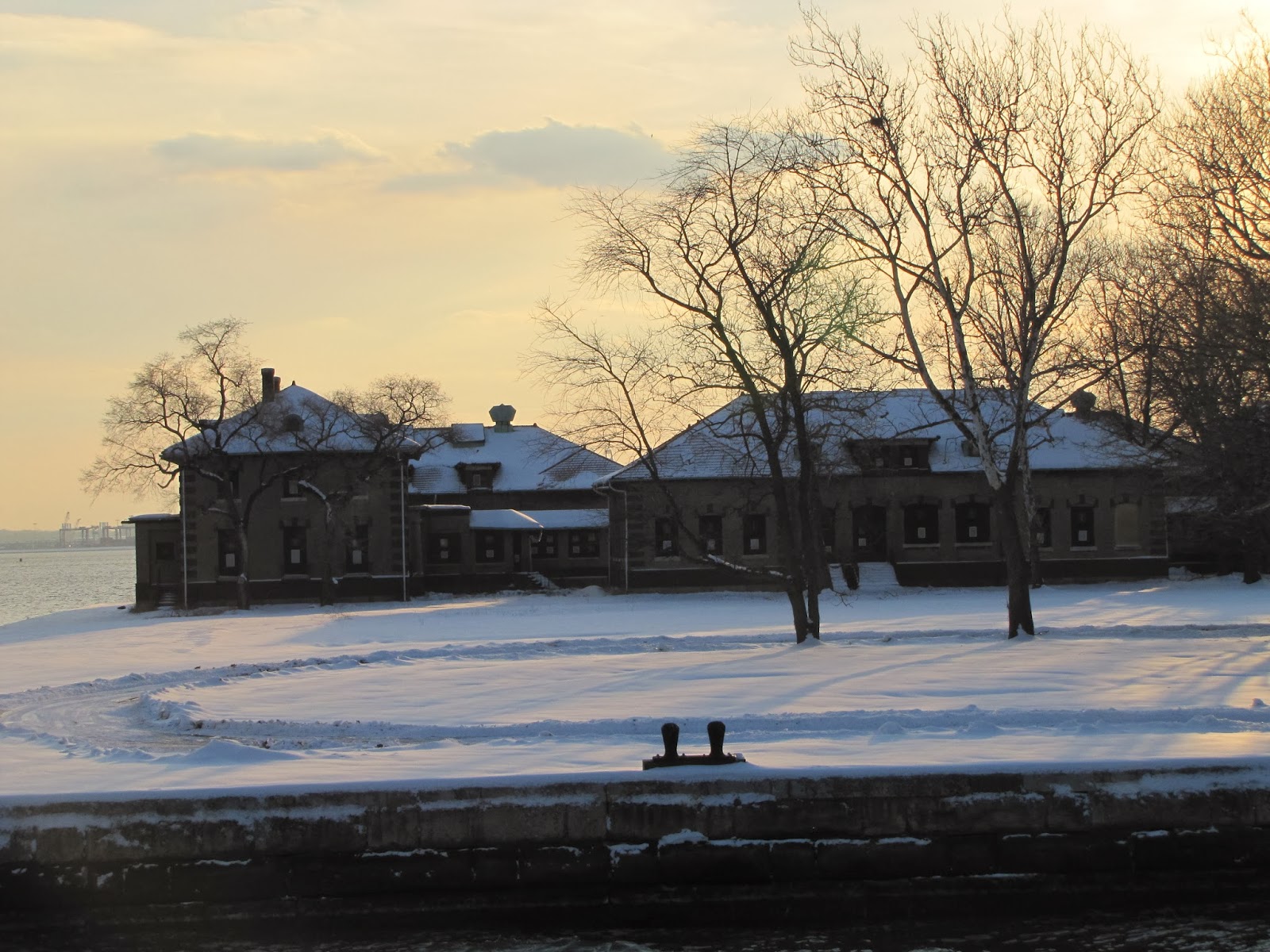 The immigrants was allowed to bath while their clothes and belongings were fumigated.  Heads were checked for lice.  Families were separated for this process adding a worrisome element to the process.  Food was served in cafeterias.  These doors led from a cafeteria to an outside area with a view of the New York skyline.  Notice the elegant  window details.  America was courting those who came seeking.  She looked good. 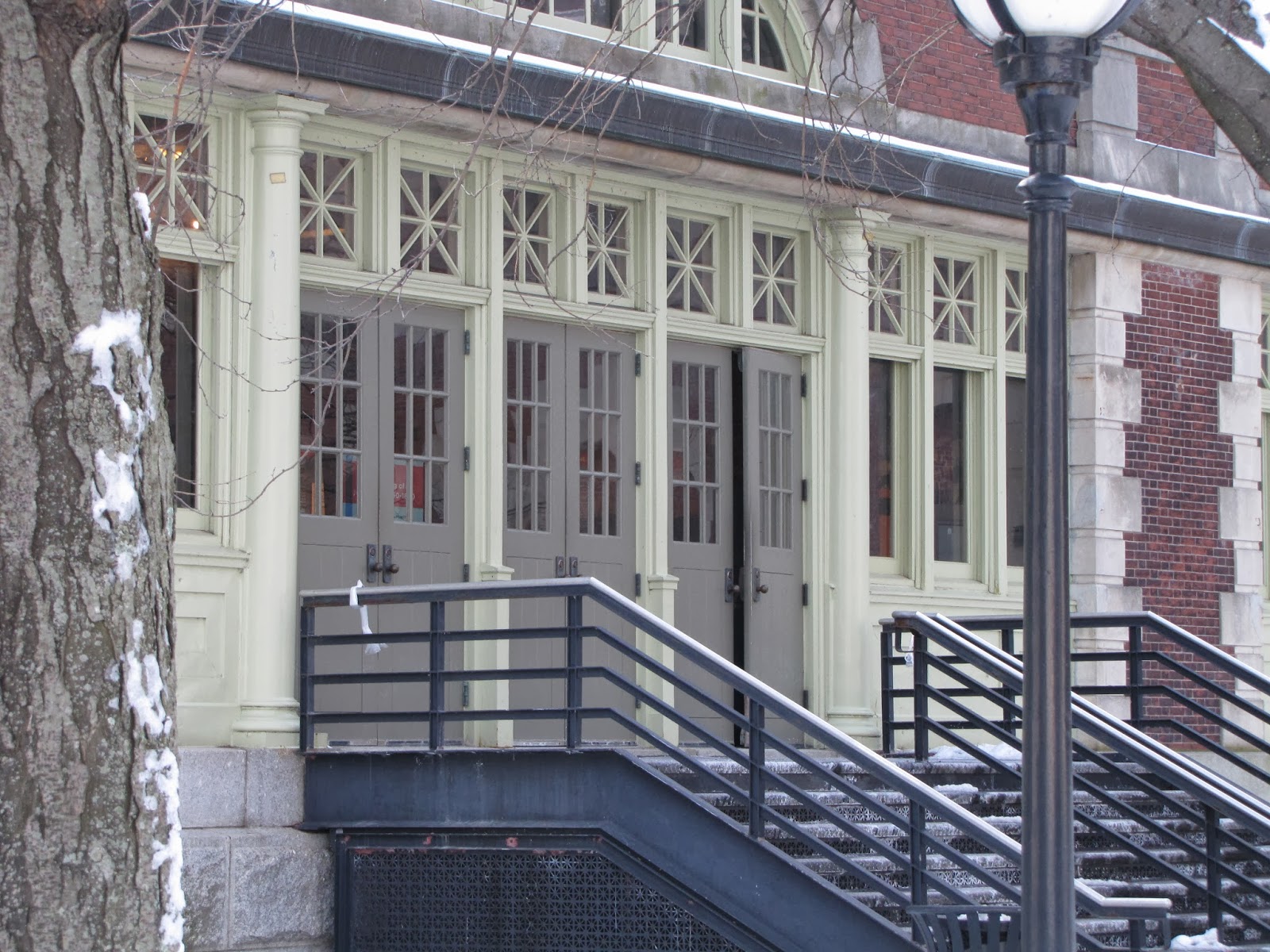 The storm Sandy created more difficulties than the immigrants had in maintaining the site.  Boarded-over windows and signs of construction were evident in every building. 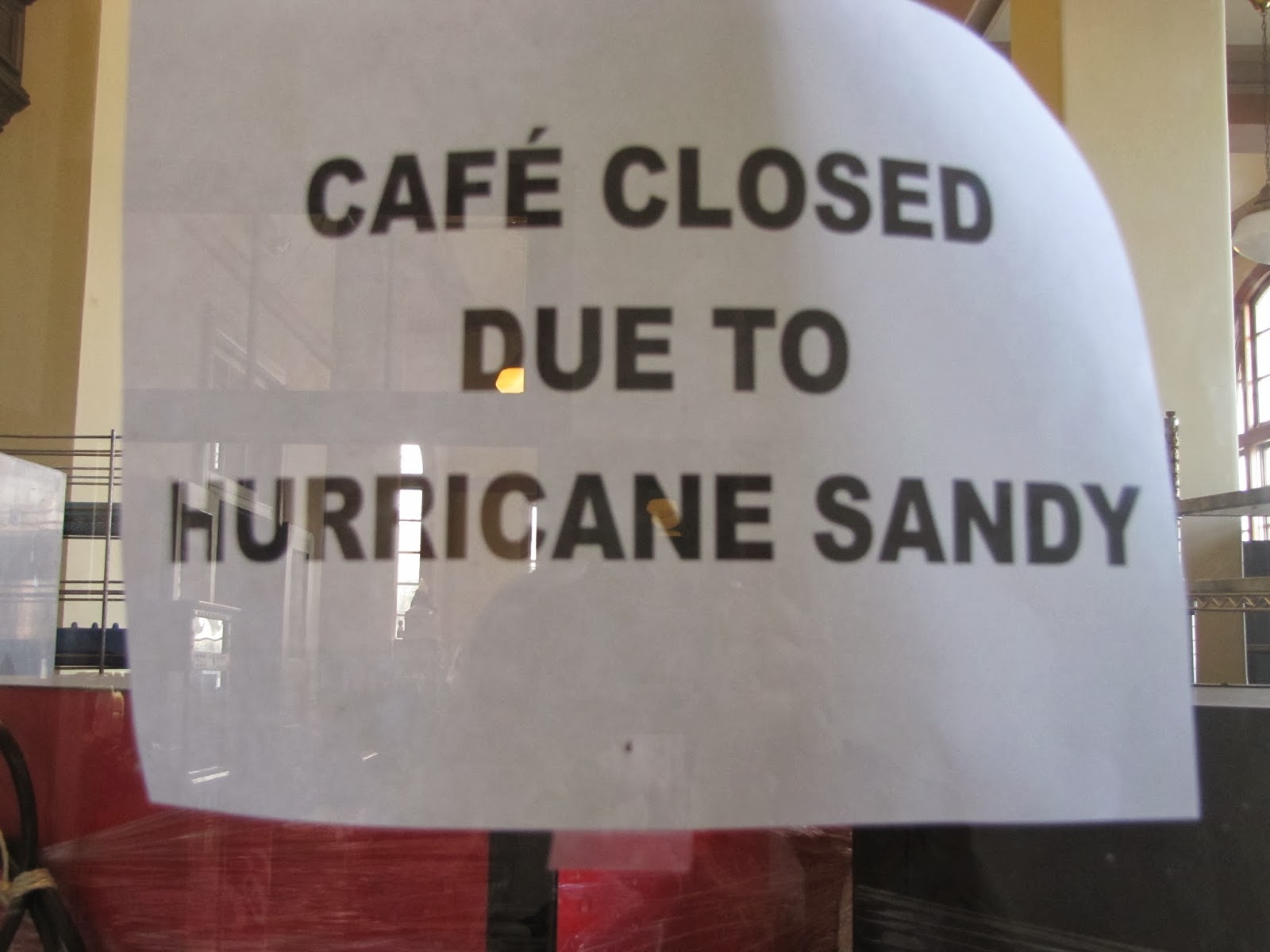 As immigrants were released and were ferried to New York Island they could look back at the Statue of Liberty on the left and Ellis Island on the right. 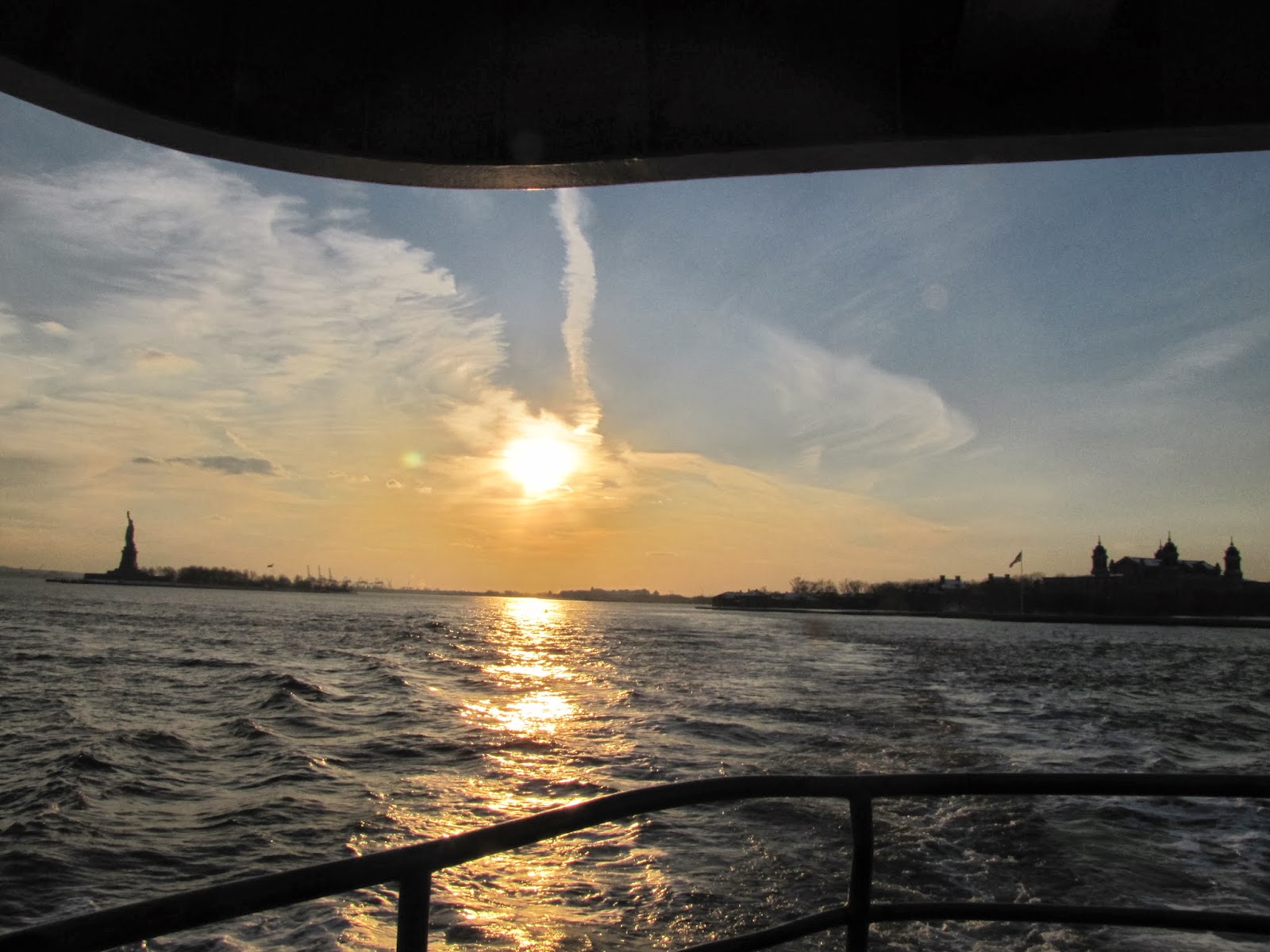 Turning about they would see the dense array of buildings of their new home. 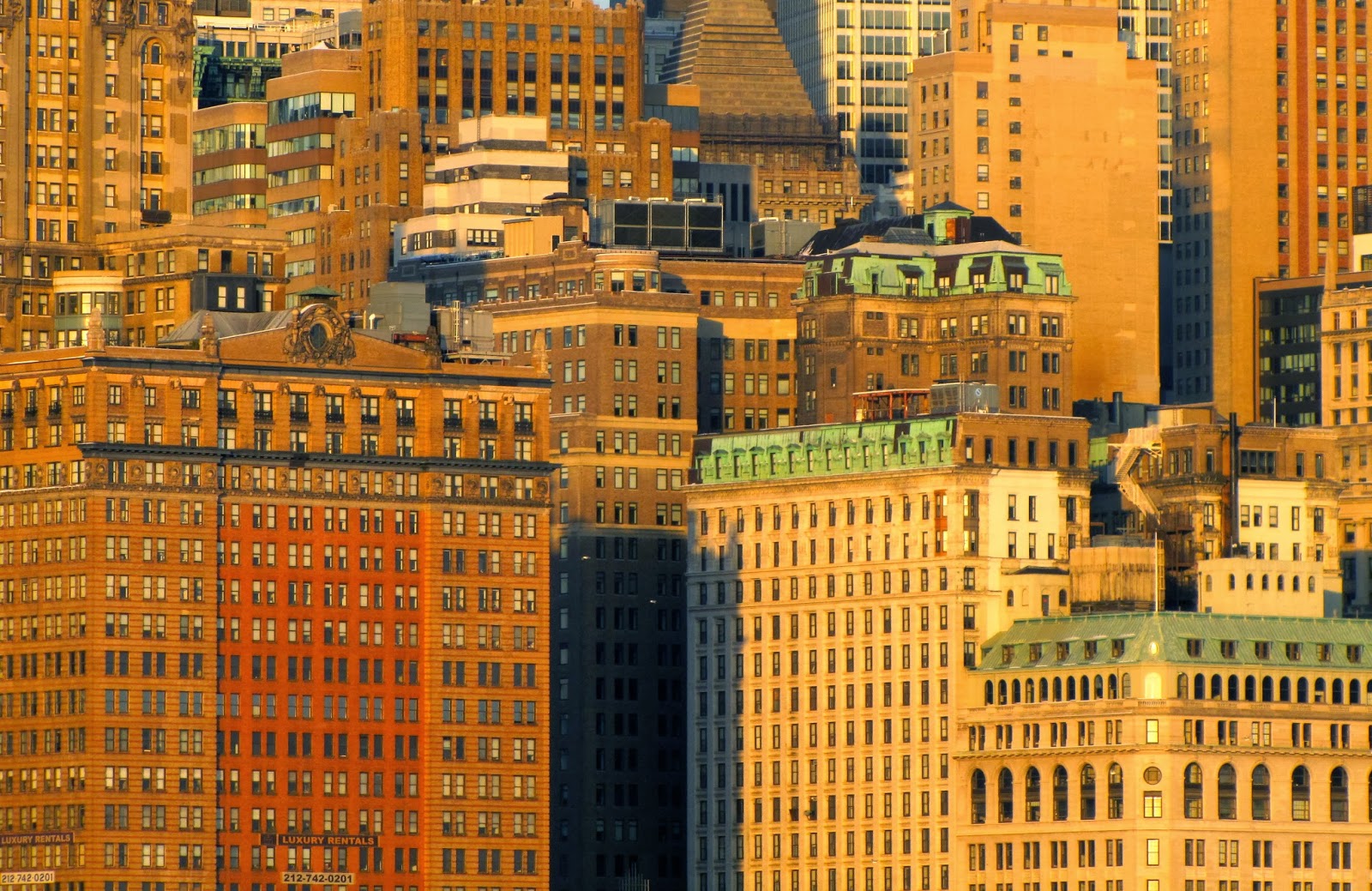 Posted by boxoftales at 5:27 PM