"Two roads diverged in a wood, and I
I took the one less traveled by,
And that has made all the difference." 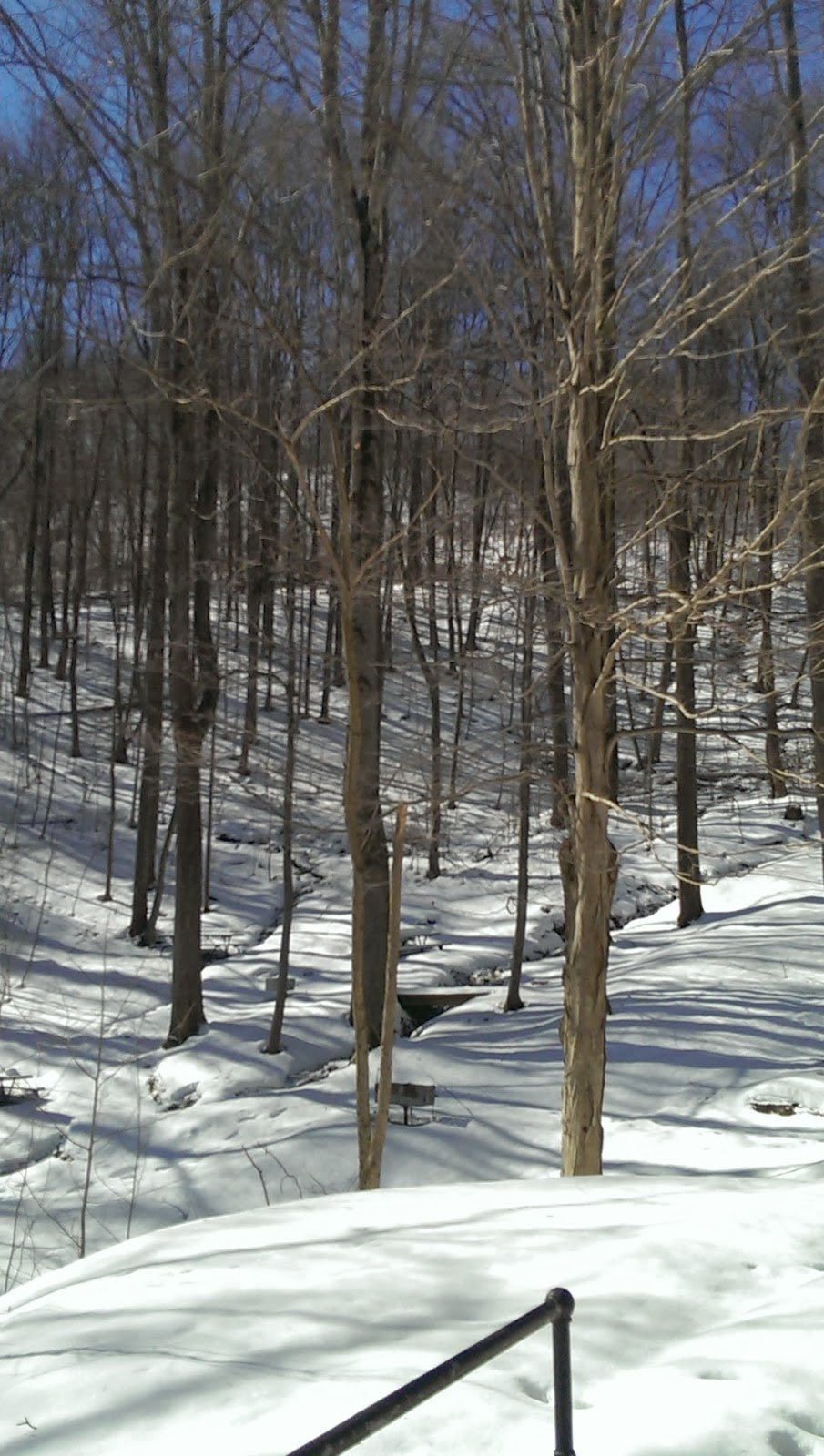 Were I traveling with Robert Frost he would approve of my highway and byway choices.  I found Pennsylvania charming with it's little roads all parting ways through wooded hills or old towns.  One such smaller road off of a smaller highway led me past a Pennsylvania vernacular house.  I'd been looking for such a house. 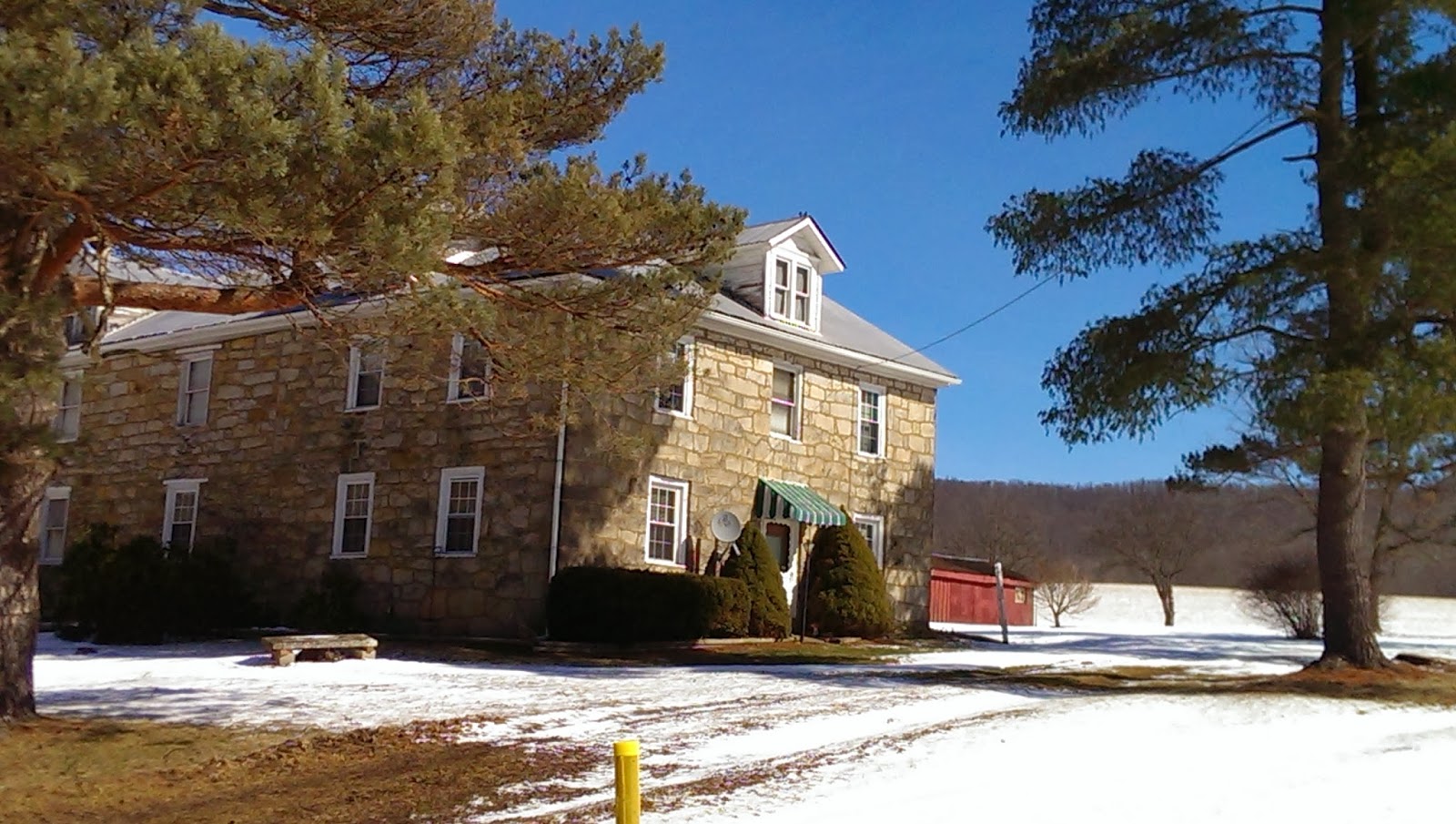 I had noticed the term Pennsylvania vernacular  and liked the way it rolled off the tongue and sounded so educated. 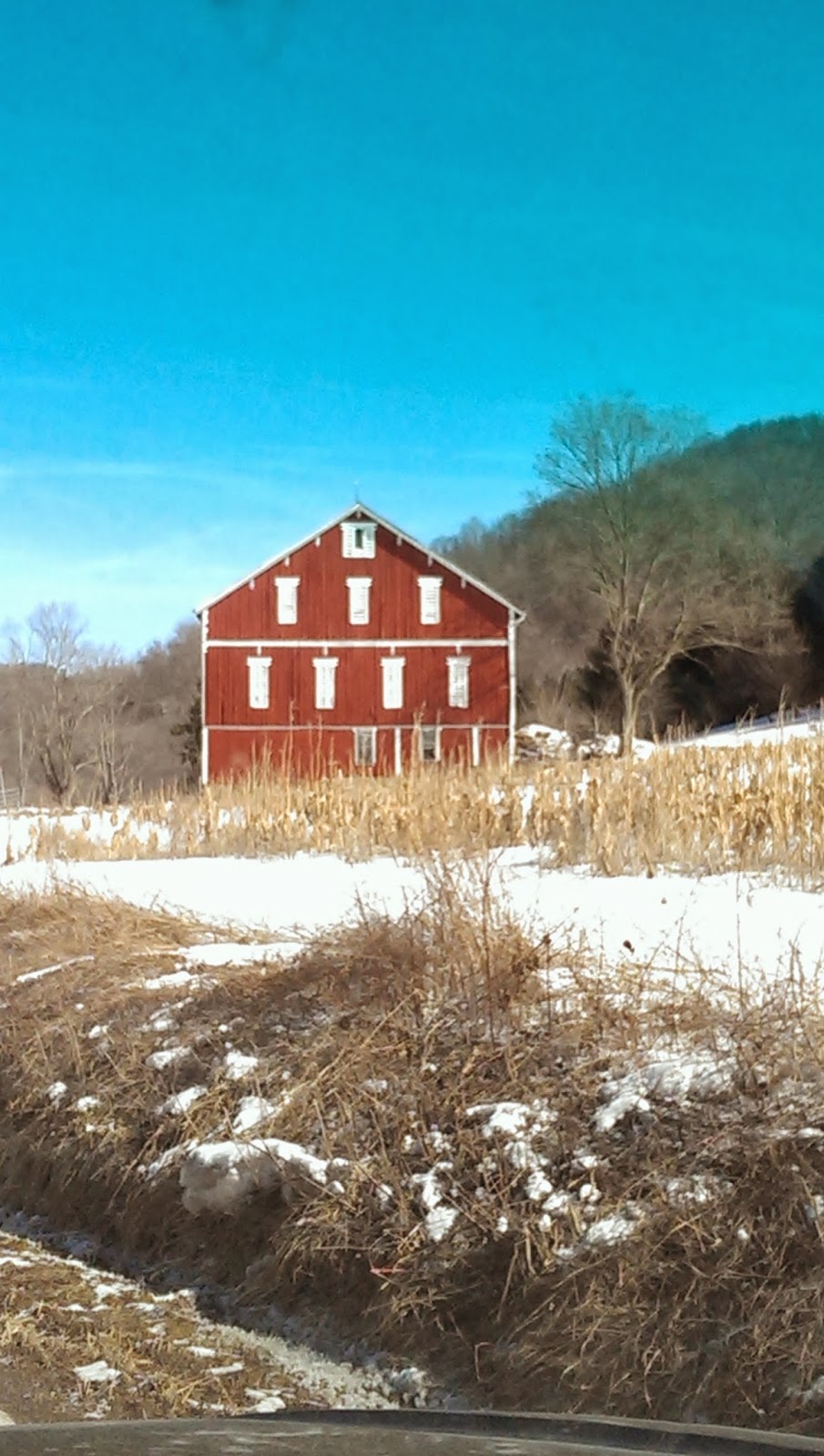 The intended destination on this side road was a covered bridge.  I'd noticed signs indicating others, but this one turned out to be a particularly attractive one.  A hunting dog barked at me as I got out to survey the bridge.  Felt like a fitting sound in this country. 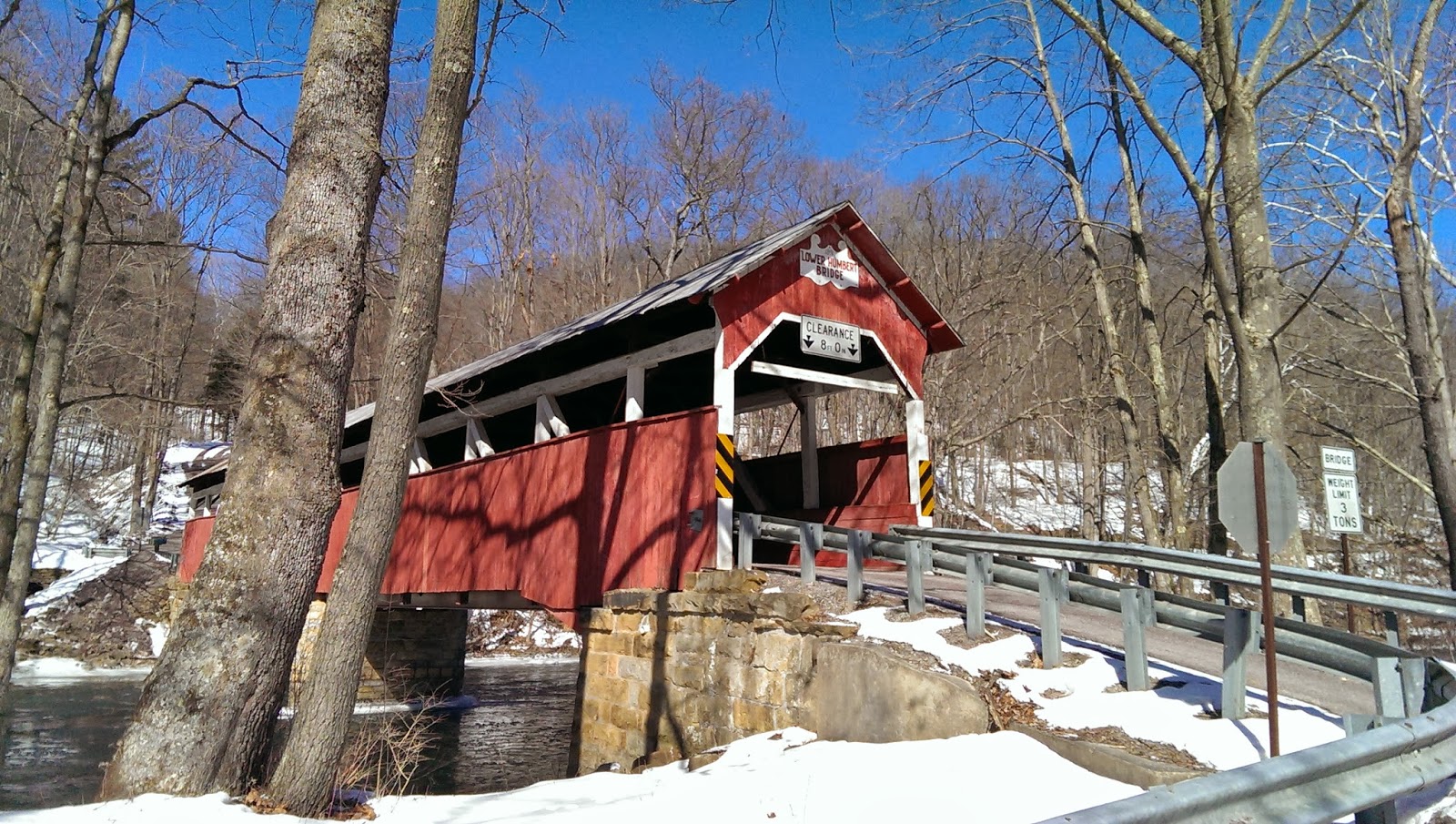 I'm staying in a delightful small cabin for a few days gathering my thoughts, sorting piles and circling destinations on my maps. If you were in the area and wished to stay here contact Steve Wenham at info@thebearpawcabin.com 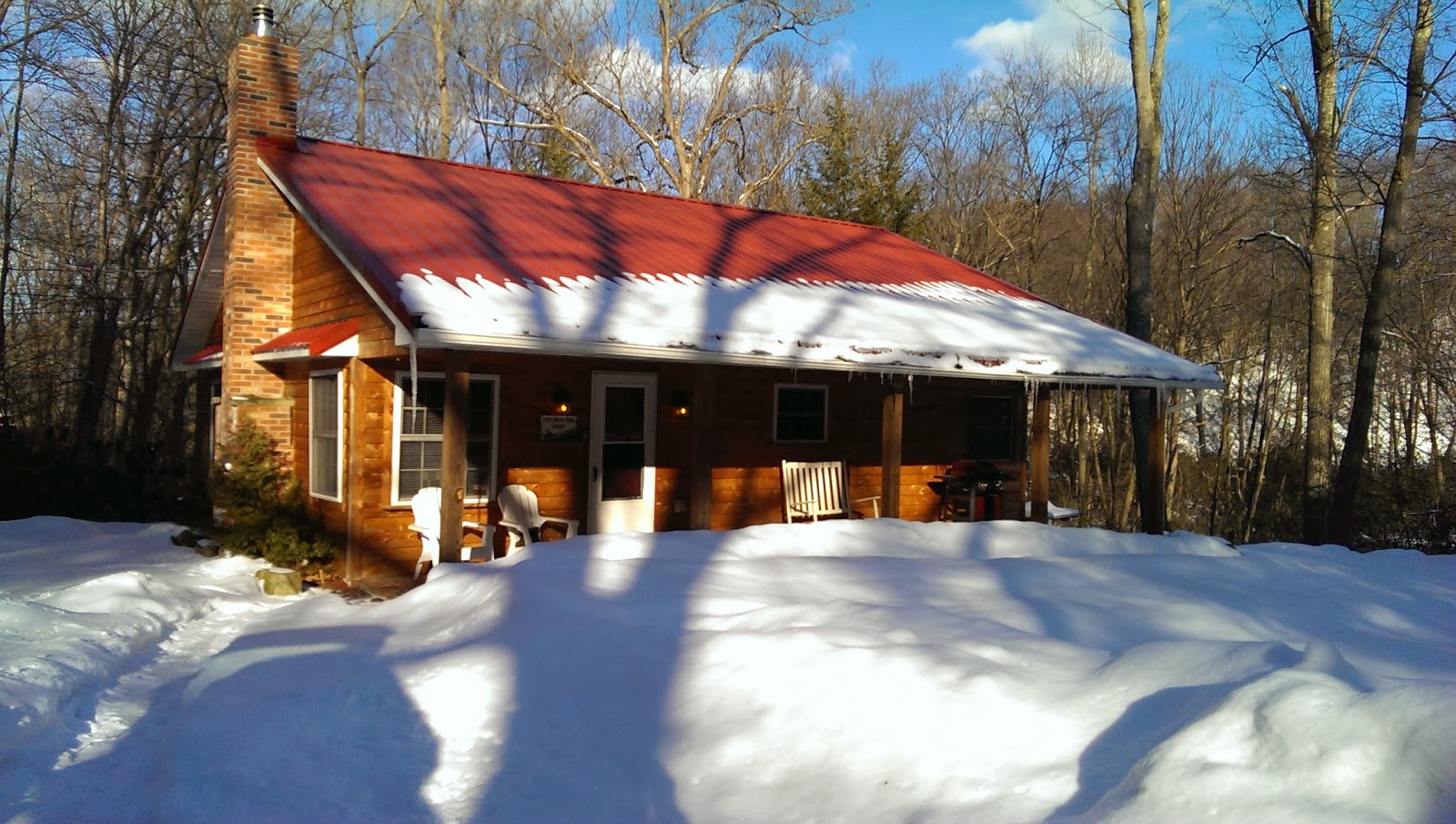 The sun draws lines in the snow.  Today I drove out of the snow line into Connellsville and realized that I'll be sad to see the end of the shine on the icy snow and the light between the trees. When I got back home I took a swing on the tire hanging in front of my cabin enjoying the light. 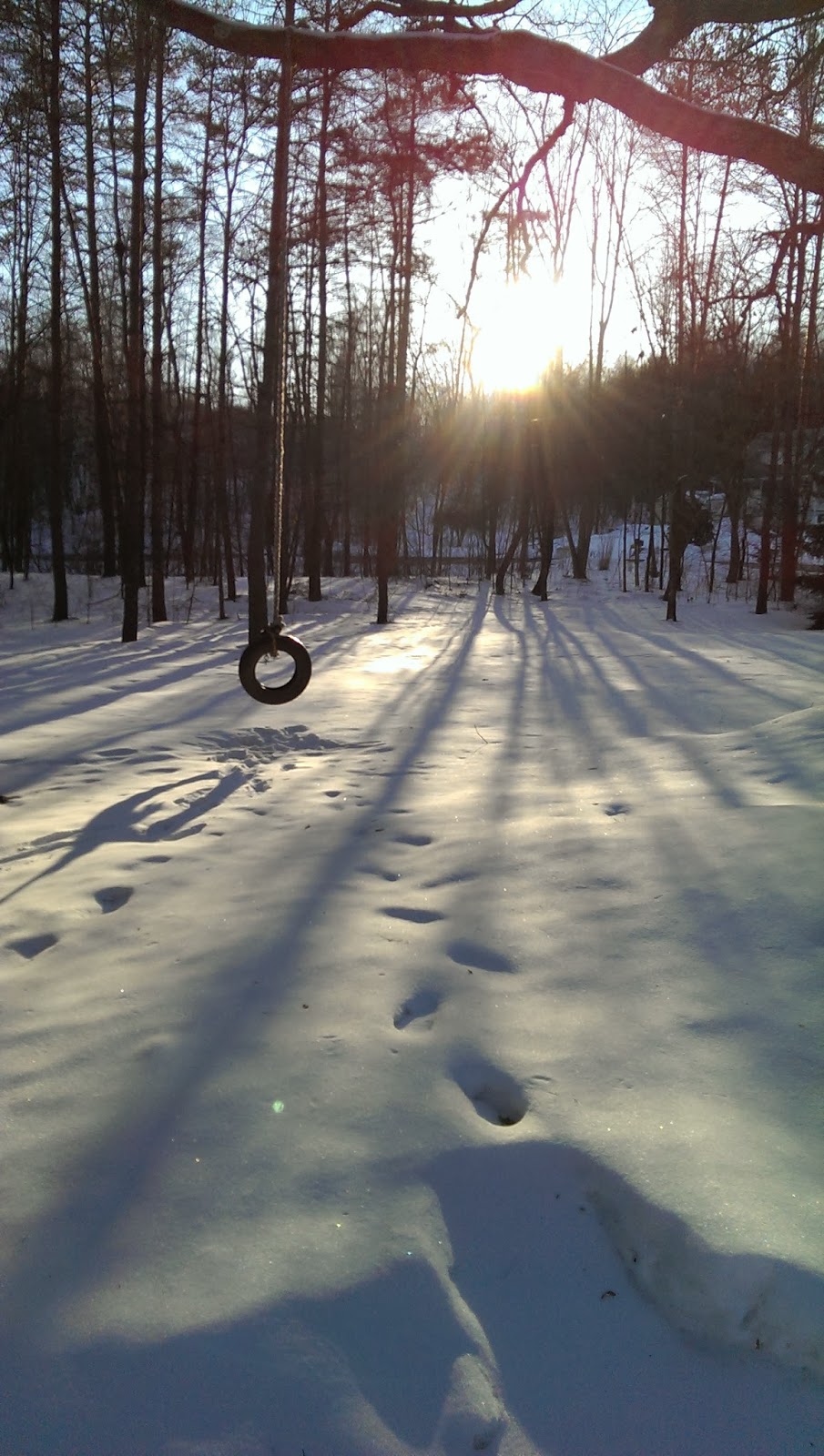 Last night the clean winter air let the stars shine brighter.  The Big Dipper was closer and larger than I have ever seen it.  The scoop poured out the dark sky onto my cabin.  I came in to sit by the fire and plan. 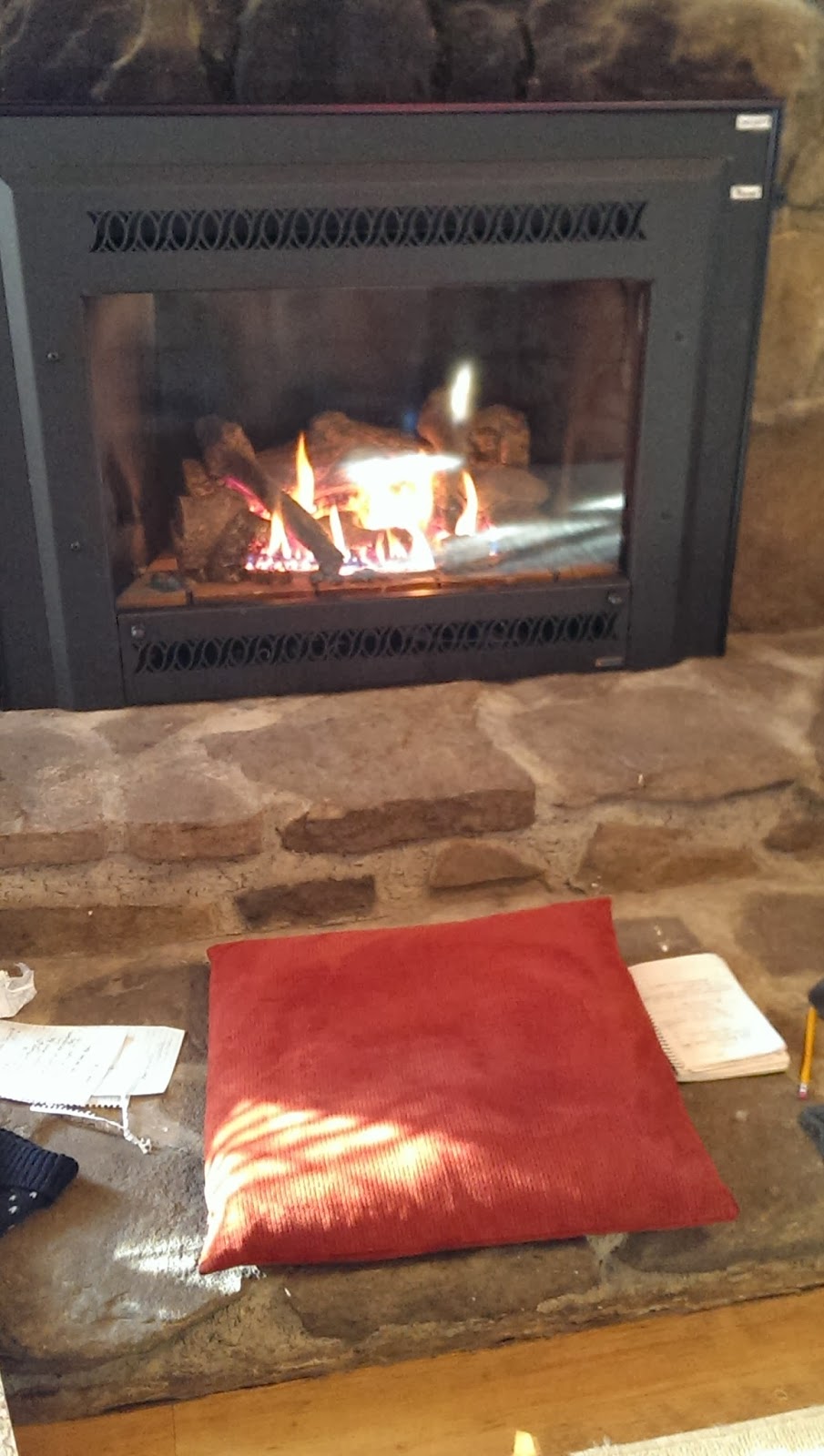 My plans are loosely conceived, the better to allow for the unexpected.  I'll end this post with photos of the reconstructed Fort Necessity just a few miles from my cabin.  I kind of remembered that my 5th great grand uncle fought there with George Washington as a drummer boy.  The park ranger had him on their list for this battle.

Washington lost the battle in this hastily constructed structure of necessity and surrendered.  I appreciated the unplanned opportunity to visit this site.  (Many years after the battle George Washington returned and bought this meadow.  Most curious.) 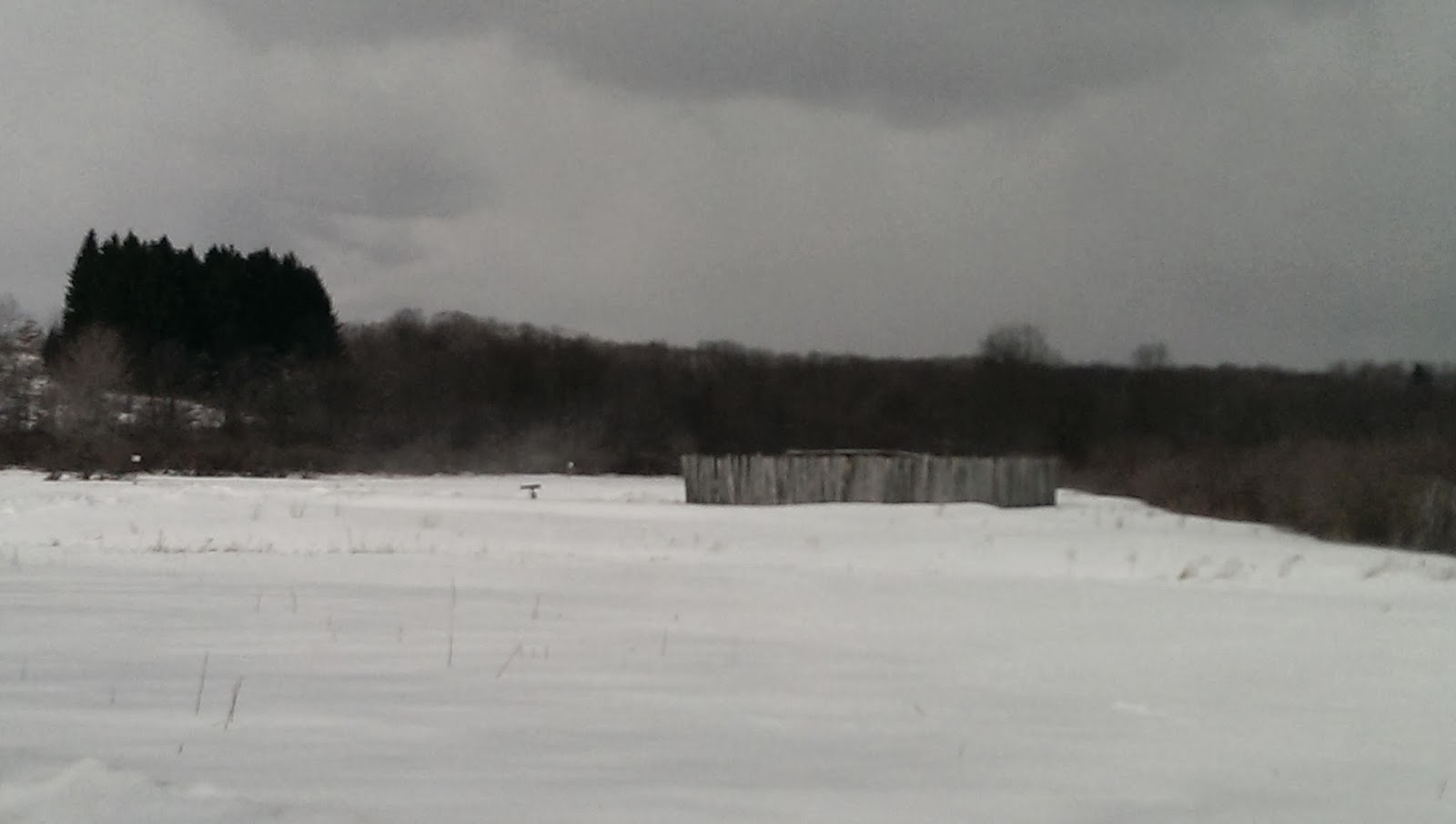 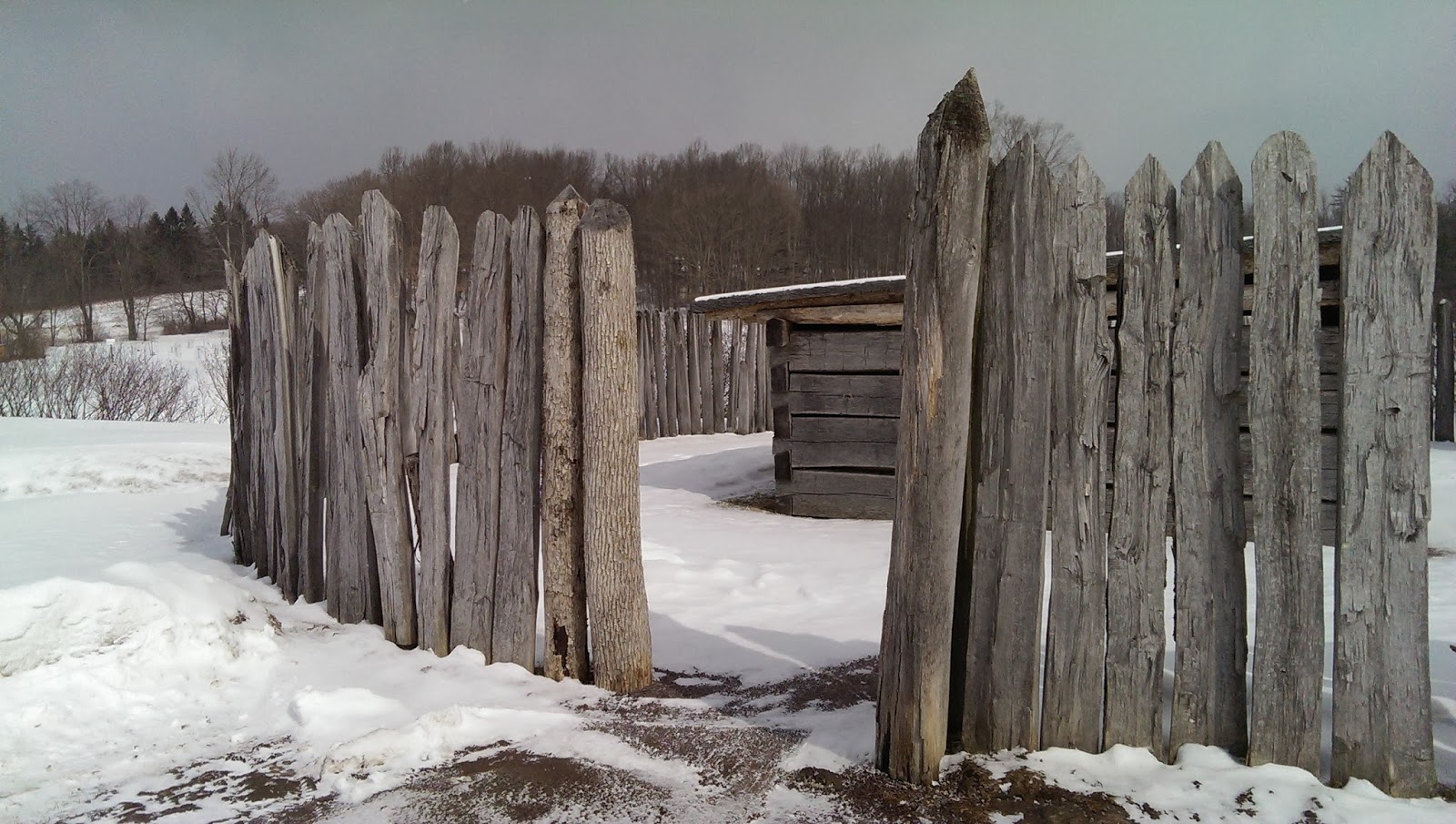 Posted by boxoftales at 8:06 PM