On Martin Luther King's Day the Fine Arts Museum of Boston was free and therefore immensely crowded.  Walking through as many exhibits as possible, I came across only one empty room.  A large empty room.  It was an elaborate drawing room from a former English mansion transported and reconstructed within the museum.

A drawing room might more properly have been called a "withdrawing" room.  After dinner guests or often just the women withdrew to a drawing room to hold conversations in a more congenial atmosphere in a more private space.  I find it interesting that at one time there was a room with the sole purpose of a place for having conversation.  If this room had been listed on the museum map as a "texting" room, it may have been immensely crowded if only because people would be curious about it.  Texting holds it's own privacy and actually needs no room to surround it.

Conversing was on my mind.

I had walked the galleries early with my friend, Betty, who had spotted the Sargent exhibit.  I stayed for a couple of hours and then I went off for lunch with Molly returning later to wander other galleries. 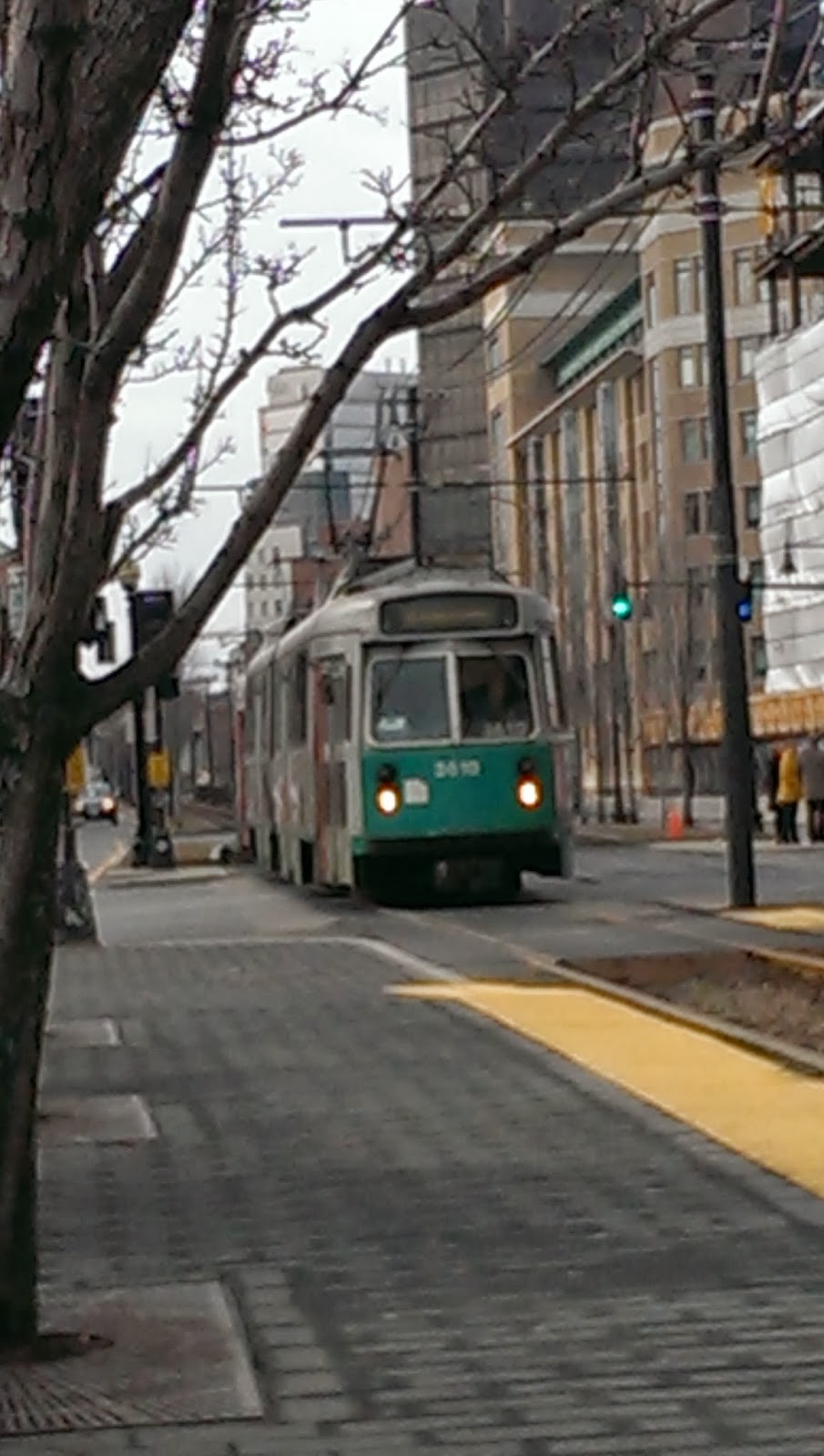 On the way back from lunch as I rode on one of the antiquated-looking electric trams, a gentleman commented on my coat and we began talking.  He and his wife were coming to see the Sargent Exhibit.  He was a museum guide somewhere in the Boston area.  As we stood in line at the museum door for a short while, he told me a dear story of the first time that he had conducted a tour at his museum.  The tour was for third-graders. He was afraid that they would be difficult.  He began with a little lesson on museum etiquette. The first question that he asked them was, "With what part of your body are you allowed to "touch" the paintings?"  Looking for someone to answer correctly with the answer "eyes", he spotted a little girl shyly raising her hand.  Confident that she had the right answer, he called on her and she answered with,  "You can touch them only with your soul!"  The man recounted that he was so surprised at her response that tears welled-up in his eyes.

This simple yet extraordinary story set me to thinking about a frequent happenstance when traveling.  One strikes-up conversations, a conflagration of words extinguished at the end of only a minute or so.  The brevity of the passing seems to elicit the distillation of a story.  Not an ordinary story, but one that has been nurtured and then offered to a stranger in a moment of passing.

Later in the day I was returning on the metro and found myself sitting next to a Harvard medical student for a few minutes.  He not only went out-of-his-way a moment to point me to the proper spot for a transfer, but he mentioned that Boston has the highest concentration of colleges of any city in the United States.  Not a story, but a most interesting fact.  In passing he gave me a succinct illumination into the character of Boston.

My trip has held both kinds of conversation, those that were struck-up in passing and others that might have been held in a drawing room.  I am staying in Cambridge with Betty, a grandmother of Kids' Place kids.  We have already spent some hours talking later than we meant to.  Betty was the one who suggested the Sargent exhibition.

John Singer Sargent's work was absolutely astonishing.  He mostly worked in oils for his income. He painted in watercolors just to please himself.  He traveled extensively while working on the paintings in this exhibit.  Here are just a few examples:

If you have ever worked in watercolors, you can comprehend his capacity.  He also was usually working entirely on site hauling everything that he might need!  He also traveled with a group of people, lots of friends to share in conversation.

I am working at the Cambridge library with a foot snow warning in effect.  I was at this library another day and spotted this little girl below trying to catch the huge flakes falling all around her first in her mittened hands and then on her tongue.  Looks like I shall be doing the same.  Am off to cross Harvard Square for the first time.  Catching snow.  Conversing with myself! 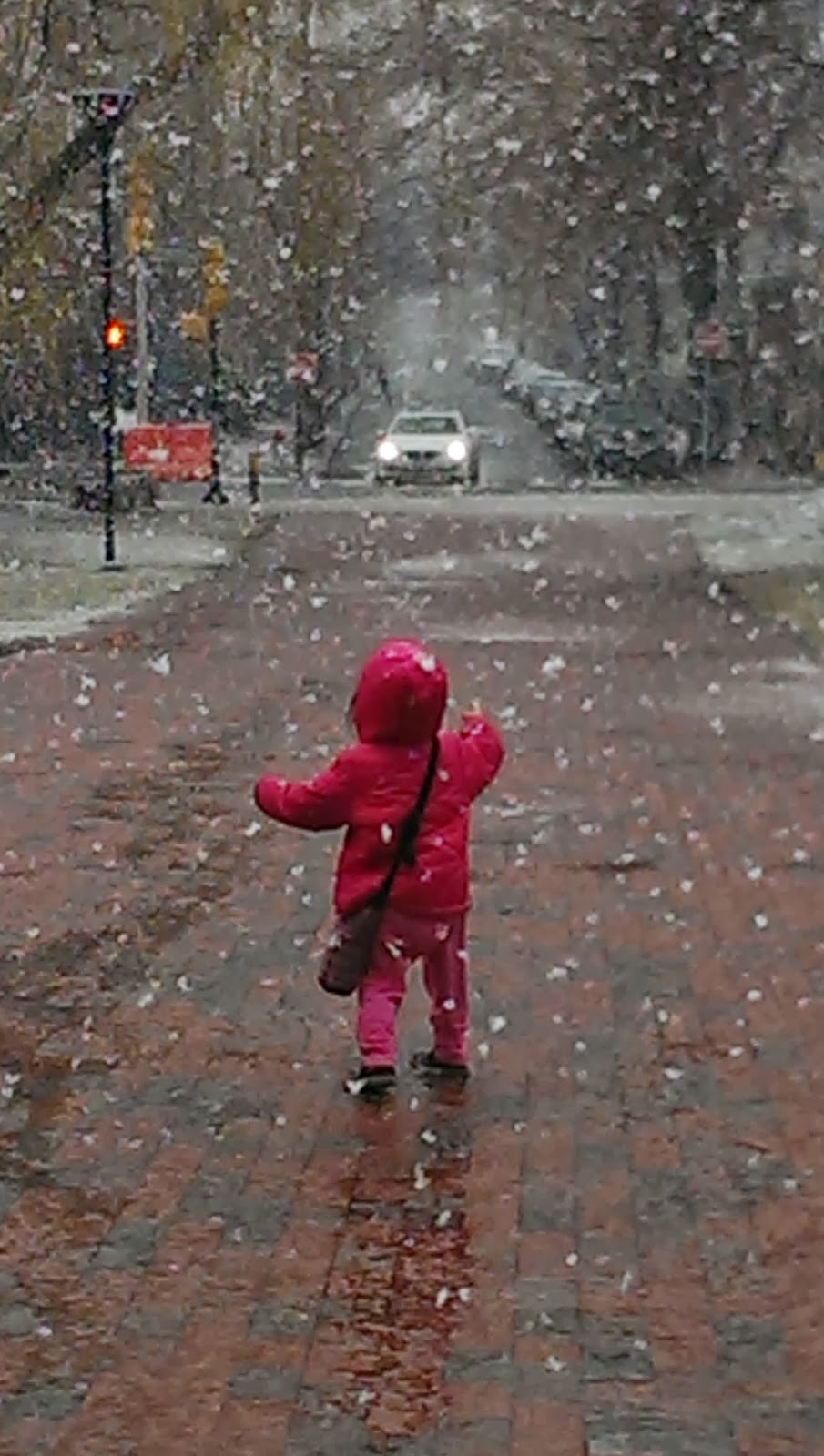 Posted by boxoftales at 2:42 PM