STOP?  What is this supposed to mean in a cemetery?  "THIS IS THE LAST STOP."  Or "STOP, NOT YOUR TURN YET."    Surely someone saw the humor in it when they posted the sign.  The cars approaching the sign yesterday actually were sliding through it instead of stopping, as though the drivers were unsure as to the meaning and hoped to defy fate.

I think that I was tempting fate myself on this rather slick day.  Looking to the right just past the stop sign I could see a sheen of ice on the snow.  The one recent warm day (which was a degree above freezing) melted a little snow and then refroze it. 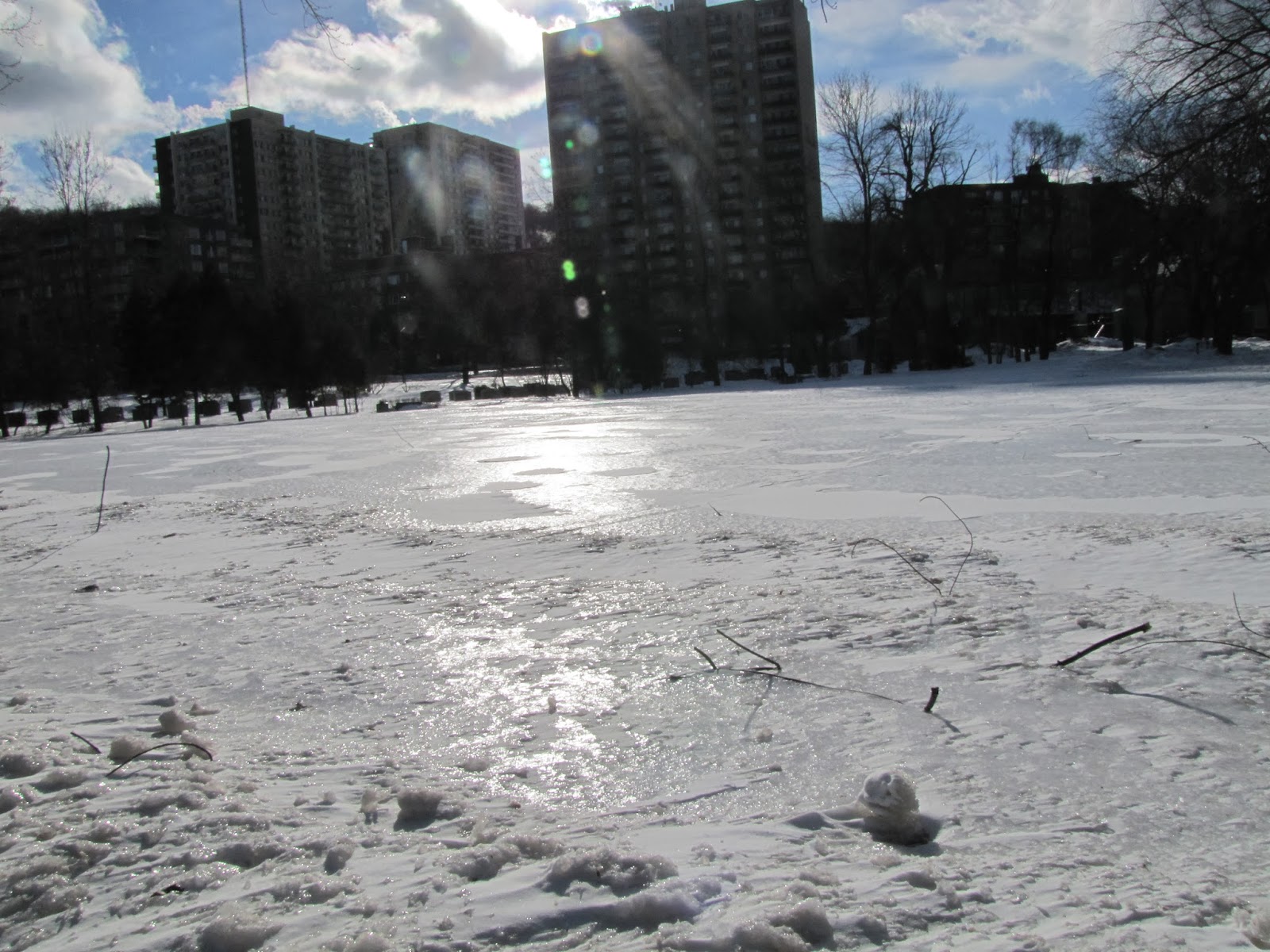 I wandered along a road of solid uneven ice to take a few photos of this quite lovely place. 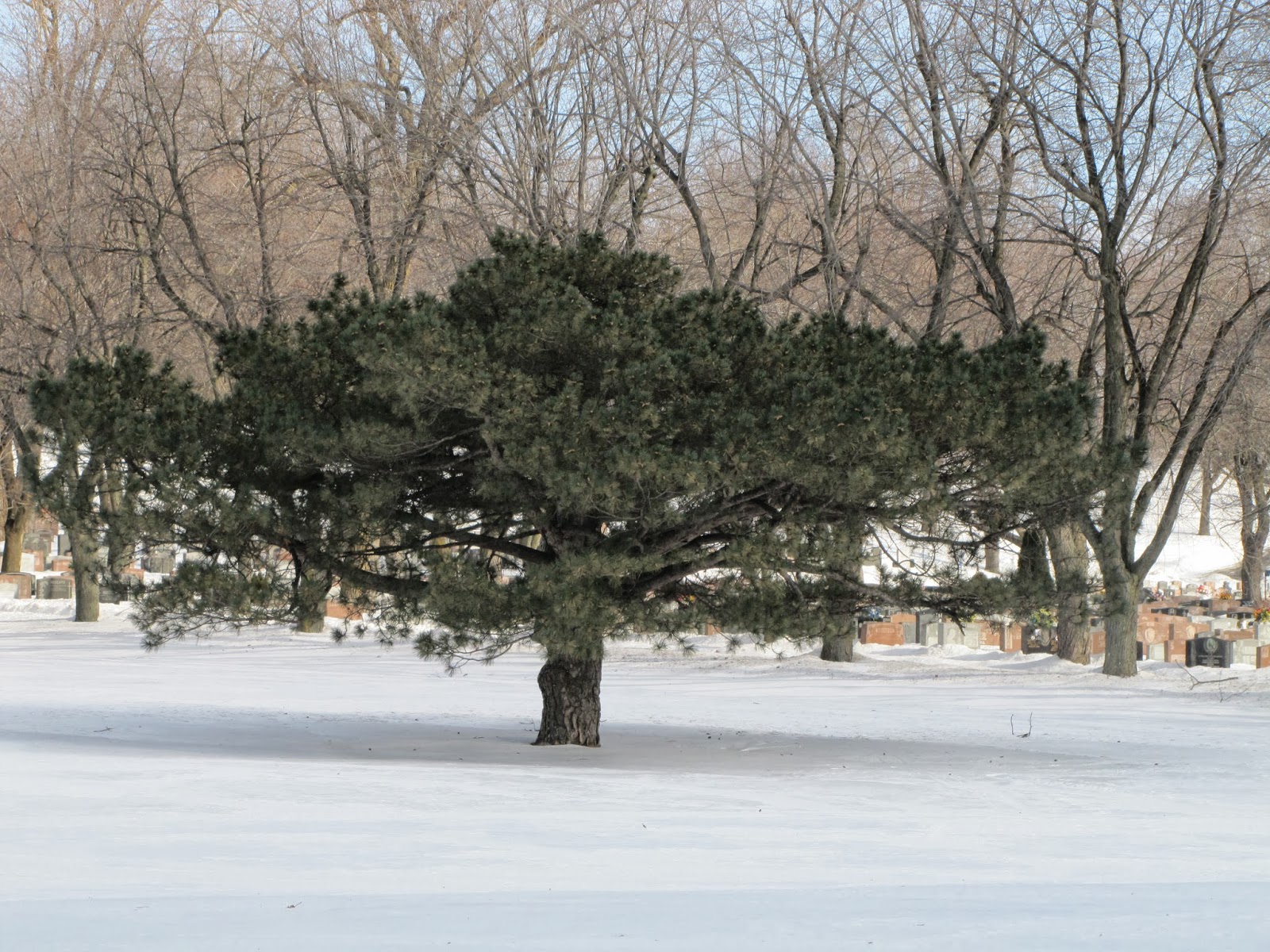 I suppose a day like today could have inspired the phrase "gone to an icy grave"; however, this phrase refers to drowning in icy water.  In Montreal "icy" has a new meaning.  This cemetery is within the boundaries of Mont Royal Park.  Passing the orderly stones stretching across an icy slope inspired me to get off of a bus and hike back to the entrance.  There are two cemeteries on this mountain.  We often put cemeteries on a hill.  Better view for those dead or alive, I suppose.  I liked the way the trees seemed to say, "We'll stand with you.  You're not alone." 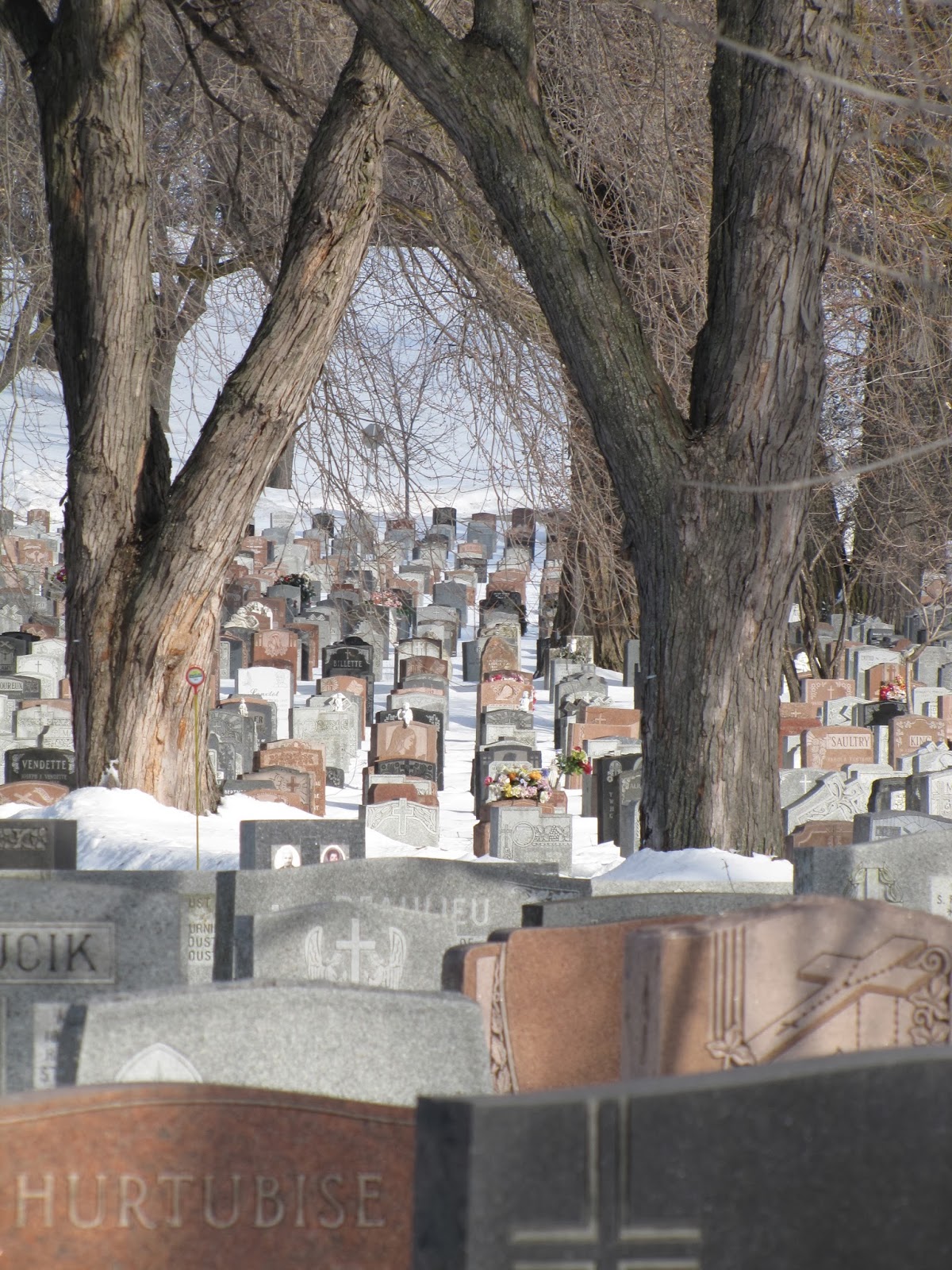 Riding on the bus back down the hill the sun was still shining, so I bravely requested a stop at a lookout knowing that another bus would not return for me for a half an hour.  I gingerly made my was across a small parking lot and looked over the edge.  The temperature on my phone read three degrees, but it was not considering the wind-chill factor of a slight wind.  I have been trying to dress in enough layers, but my thermal long johns and cotton pants came to their limits before the bus returned.

Here are a couple of photos taken quickly.  I wasn't sure how they might come out between the camera lens moving extra slowly and me shivering.  I followed a few folks up a trail hoping to get around the top to see all of the city view. When the railings ended, the folks had disappeared and only a narrow icy path curved above me, I stopped and headed back down. Not adventurous enough.

Going down?  These are stairs, but you wouldn't know it. 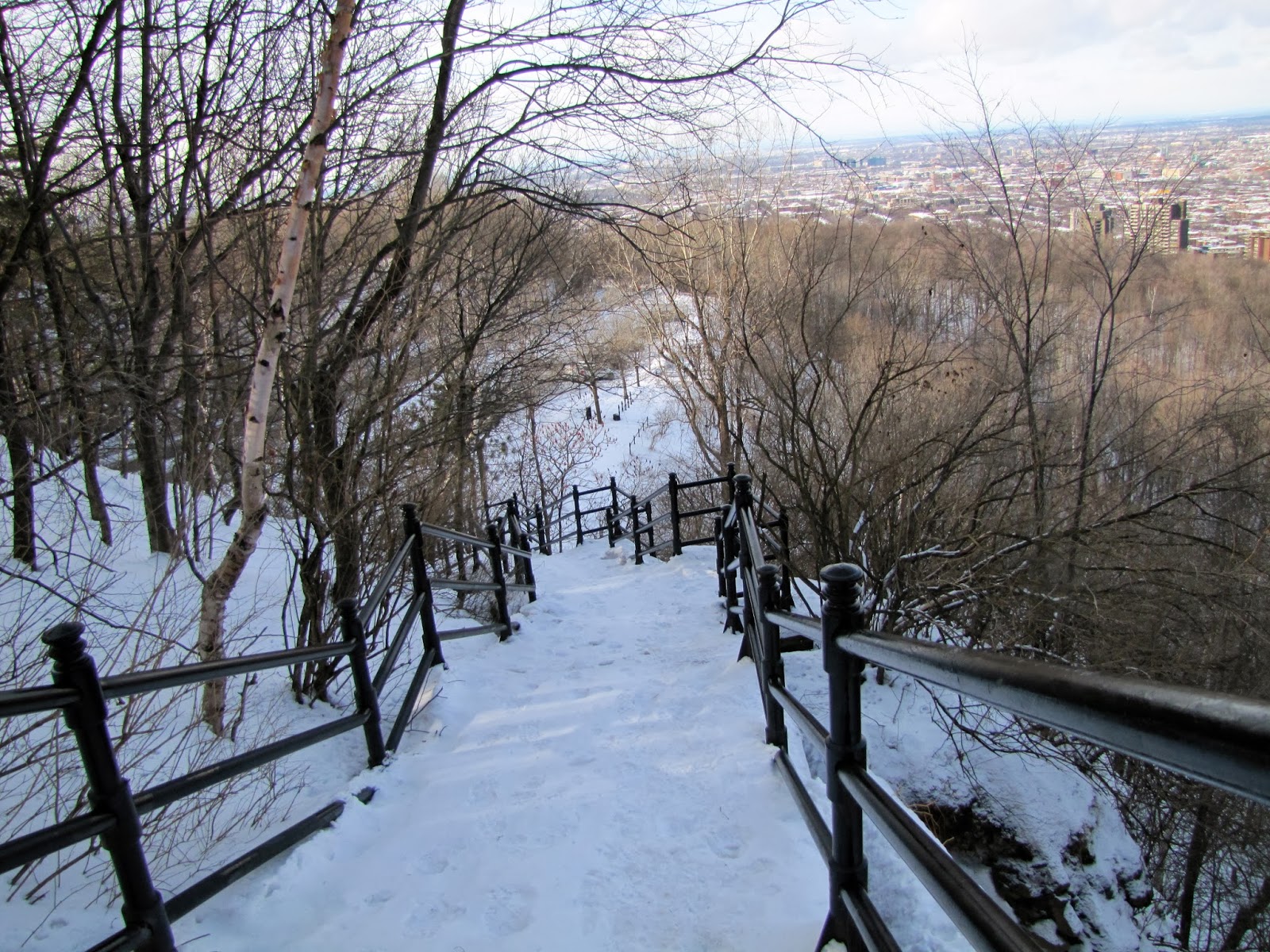 Later in the day as I exited the McCord Museum, I took a few more photos.  Ice, ice and more ice. 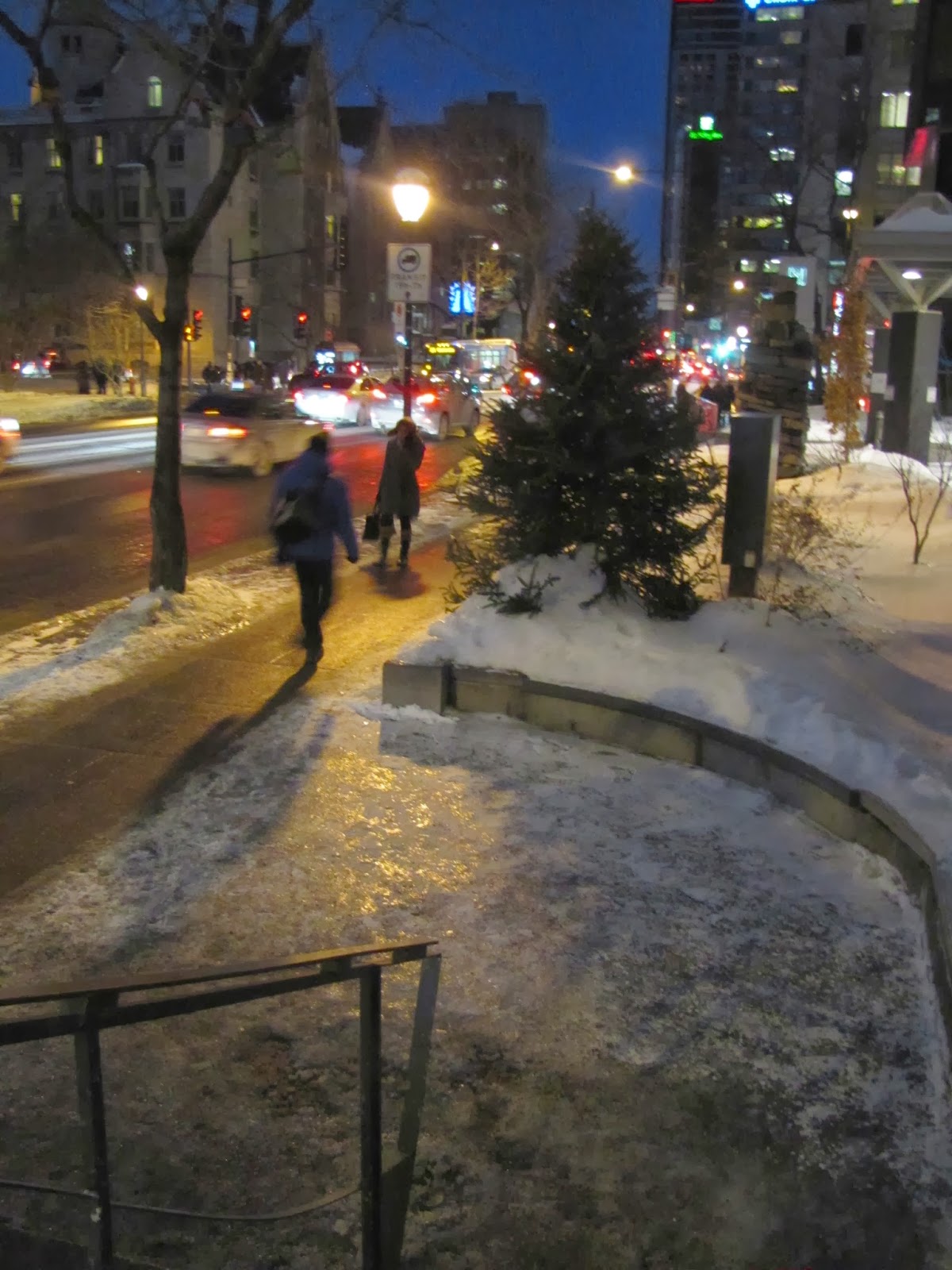 I finally learned to either walk in the snowy edge or straight down the middle of the sidewalk. The great city of Montreal has gravel-strewers who try to make paths for traction of sorts.  If you look closely at the next photo, you can just see some gravel.  This is what I walk on for the last two blocks.  Made it home.  No icy grave for me. 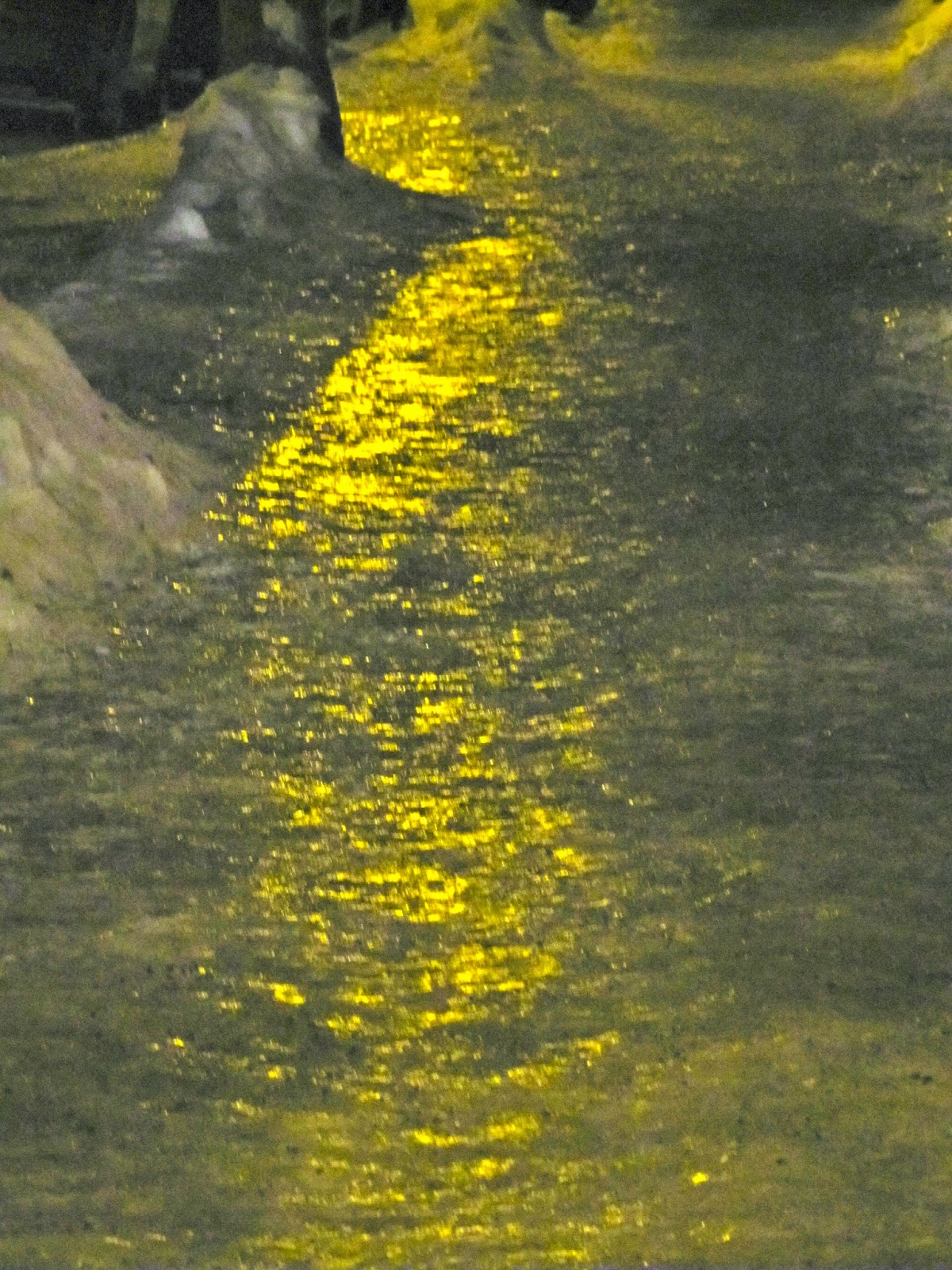 Before I close this post on such a grave topic, I'll add a photo that I took last year in Highgate Cemetery in England.  British humor at it's macabre best. 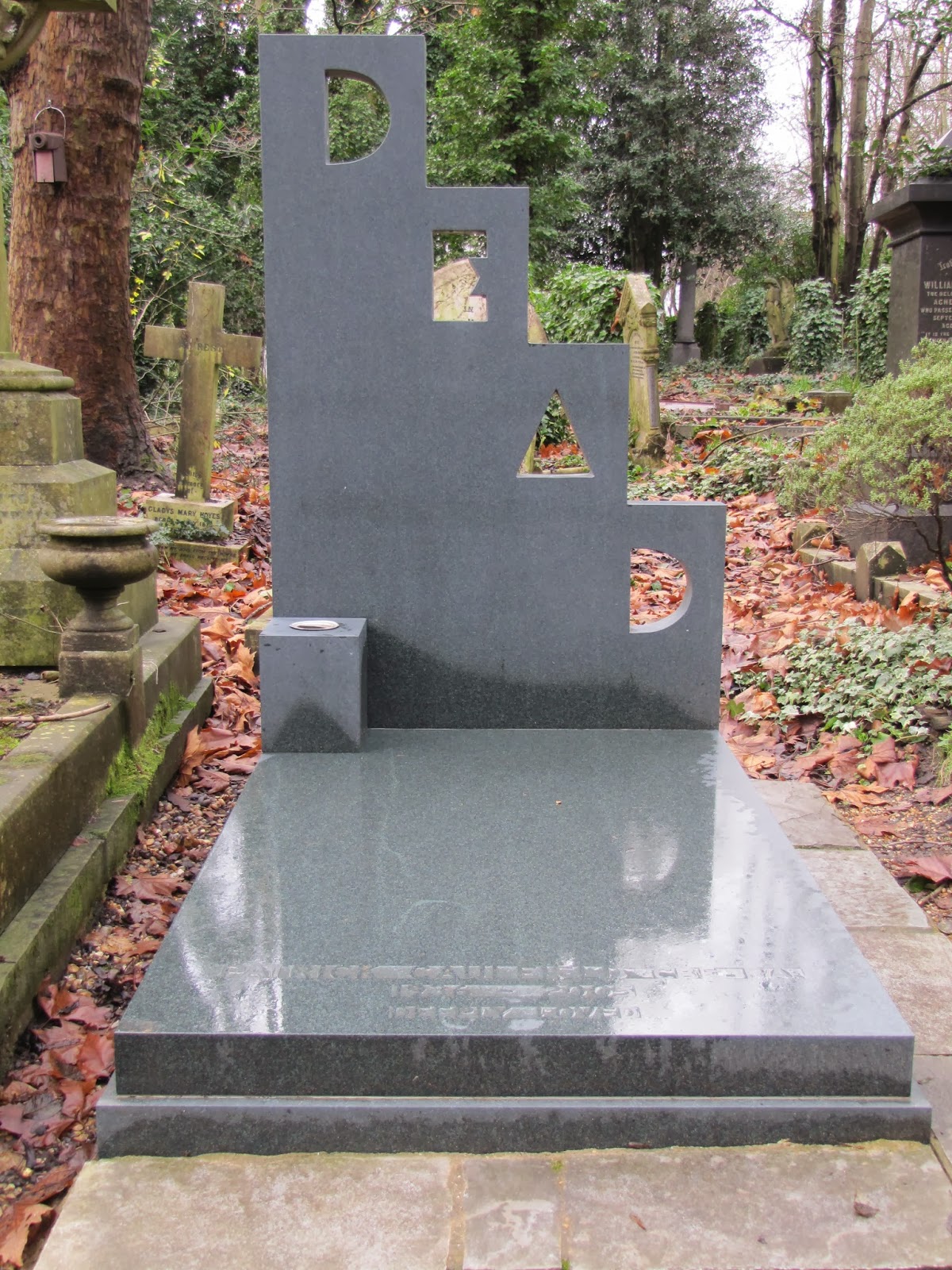 Posted by boxoftales at 6:32 AM