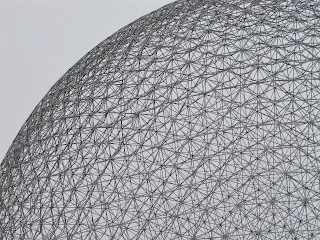 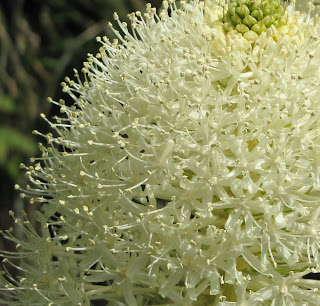 
The architect of the Biosphere may not have ever seen a beargrass flower, but he would smile in recognition if he had.  As I walked about Jacques Cartier Park located in the middle of the St. Laurence River the biosphere would loom into view from behind hills, sometimes appearing camouflaged like a wooded hill itself. 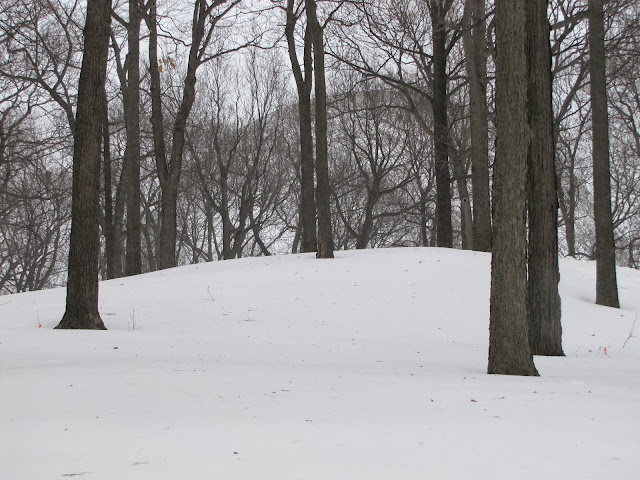 The Biosphere was designed for the Expo of 1967.  Currently it is closed for renovation to update it's exhibit spaces to address newer environmental issues.  The entire island is a park.  If you look at brochures for Montreal this park is featured in the height of summer.  Its lushly wooded grounds and play areas look so inviting.  I came across a few plowed-out parking lots and passed parking meters deep in snow.  A Metro stop, wide paths, a bus linking the Metro to a Casino and a few bridges must handle heavy traffic for the summer park events. 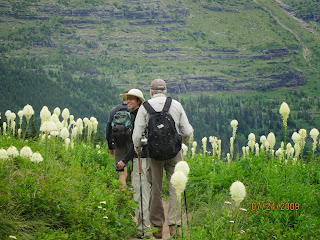 The beargrass in Glacier had a spectacular year in both 2012 and 2013.  Hiking up to Ice Lake on the eastern side of the park one wanders past dense patches.  Beargrass was named in the journals of Lewis and Clark.  It's strong leaves were used for basket weaving by the natives.  Glacier Park has to work hard to manage the short season with an influx of people.  Like the park in the middle of the St. Laurence, there is a fair amount of juggling in directing traffic.  The glaciers in Glacier Park are expected to all be melted within the next decade or so.  Wonder how that will effect both parks.

I was hoping to get a good view of Montreal from the island and to have a better view of the St. Laurence River.  As I walked the western end of the island an icy snow cloud moved across the city blurring the skyline.  The gray of the day contrasted markedly from the glossy photos of the green island summer photos.  When I got home and loaded the photos onto my computer they were all so gray, that I thought I had taken them in black and white! 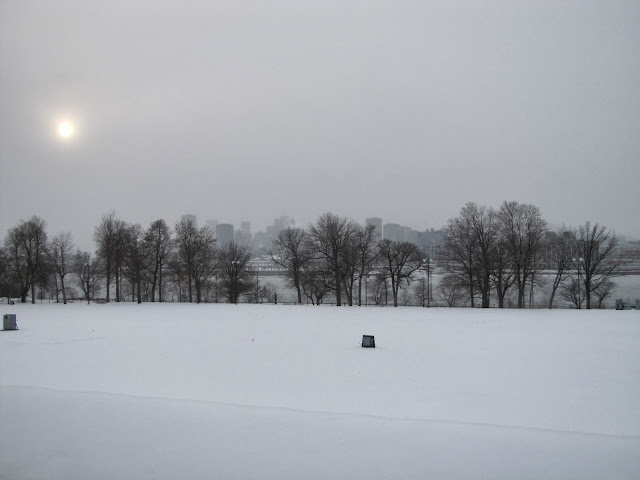 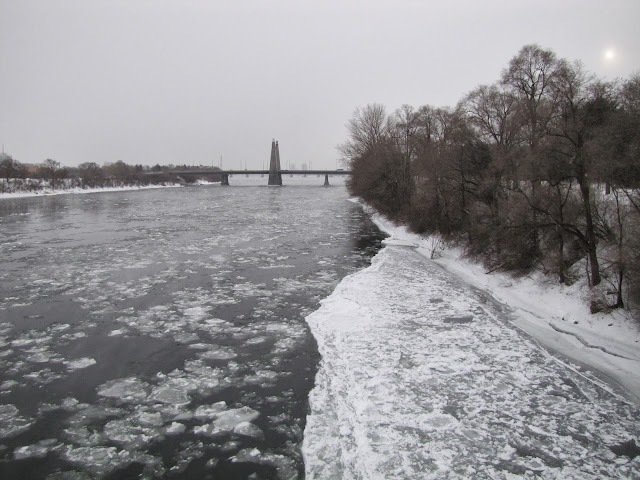 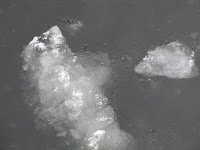 I was surprised to see ice chunks floating down the river.  Their crashing sound startled me.  The river apparently doesn't freeze over, possibly due to the faster rush of water through the bridge pylons.


The one spot of color was the ship docked across the way.  The old pier area has mostly been renovated into parkways. 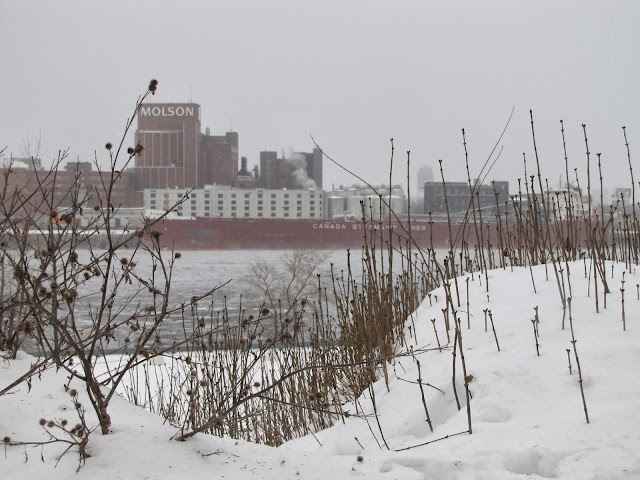 As I ended the walk with the icy storm moving across me I came across a picnic area and had to laugh.  My friend, Marc, had suggested that I be sure and get some maple syrup to serve on snow.  This looks like a maple syrup banquet ready to happen!  Happy New Years from the land of snow and ice. 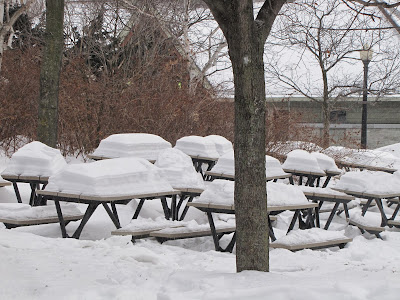 Posted by boxoftales at 8:56 AM