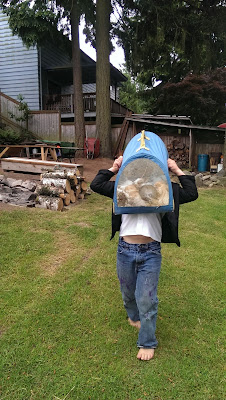 “Want to see the bunnies?” asked Otto, as Zephyr and him led me out the back door.  I was visiting the boys, whom I earlier described in a blog as the “joyful boys”.  Otto grabbed a carry container and began extracting bunnies from the back door of the cage with one big momma rabbit.  The other cages held other rabbits of various ages and sizes.  We were in a wooded backyard of a Seattle suburban home. 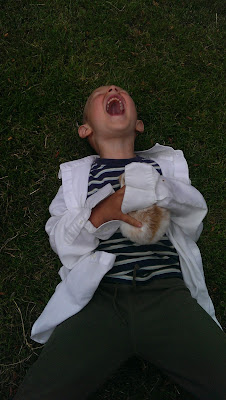 Zephyr, in the meantime, showed me fruit trees and explained that one was dying.  He was very matter-of-fact.  Being bunny ranchers at an early age had brought the boys the perspective that living things die and sometimes even for a good purpose.  They both loved eating rabbit.  Particularly the dish simmered for hours, making most tender rabbit dish. 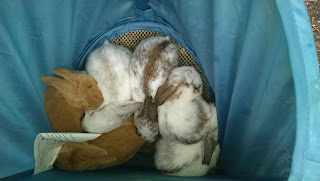 The rabbits all had names.  There appeared to be a choice of four names.  All the bunnies that were white were named “Whitey”, the brown ones “Peter Rabbit”, etc.  No single rabbit had a special name all to its own.  Good strategy when they began disappearing onto dinner plates. 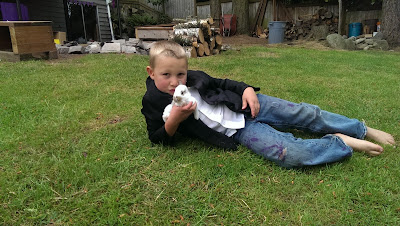 The rabbits were obviously loved and much handled.  Zephyr lay in the grass laughing.  Otto let his rabbits roam.  Both kids called to each to catch any rabbit venturing off.  We played with the bunnies for about a half an hour.  The kids encouraged me occasionally to hold yet another one.

Just as with an earlier visit to their home these two kids spent the majority of the time having fun with each other in the most casual and engaging way.  I took this photo on the last visit, when they got into a newly delivered rabbit cage and asked that I hook the door.  The cage was like a little house.  These are lucky kids. 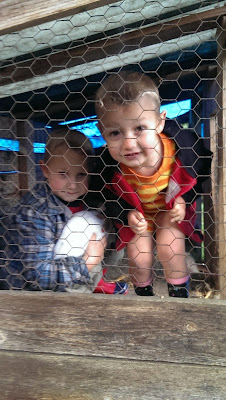 There is a children’s book called “Everything Has It’s Lifetime”.  From leaves to butterflies to grandparents the book quietly explains dying.  These children had read this lesson in “rabbit”. 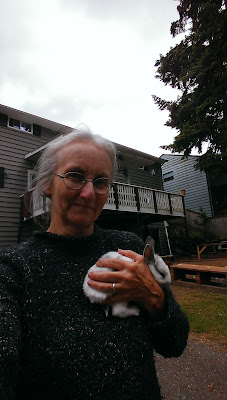 Their older brother, August, arrived home from school.  He came out in the yard and cheerfully said “Hello”.  He would later play the piano for me as he does on each visit.  Becoming more proficient with each few months period.  All of these children share their interests with an adult, whom they really rarely see.  I appreciate their respectful attention.  Their confidence in adults is obvious, even in matters of discussion about dying. 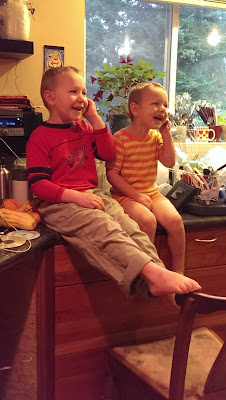 Sitting on a counter, sharing one set of earphones, the two boys sang a familiar rock song on my last visit.  All of this: rabbits, music, books (we always read books) and dying.  All of it is wrapped-up in just another normal day for joyful boys.  Would that all children know so much about living…

Posted by boxoftales at 4:03 PM