An Ailment of the Heart 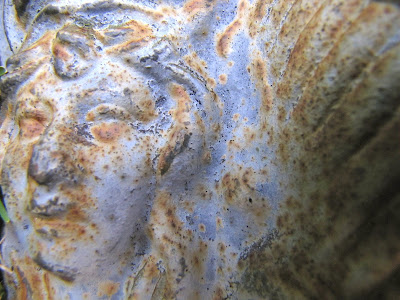 Two of my neighbors, one in a southerly direction and a second to the west, both suffer from an ailment that is a most unfortunate one.  I have seen the pain on their faces.

It’s not genetic, cancerous, contagious or medically curable, yet it is an isolating and debilitating ailment.  It’s not caused by an accident or failure to eat well, get a good night’s sleep or to follow a doctor’s orders.  It is tragic ailment.

A few nights ago I entered a neighborhood cul-de-sac, just wandering slowly on a walk with pup.  I had finished mowing the lawn and had on a t-shirt that I had almost thrown-out in a cleaning purge and then kept to use as a rag.  The shirt had been tossed onto the washer and it caught my eye as I headed out to do the weekly mowing job and decided to wear it.  My gray hair was in a ponytail to get it off of my face.  I wore some old shorts.  I was probably slightly limping with my hip acting up.  I’ve been walking evenings close to home on streets that I am most familiar with to pamper the ache in my hip.  Pup paused on the edge of a lawn sniffed for some dog that had visited previously and dropped a few dribbles of pee.  She had already pooped by the evidence of the poop bag hanging from the leash.  A scream rushed rancor into the cool of the evening air.  I saw her, a lady at some 70 yards ahead, but I looked in back of me thinking that she was yelling at someone besides a gray-haired lady.

Her words registered.  “GET THAT DOG OFF OF THE YARD.  MY NEIGHBOR WOULDN'T APPRECIATE IT.”  Looking back in her direction, I saw her face contorted into a shrewish grimace and more words spilled out.  I didn’t catch them and she turned to her husband to express her contempt of me, begging him for acknowledgement for her rude demeanor.  I was puzzled.  I hesitated, thinking that I should approach her, introduce myself and apologize letting her know that her wish was one that I could certainly honor.  After all it is a small and relatively inconsequential request.  She turned and advanced down the drive yelling more.  Her dyed hair flouncing and her ailment painful to witness.

“GO AWAY.  GET OUT OF HERE.  THIS IS A PRIVATE STREET.  A PRIVATE NEIGHBORHOOD.  GO!”

The street is not marked “private” and her own two large dogs accompanying her on her strident campaign down her drive wore no diapers, so I had to assume that they, like most dogs peed on the ground, marked their territory and loved the smell of other dog’s pee.  It wasn’t like this was a peeless street.  The incongruity of her anger, dogs by her side, made me walk away slower with m small dog in tow trying to make sense of her rudeness.  “GET OUT OF HERE,” she yelled one more time. 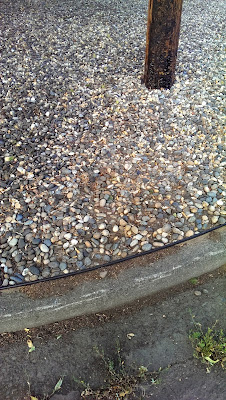 A most unfortunate ailment.  The other neighbor who has the same the kind of affliction was embarrassed the moment that I had smiled at her and told her that I would keep my dog off of her yard (which is half rock).  My response so embarrassed her that she stumbled trying to get back in the door.  You see this ailment is always self-diagnosed.  She knew she had been discourteous.  Disrespectful.  She knew, just like the first lady.  Both causing heartsickness to themselves and to others.  An ailment of the heart.  Most unfortunate.

The cure?  They could be kind to all who cross their path.  Be civil.  Be neighborly.  Treat elders with respect.  Act on those signs.. which both of these women have on their houses.  (One actually has three of the signs in a variety of media.)  Be welcoming. 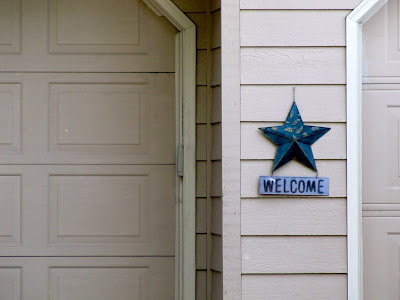