Hot Cocoa Is My Starter Fuel. 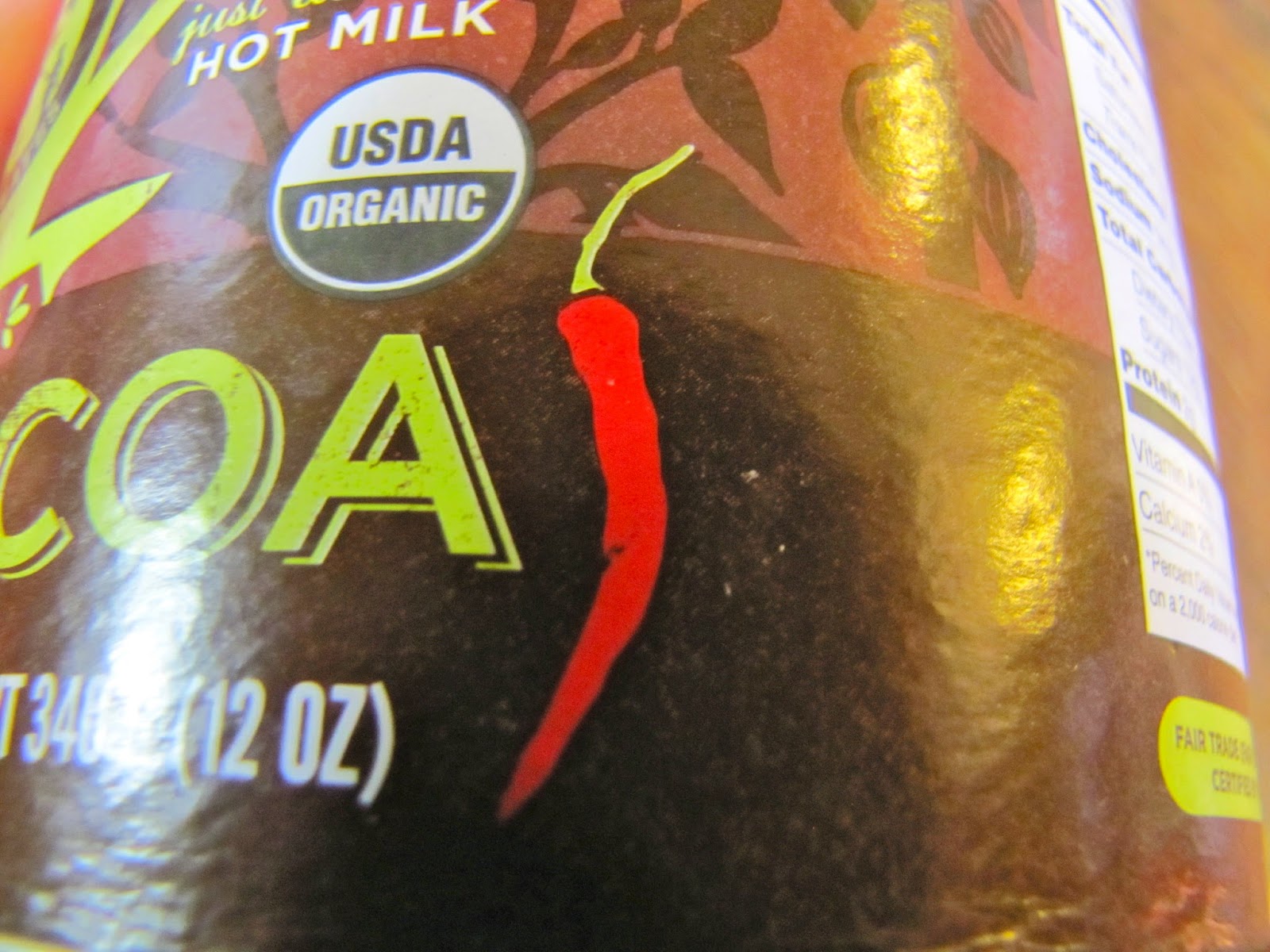 Hot cocoa is my starter fuel.  Not any cocoa, but the one with the addition of cayenne pepper to the dark chocolate base.  I buy it in Seattle at Central Market.  I have one more container of the Equal Exchange Organic Spicy Cocoa stashed in the wooden box on the pantry shelf. This is the same wooden box, where I hide the packages of dark chocolate chips. (Whom, you might ask, am I hiding these from?  I live alone.  You could steal my computer, but you would not find my chocolate.)
I have begun contemplating the drive two hundred and sixty-two miles to Seattle over the Cascade Mountain Range to restock on cocoa, but than that’s silly.  I could buy a six-pack on line.  I’ve been
considering that I could combine a trip to purchase hot cocoa in Seattle with a trip to the Korean spa in the suburb of Lynnwood.  Than, the trip would seem like a medicinal one. I am just nervous about that low cocoa stockpile.  The trip would help heal the tendon in my hip, ease my anxiety over low cocoa reserves and lift my spirits with a little outing.

Actually hot cocoa with cayenne is good for my health too.  I have not been sick now for over two years.  Not a cold, not the flu, not an upset stomach. Nothing.  I traveled for seven months household to household, in tight flight quarters, on metros and buses.  I credit the cayenne.  Look it up.  The health benefits for building immunity, blocking cancer, curing upset ailments and other good stuff are extensive.

I think that I got hooked on the combination of cocoa and cayenne when I lived in Mexico City near Chapultepec Park.  One day I encountered a little stand, which was selling chicken mole.  For those of you who have not had mole, it is made of chocolate, a ground seed like maybe pumpkin and also various peppers, usually including cayenne. I loved the spicy chocolate then and now think of my morning mug of hot cocoa as a really liquid form of mole.

My other hot cocoa is a rose. 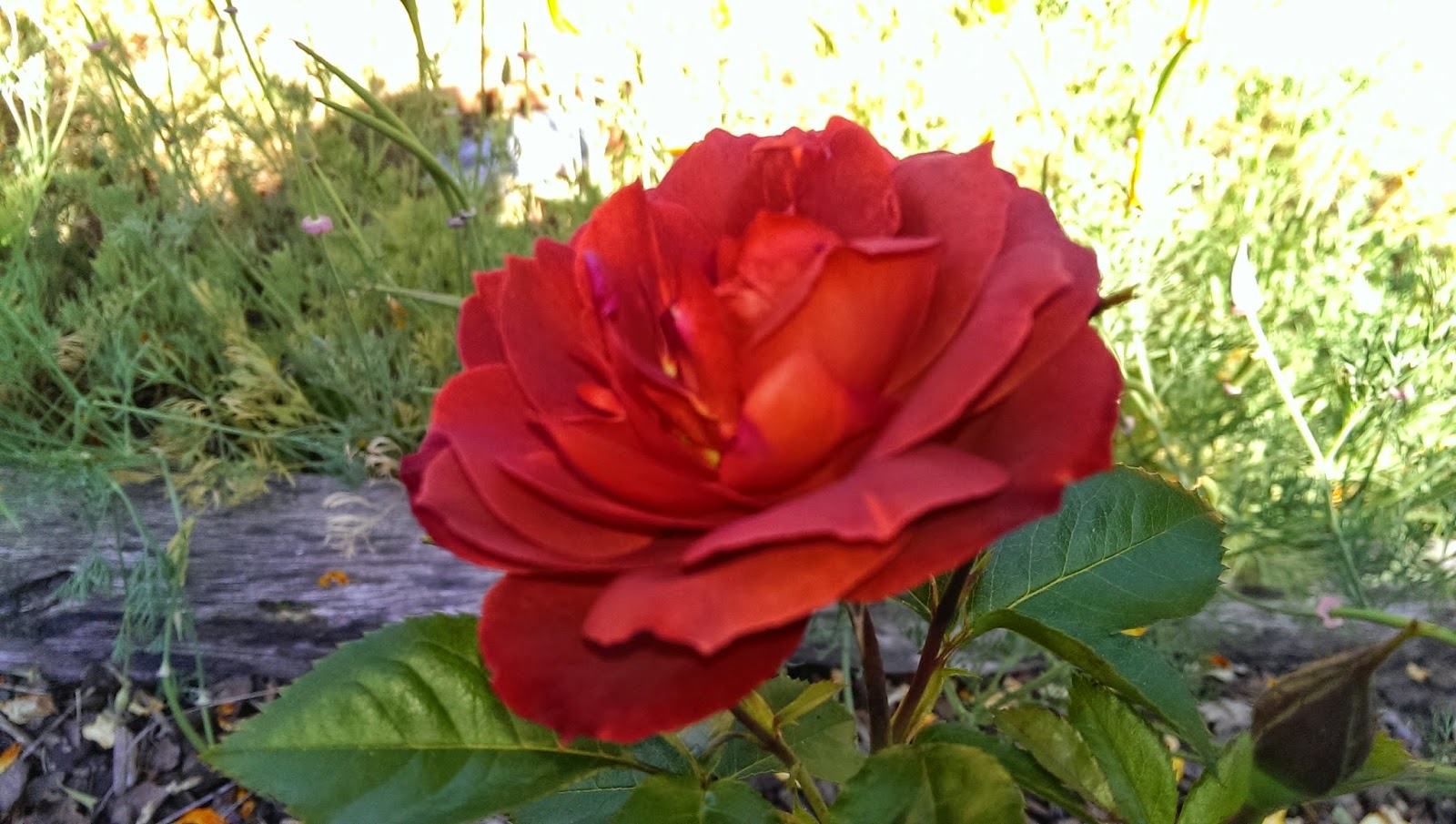 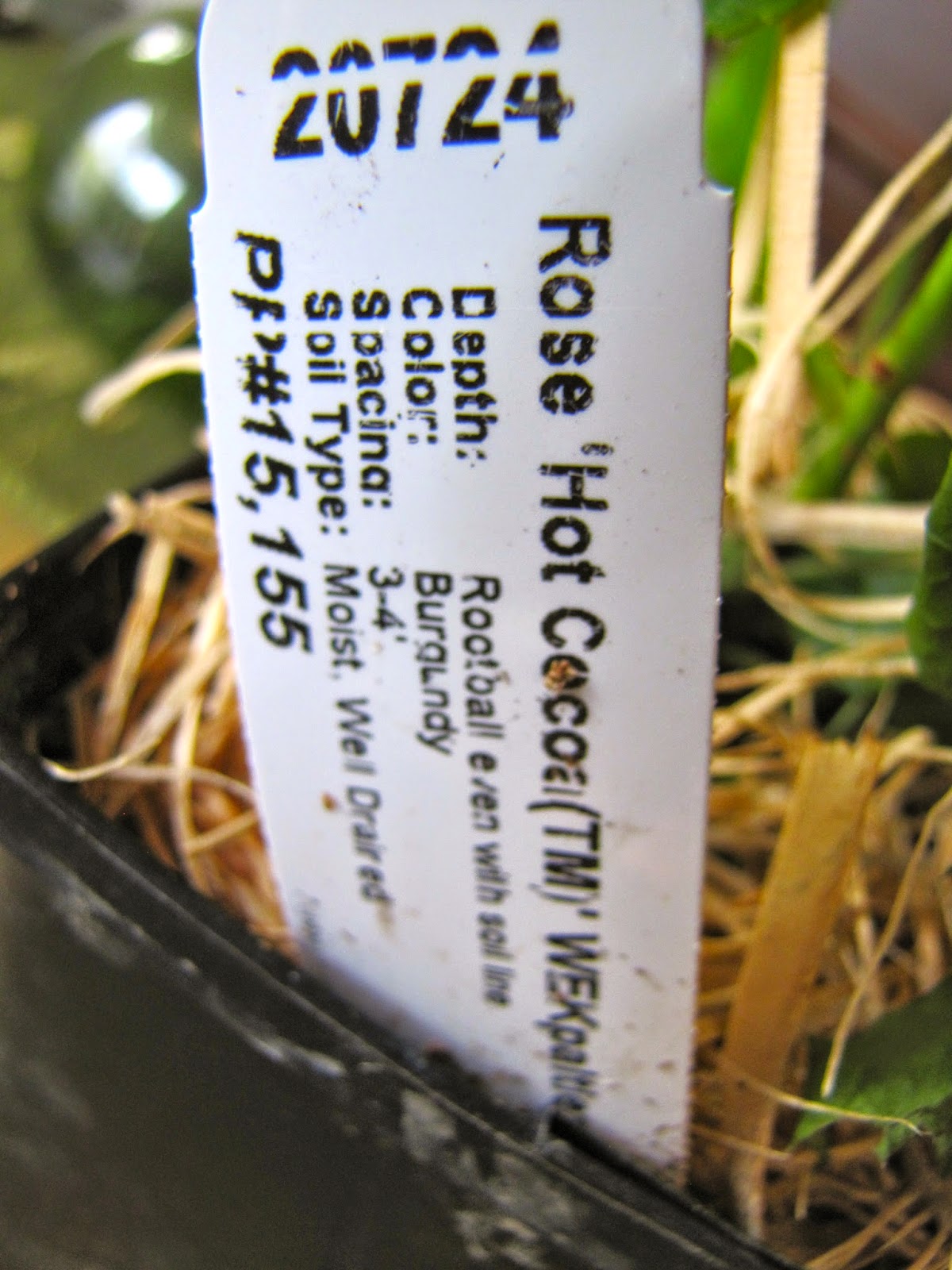 I first spotted this variety of a rose while traveling and purchased one of them some years back.  It has cocoa coloring opening to orange blooms.  Frost has now killed the three that I have owned.  I replaced the first one from a Seattle nursery and another one locally.  But when I lost my last hot cocoa rose this past winter and could not find a replacement locally, I was bemoaning the fact to my L.A. friend Art.  He took it upon himself to ship me a replacement one!  Good friends understand cocoa necessities.  Thanks, Art. 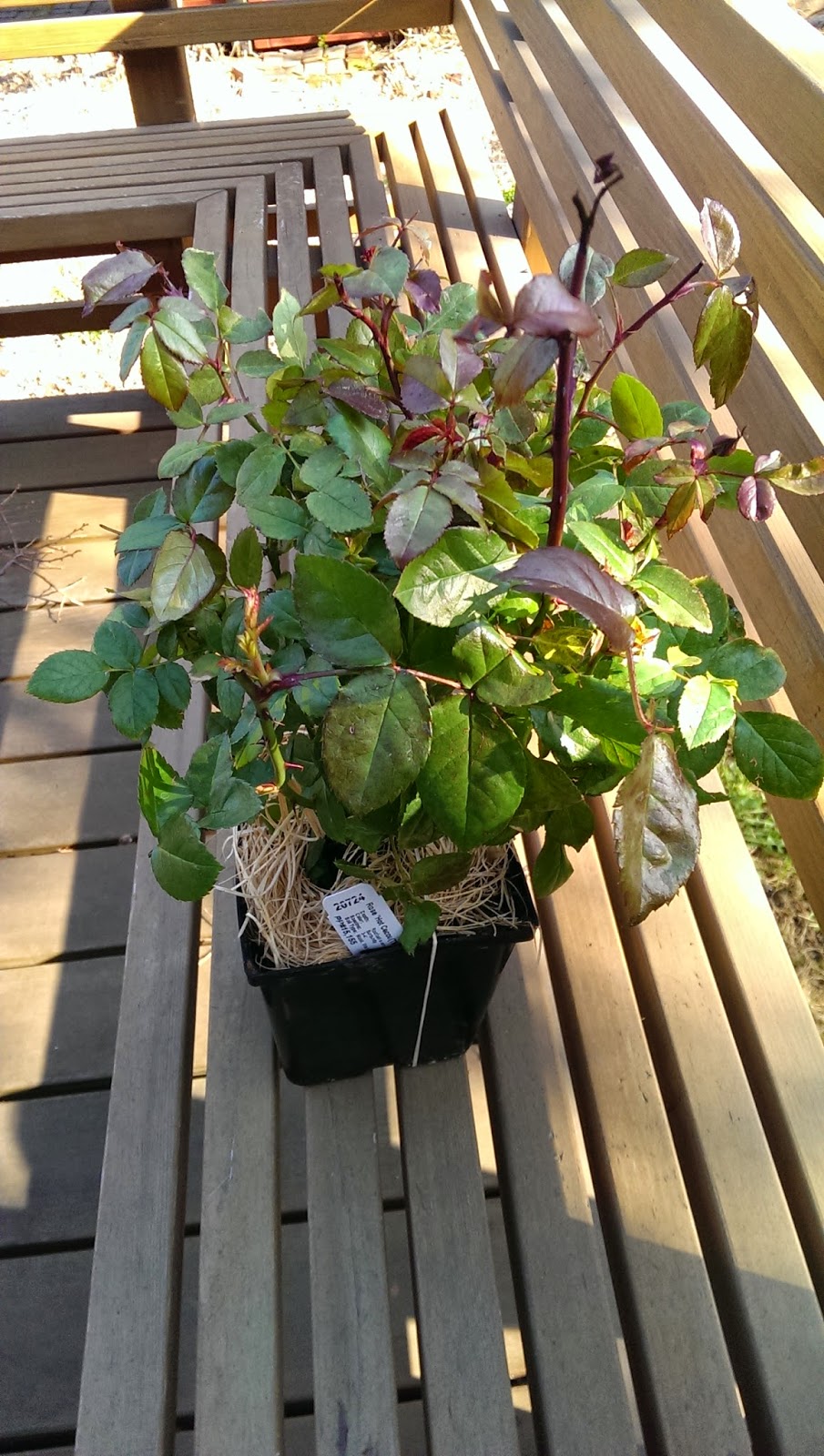 The rose is hardening off, a gardening term that means getting used to the temperatures outside of a green house before being planted in the garden.  I’ve decided to plant it in a more sheltered location in the lee of the garden shed this time.  Maybe by the time it blooms, I’ll manage to squeeze in a little trip to Seattle.  Health reasons.