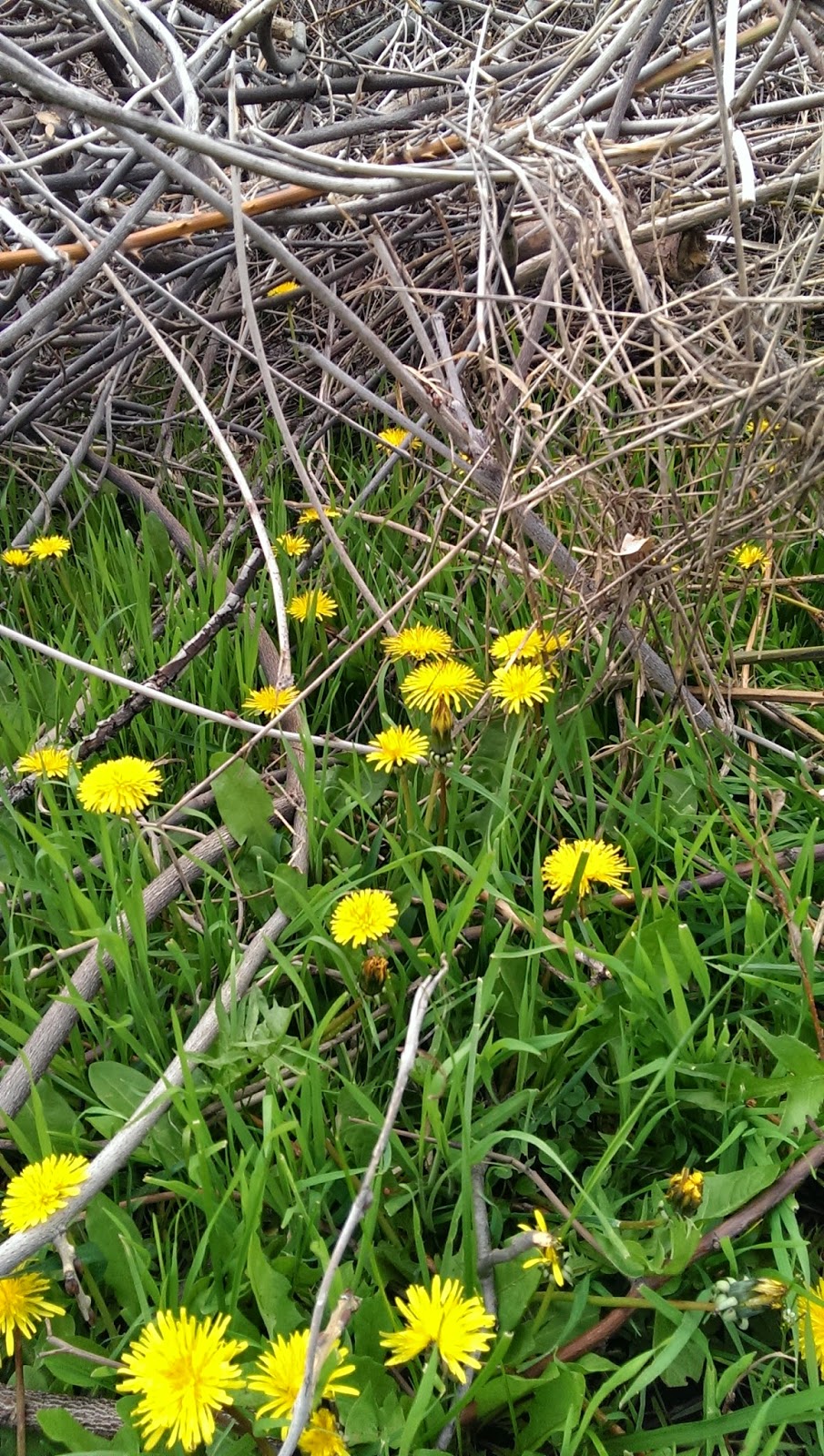 This past week I had some delightful guests, who dropped “pike shunning” into the conversation.  Pike hit the table and bounced once.  Shunning swam across the room using a paddle stroke.  Wasn’t pike a fish and shunning a term of avoidance?  I was confused.  How had the discussion turned to fishing, when we were talking about traveling?

Pike shunning is apparently, my guests informed me, an expression that means to avoid turnpikes by taking roads less traveled and thereby avoiding having to pay tolls. A shunpiker is someone who might intentionally have a more leisurely drive skirting the straight-through toll roads.

Being a westerner, I have had little experience with turnpikes.  Last year, when I was traveling, I found myself unexpectedly in a lane with no exit onto a toll road heading towards Gary, Indiana.  The problem was that I didn’t have enough change.  As I frantically tried to find lost coins in the car, the trucker behind me came up and dropped the required amount into the slot without a word.  He must have wished that I had been a shunpiker, instead of some frantic lady with Washington plates slowing him down.

As a child Sunday was the day my dad would take my sister, my mom and I to pike shun.  We were a long way from any turnpikes, so it was easy.  Maybe what we did would better be described as way shunning, as in highway shunning.  My mom would make a lunch of fried chicken, potato salad and buttered bread.  We would load into the Olds and venture off to shun. Sitting in the back seat I played a game of It’s Mine.  Little flowered meadows, shadowed glens, arching branches over paths curving out of sight.  They were all mine, if I could merely see them flashing by the window.

Yesterday, Sunday, I had hoped to go shunning, but as the realities of my responsibilities fell onto the calendar I began to despair.  Then I thought about just playing It’s Mine.  I could play it first in my garden and then at the Fort Walla Walla Natural Area, where I was due as an Audubon member to help maintain trails in the afternoon.  As I began the first task on the calendar of dead heading and digging dandelions, I found the little meadow of flowers in the photo at the top of the blog post.  And then more lovely places in the yard. 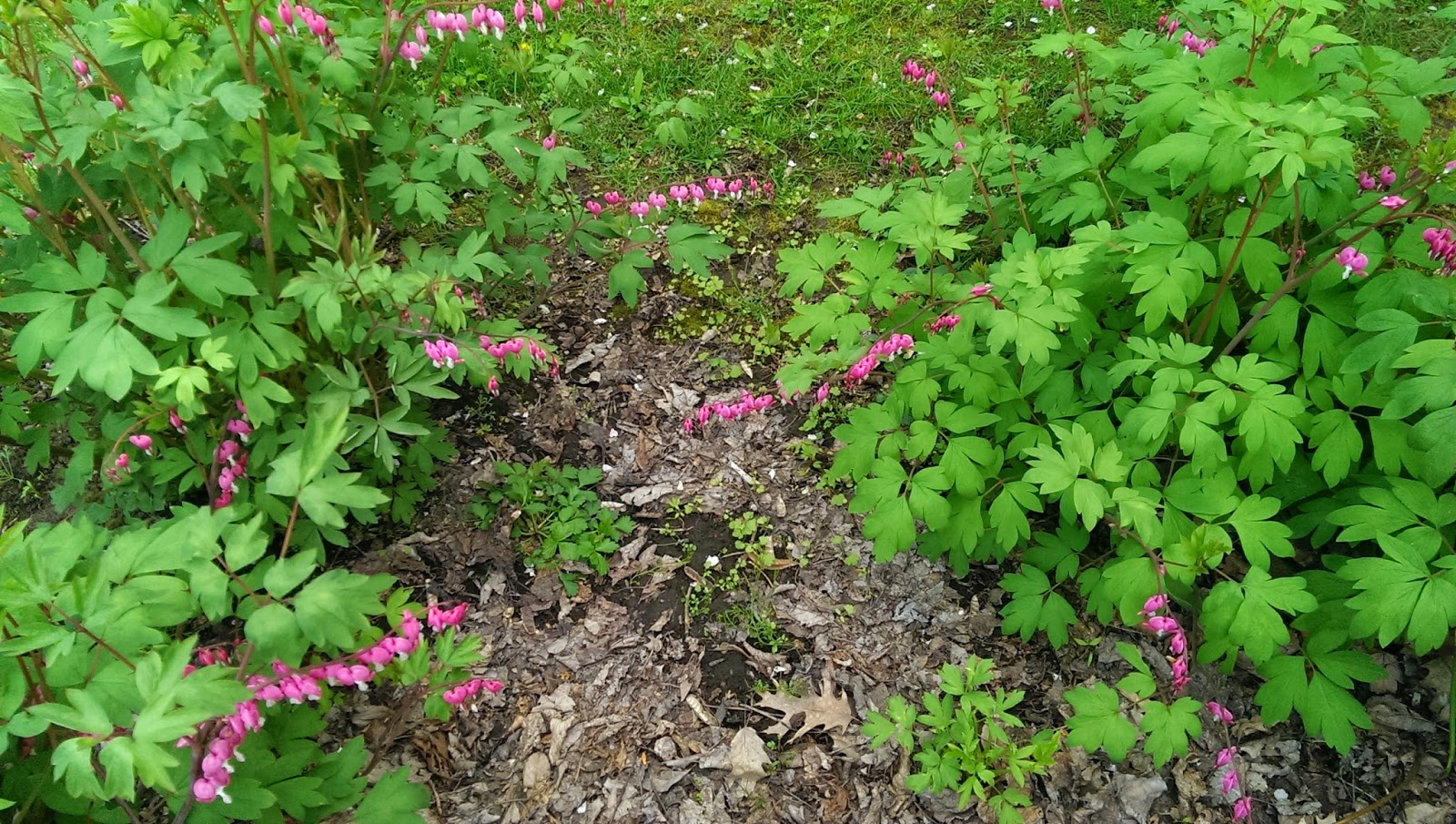 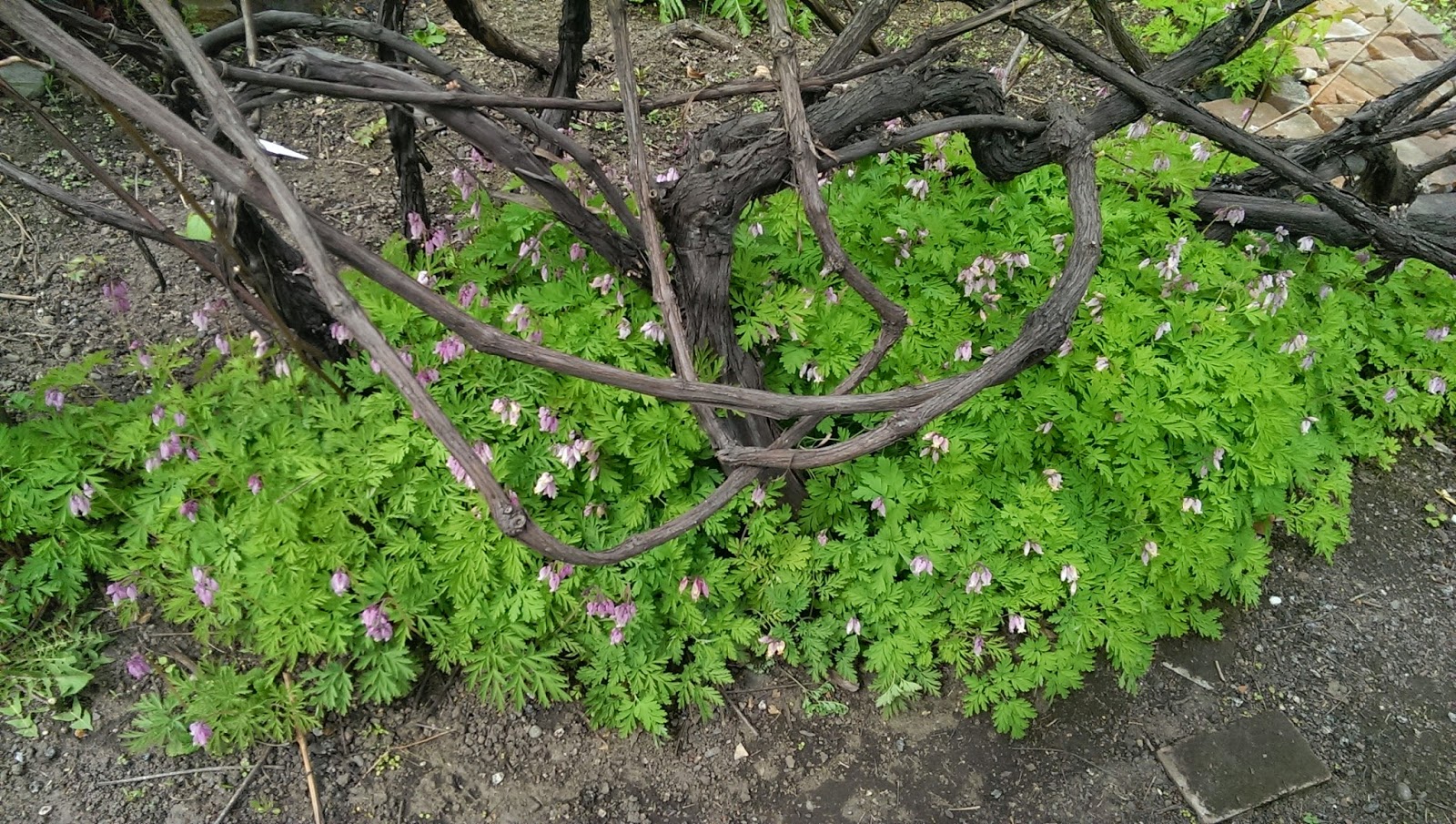 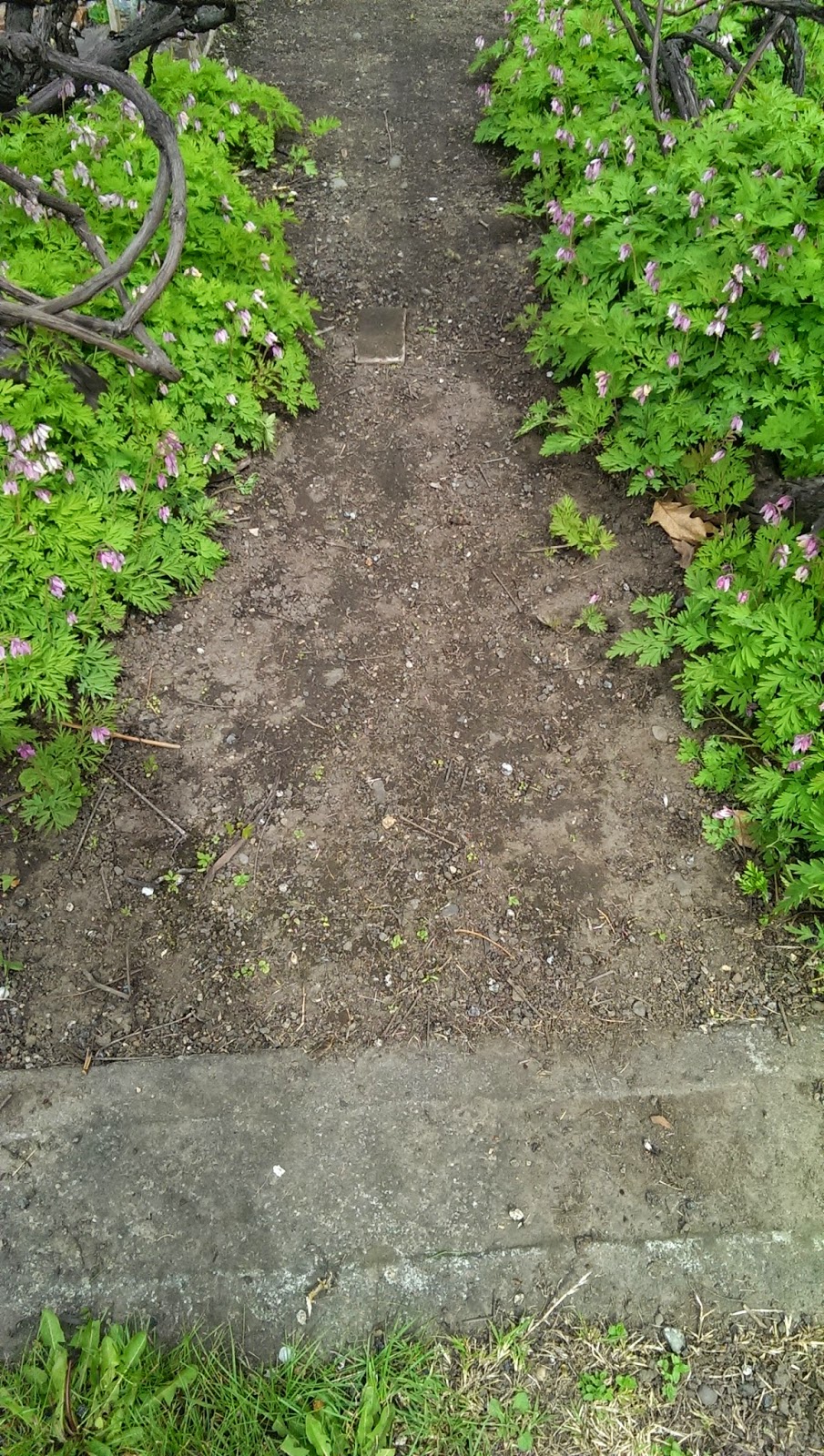 The Natural Area gave me this beckoning pathway as mine. 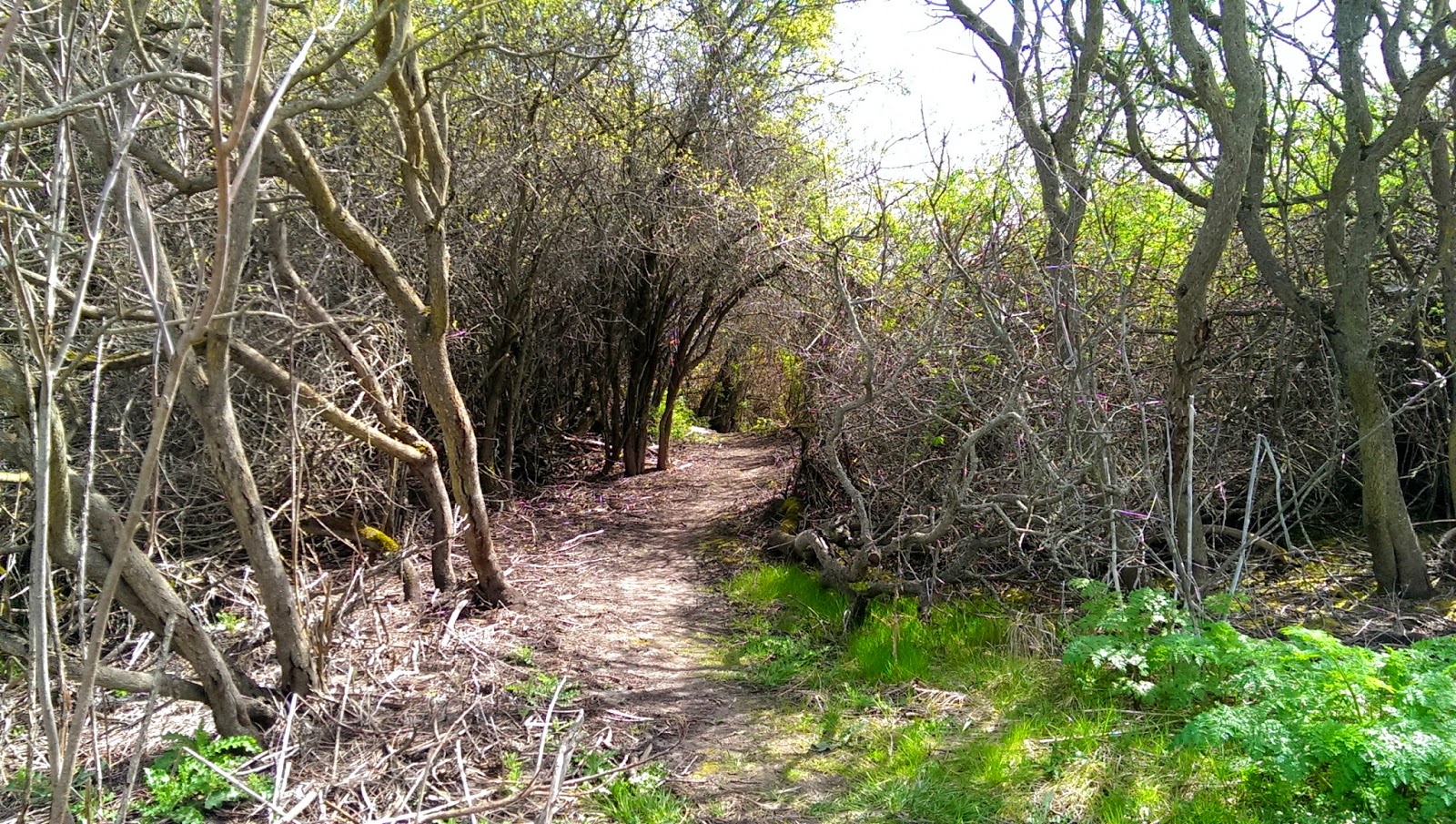 The work crews at the Natural Area were working so fast that the new stairs had been dug into place, the paths all widened and the mullein ripped out a couple of hours ahead of schedule.  So at the end of the day, I had time available for real pike shunning.  Or here in Walla Walla I should call it way shunning, as we have no turnpikes.

Pup came along with me and this is what we won in the game of It’s Mine.  We traveled up Spring Creek, down steep Tracy Road, along Biscuit Ridge and off Third Street in Dixie (where we saw the turkeys).  A most successful day of shunning.  Pup claimed the cow and the white-tailed deer. 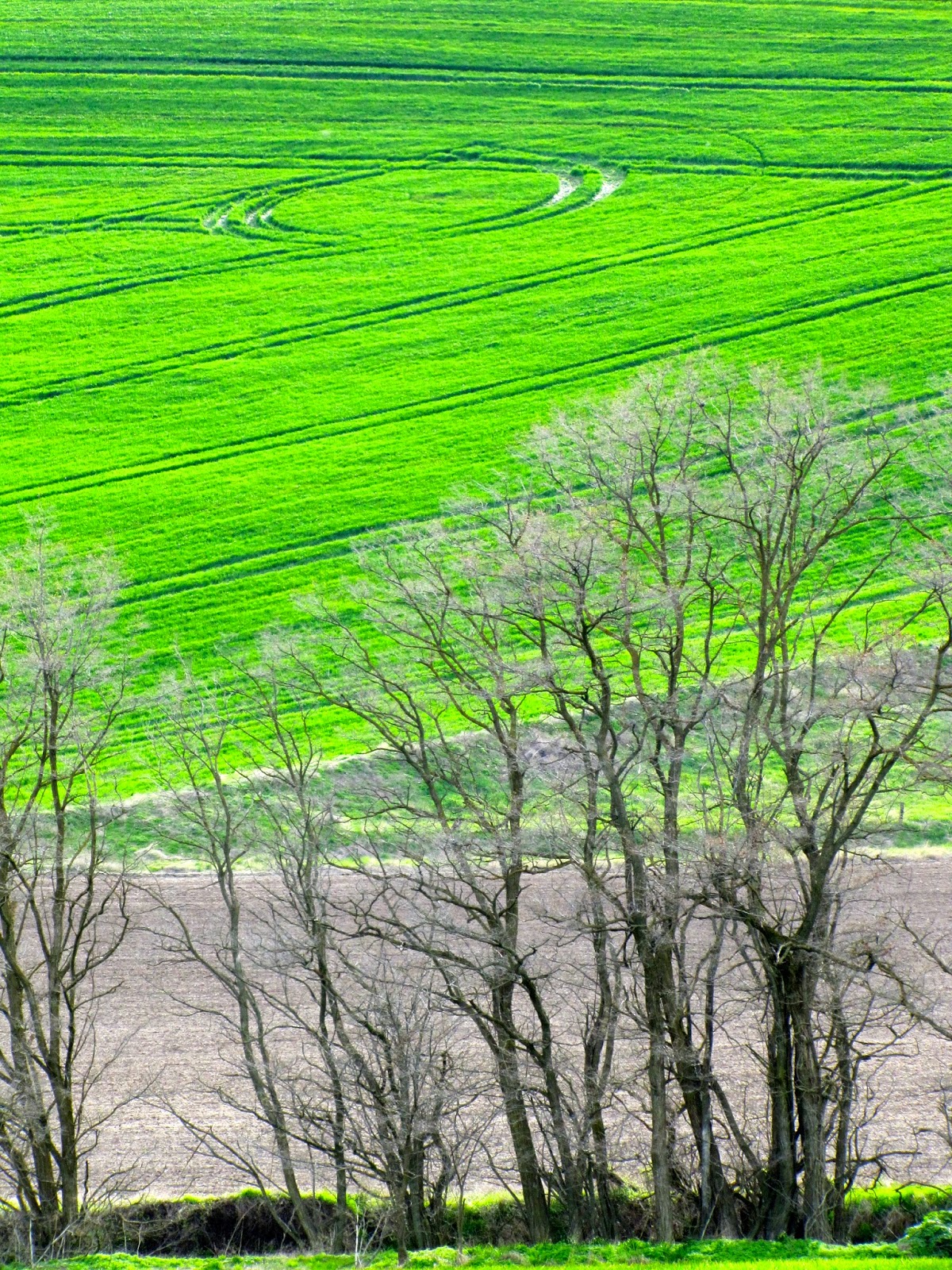 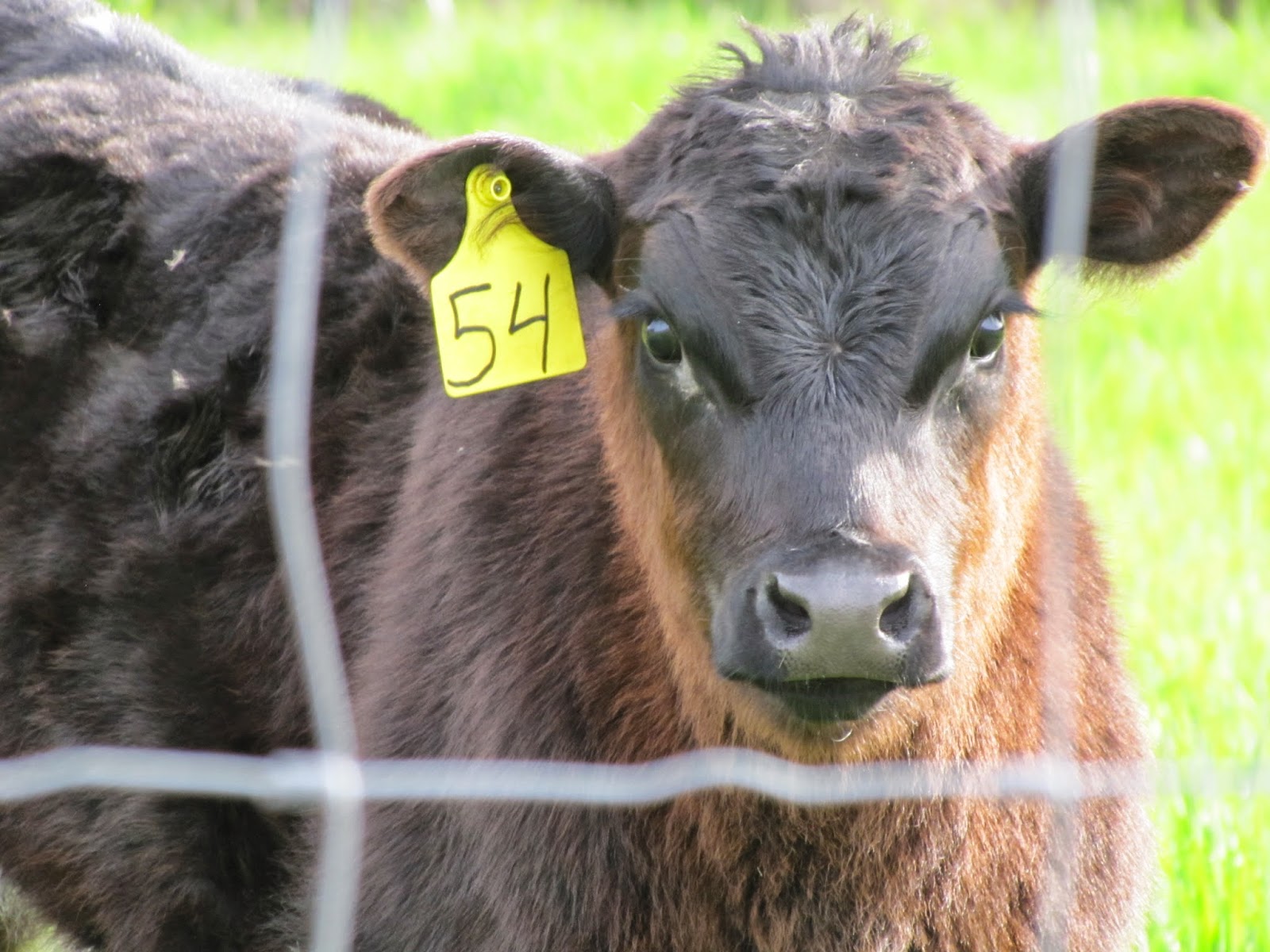 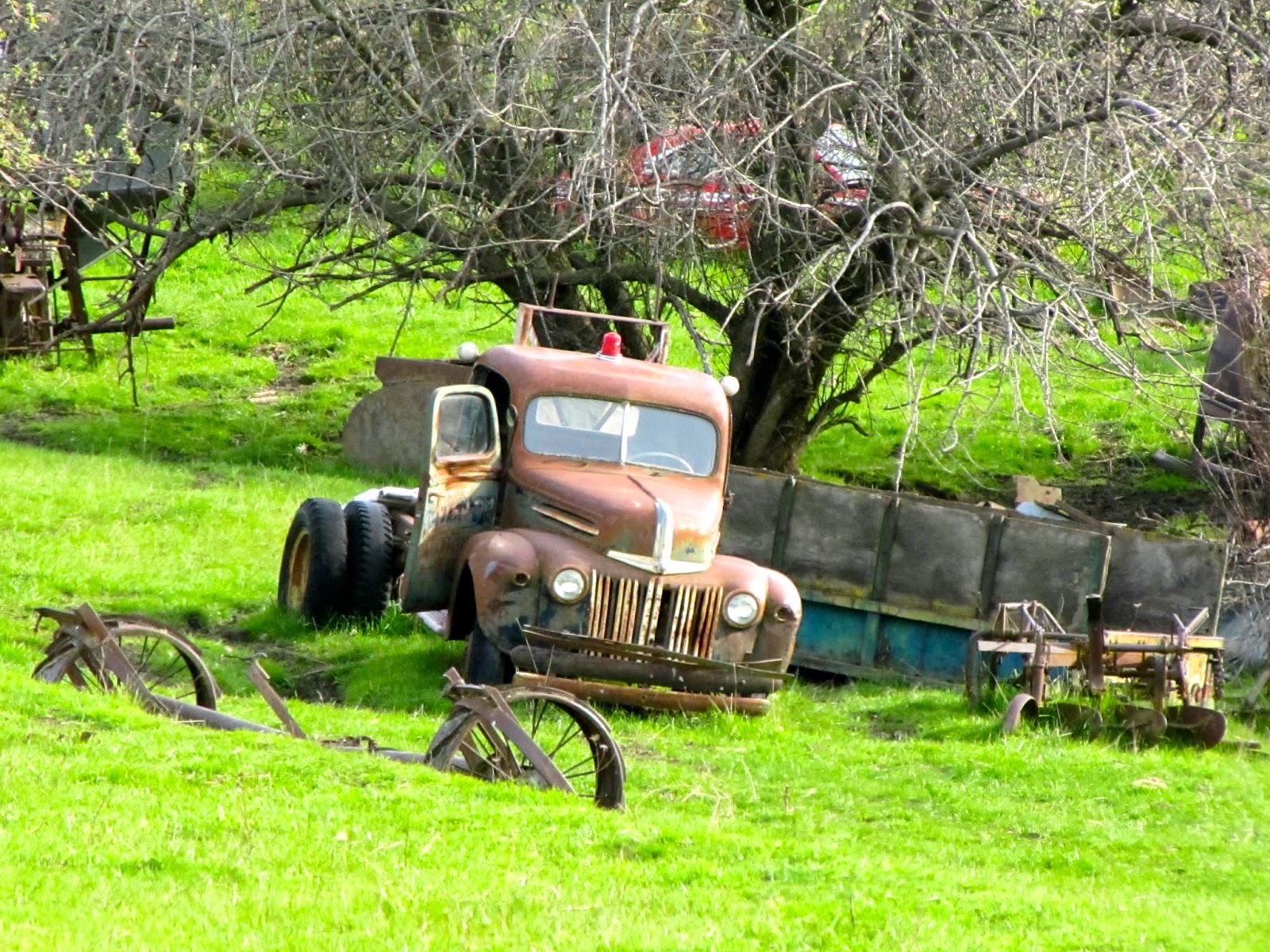 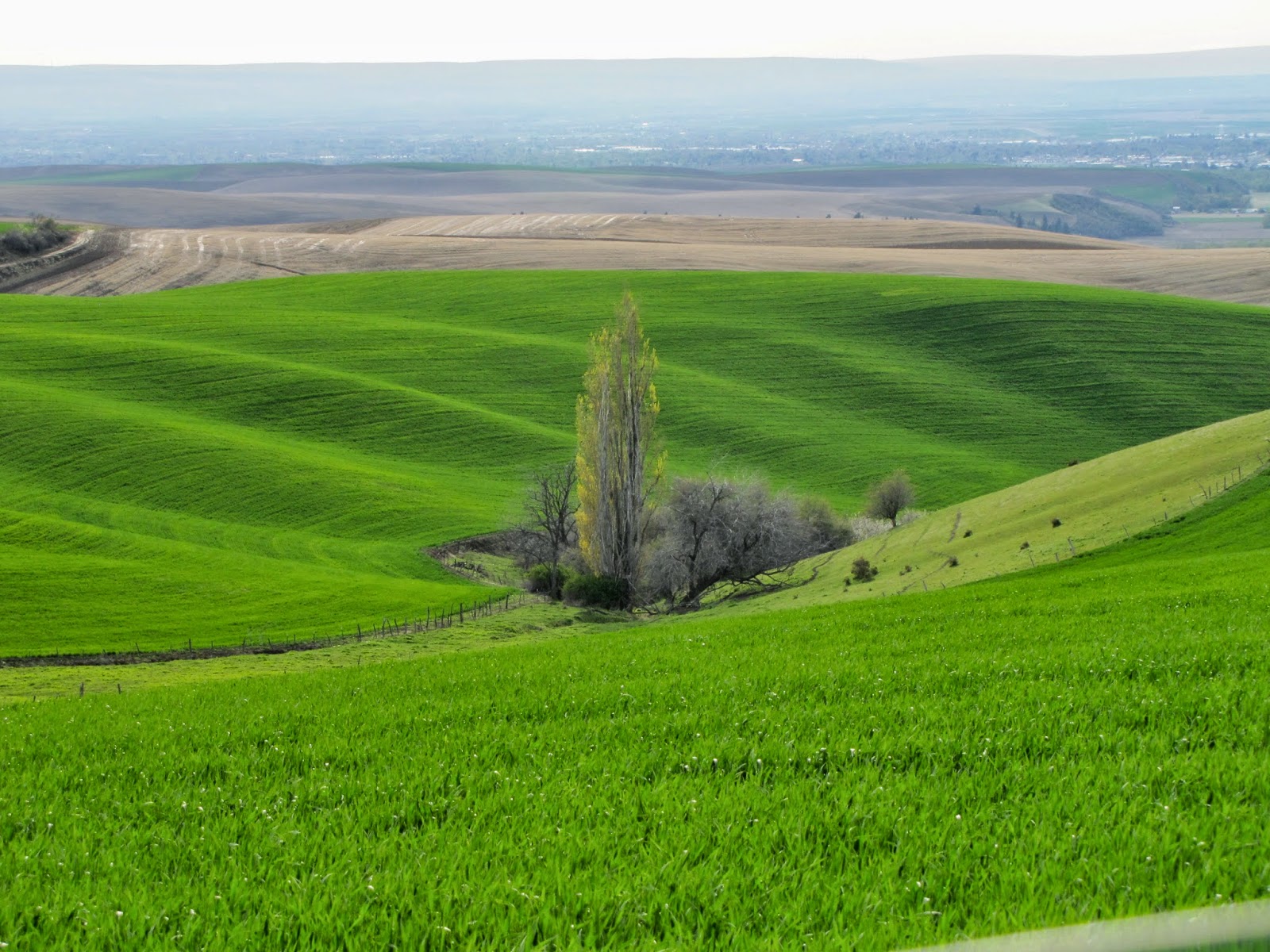 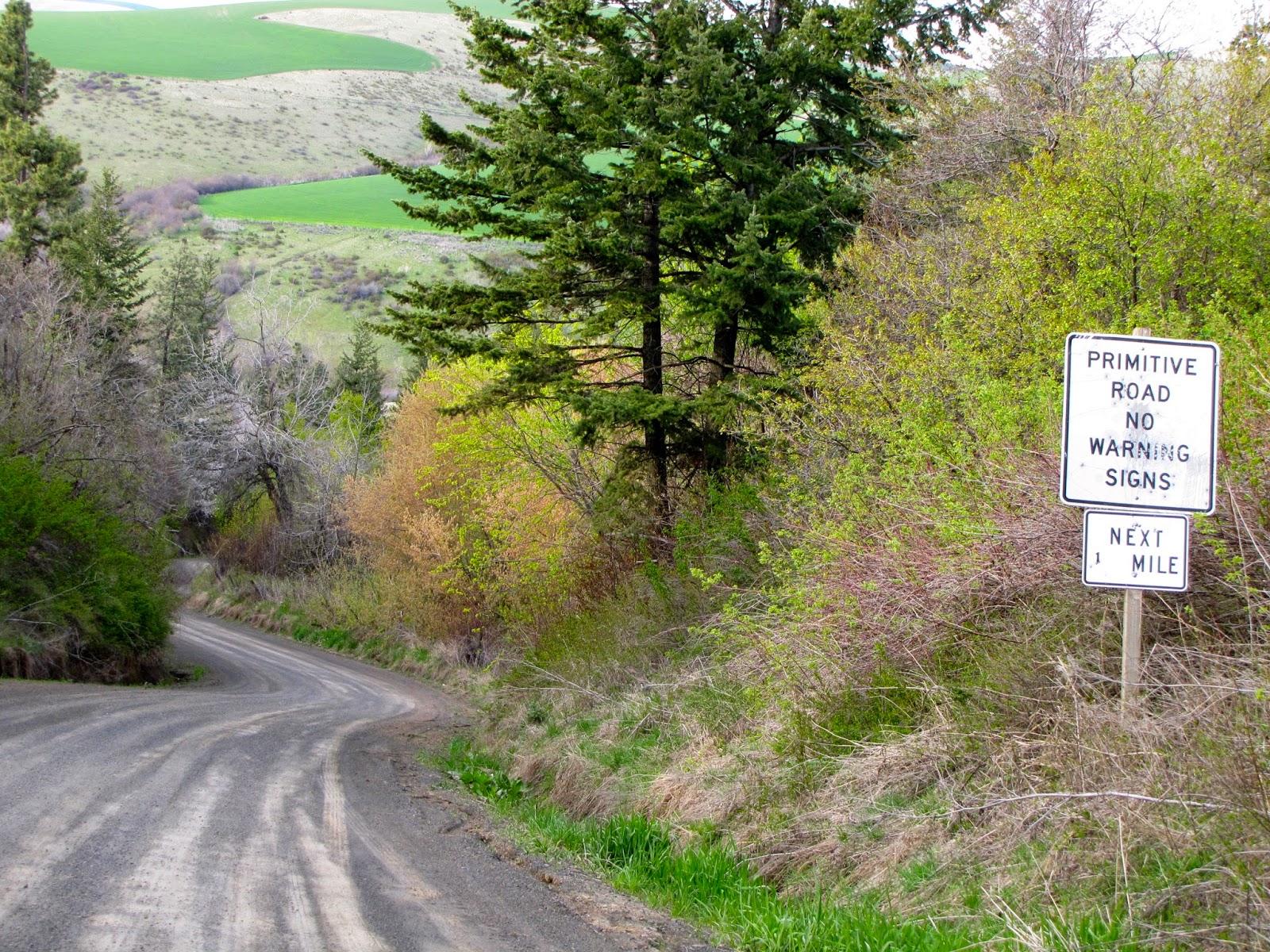 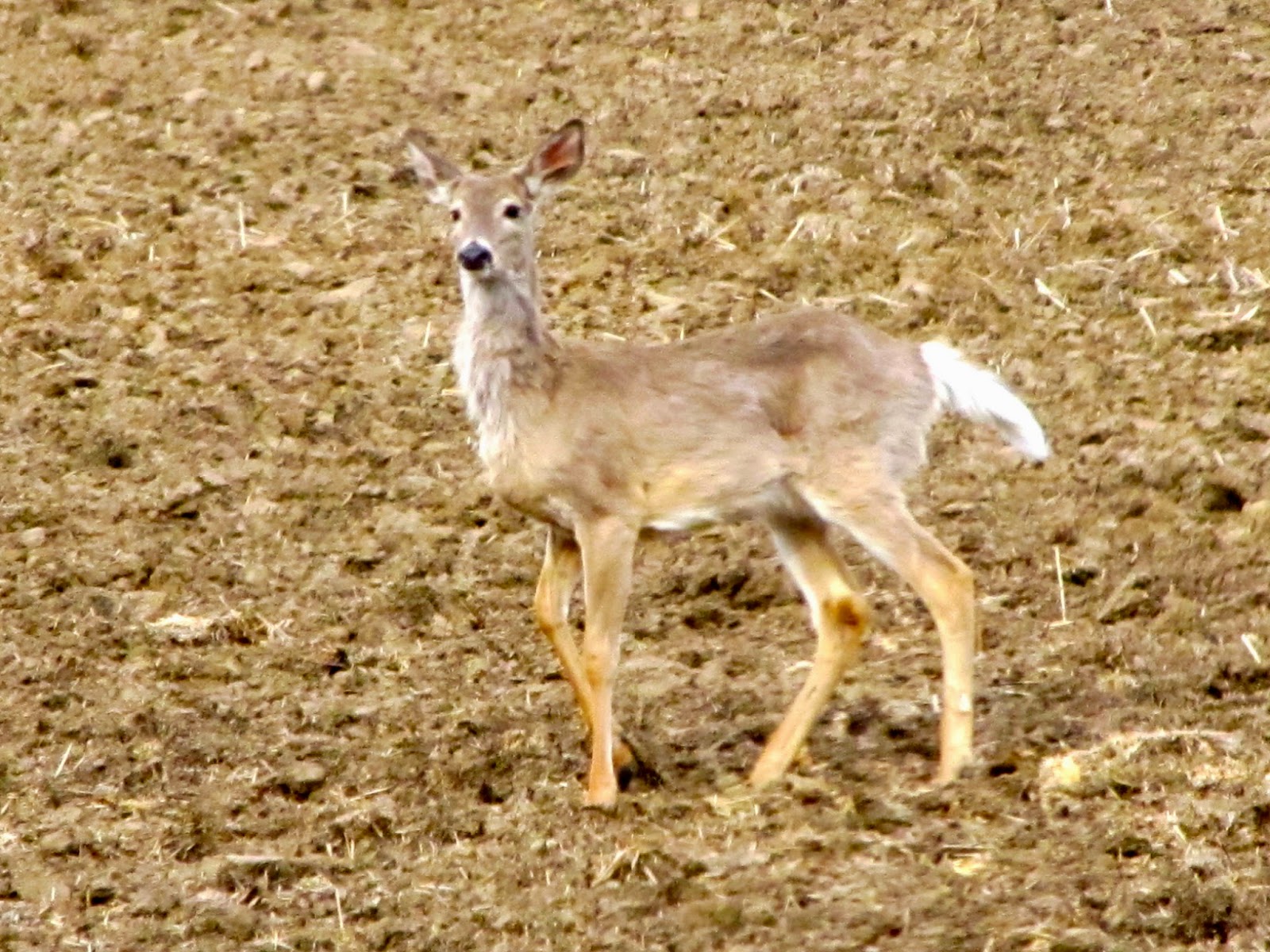 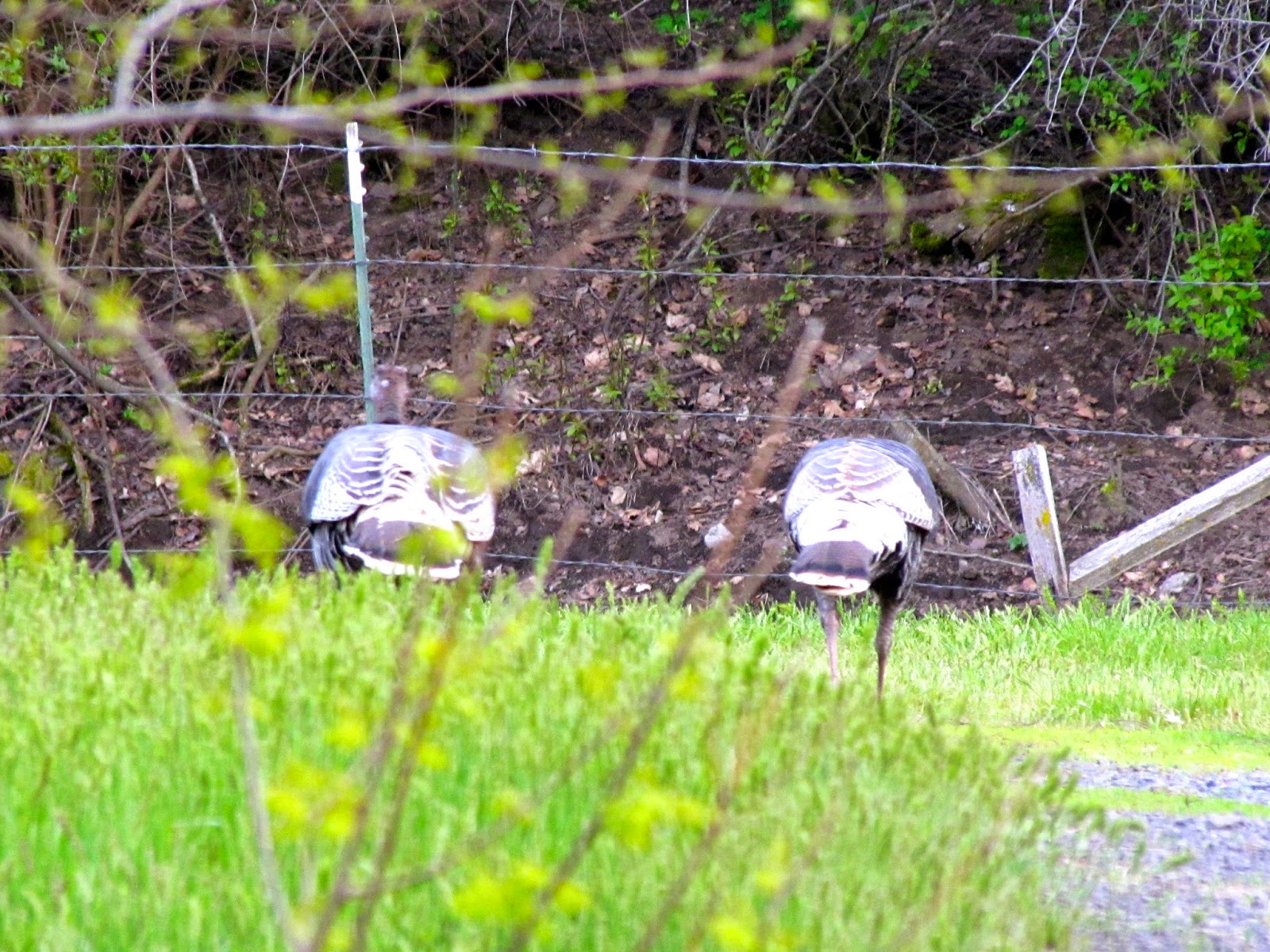 Posted by boxoftales at 9:21 PM