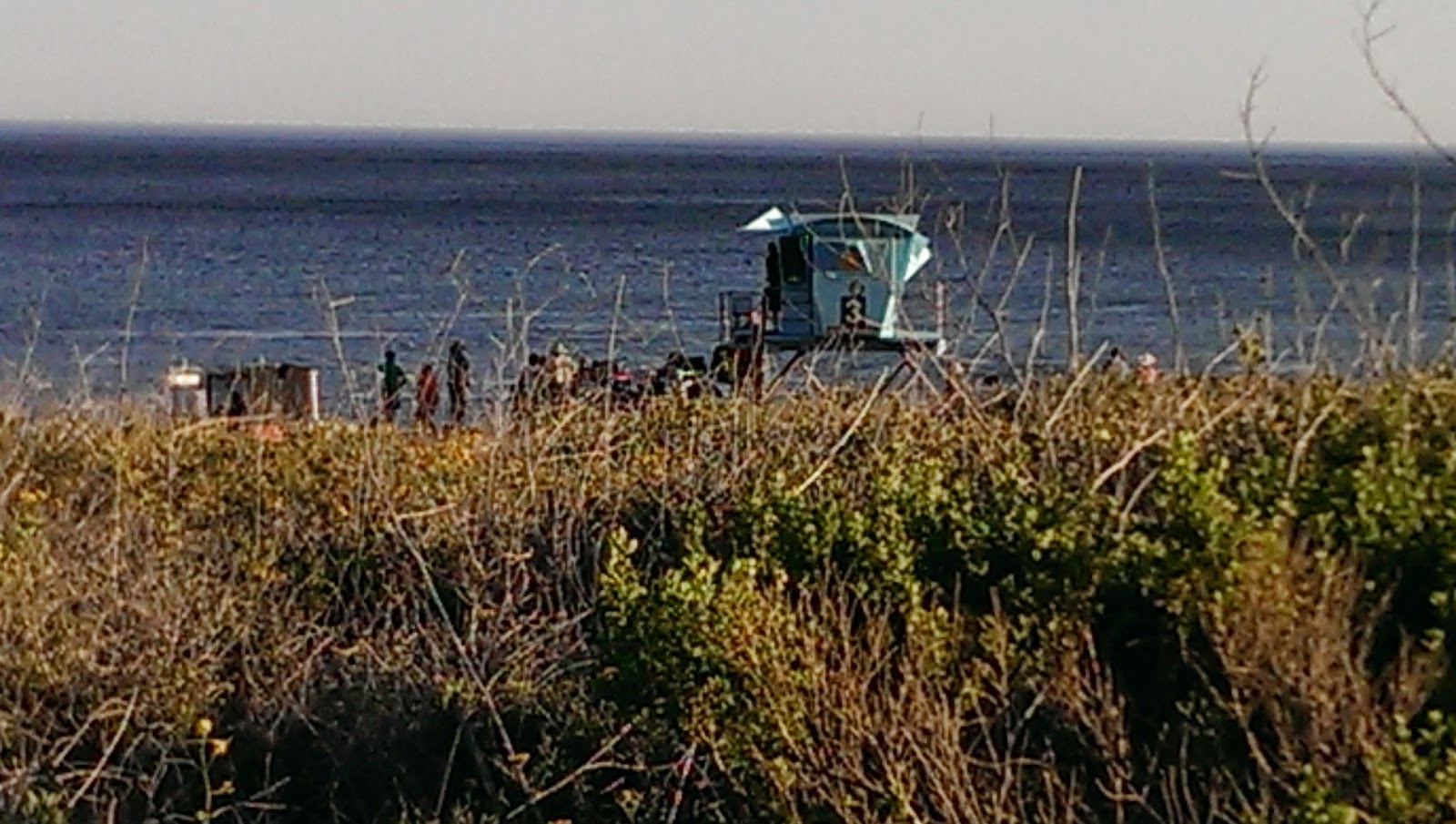 Ah, southern California beaches.  Pup and I strolled down to the beach from our campsite north of Malibu just prior to sunset and wandered into a filming site.  (This is southern California, the land of the famous and photographed.) 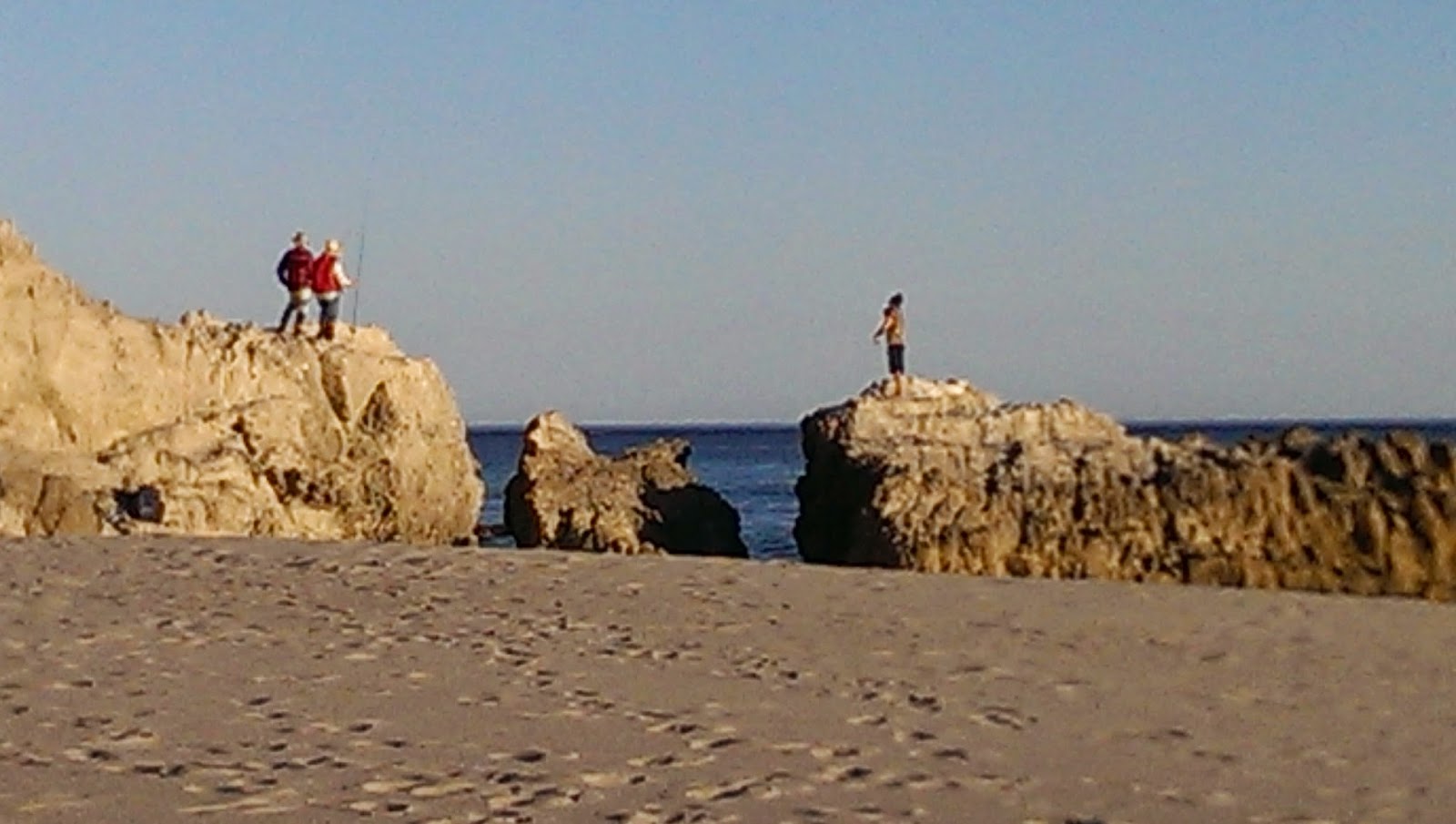 Dogs in southern California must live a reserved life.  Too many dogs pooped on the beaches, kicked sand on the sticky suntanned bodies and chased the birds.  “No Dogs on the Beach” signs mark the entry of beaches all the way up the coastline.   A dog’s beach north of San Diego was dense with wagging tails.  I met the same signs near my campground, but I kept seeing dogs on the beach.  A family with a dog noted that just a little farther along there is a sign for dogs on leashes.   Pup was happy when we reached the surf. 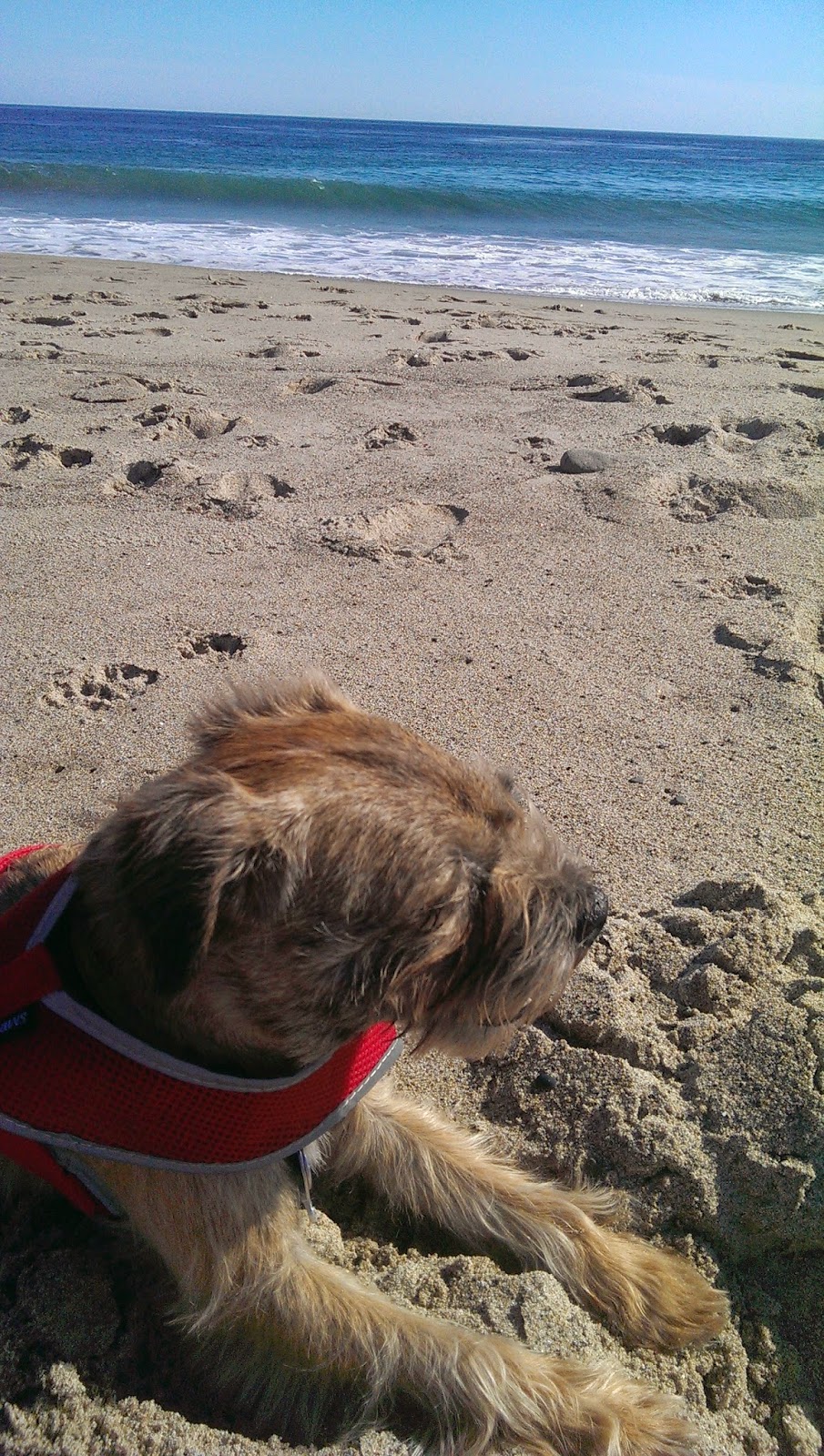 We watched the filming for a while and then pup ventured into the surf ripping about in and out of the waves until we were both swamped unexpectedly with a cool wave. With capris wet to the waist I lay on a hot cement picnic table and enjoyed the breeze.  This same breeze was stirring up a fire east of Los Angeles.  The dry chaparral all along the coast highway was worrisome.  A fire truck cruised through my campground.  Just checking. 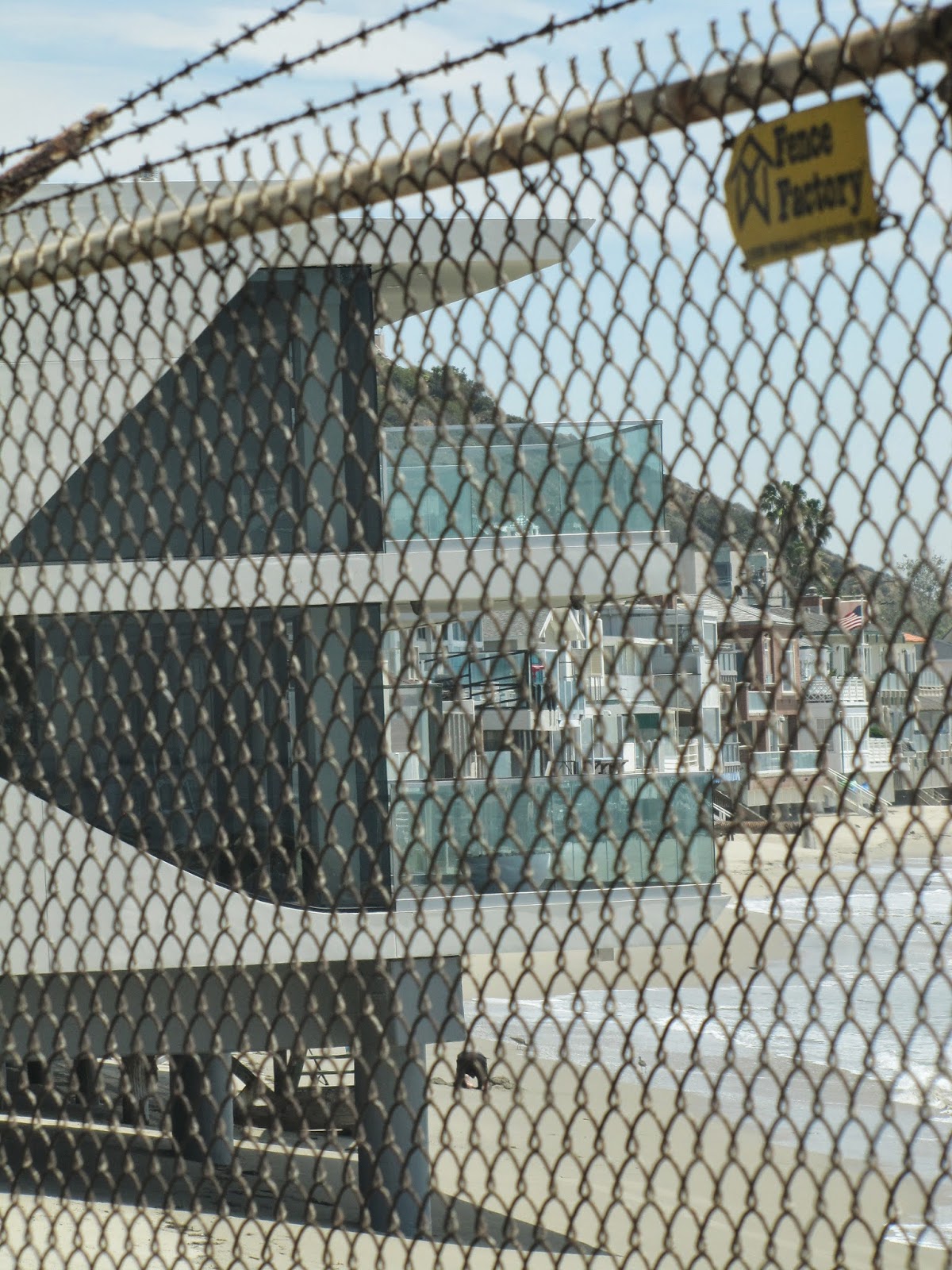 Dogs aren’t the only ones restricted from some beaches.  The barbed wire in this photo and the miles of locked gates in walls or tucked into impenetrable hedges made for a boring drive along the coast.

As always I like looking at houses.  Homes in Topanga Canyon and Malibu often make the pages of architectural magazines.  I thought that I might end out with a pile of photos of houses, but oddly enough I saw few worthy of a photograph.  I am sure that there are many, but mostly I saw nothing noteworthy.  I didn’t take any photos of the red-tiled oversized haciendas or the mostly blank walls facing the highway.  The one house that I admired up on a cliff shall have to be the poster child of Malibu houses. 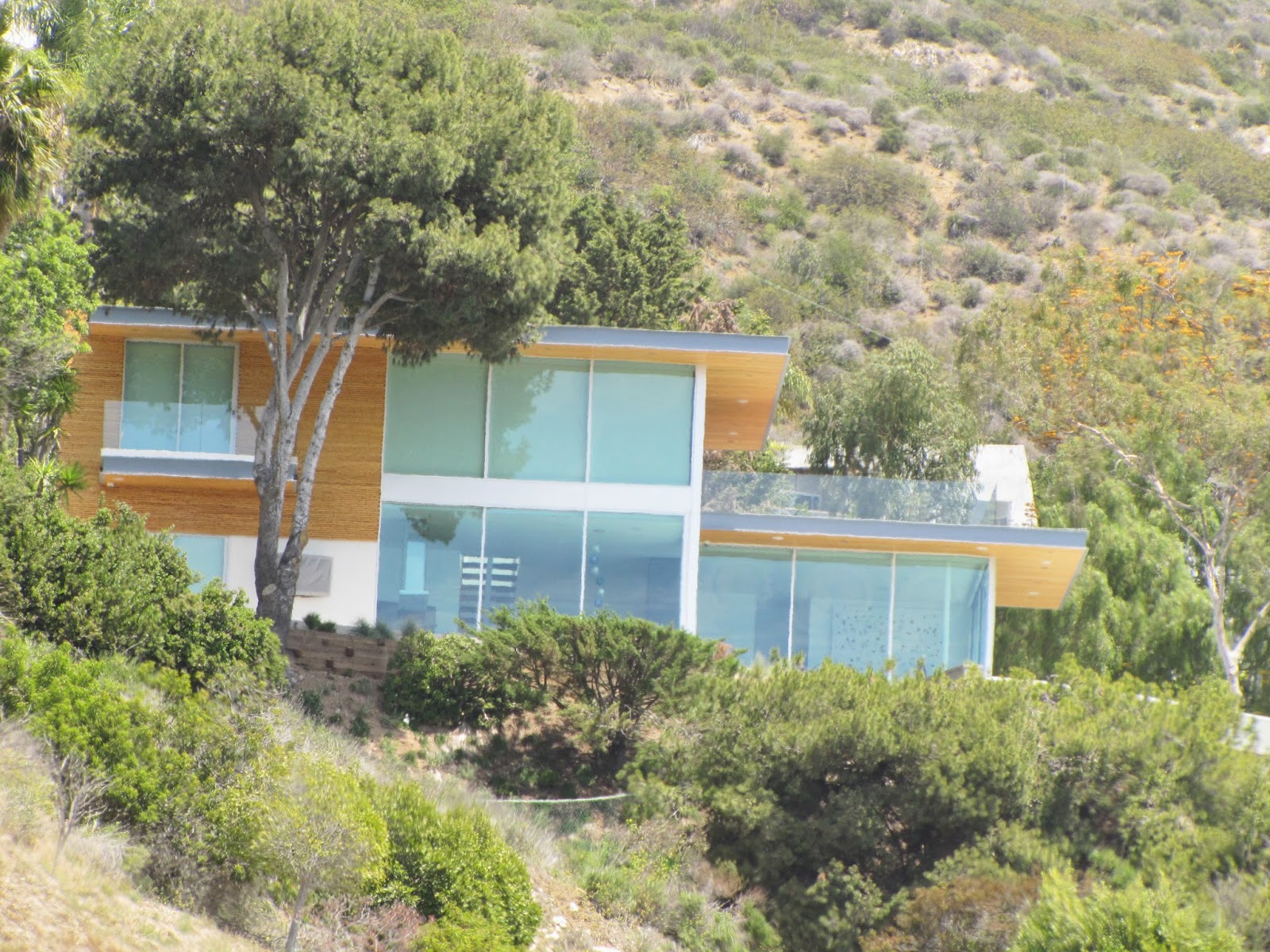 I stopped at a little shop near the post office and just wandered in curious about the price on a canvas surf bag.  I know someone who would appreciate it.  The $385 price tag was a bit of a deterrent and a good reminder that this neighborhood is designed for the wealthy surfer.  There are surfers with fewer resources.  This is the only neighborhood where I saw young suntanned kids holding cardboard signs that said, “Need gas money.”  As in need gas money to get to surfing beaches.  Gas today cost $4.39 per gallon, the most that I have seen on my trip.  I gave no money for their cause. 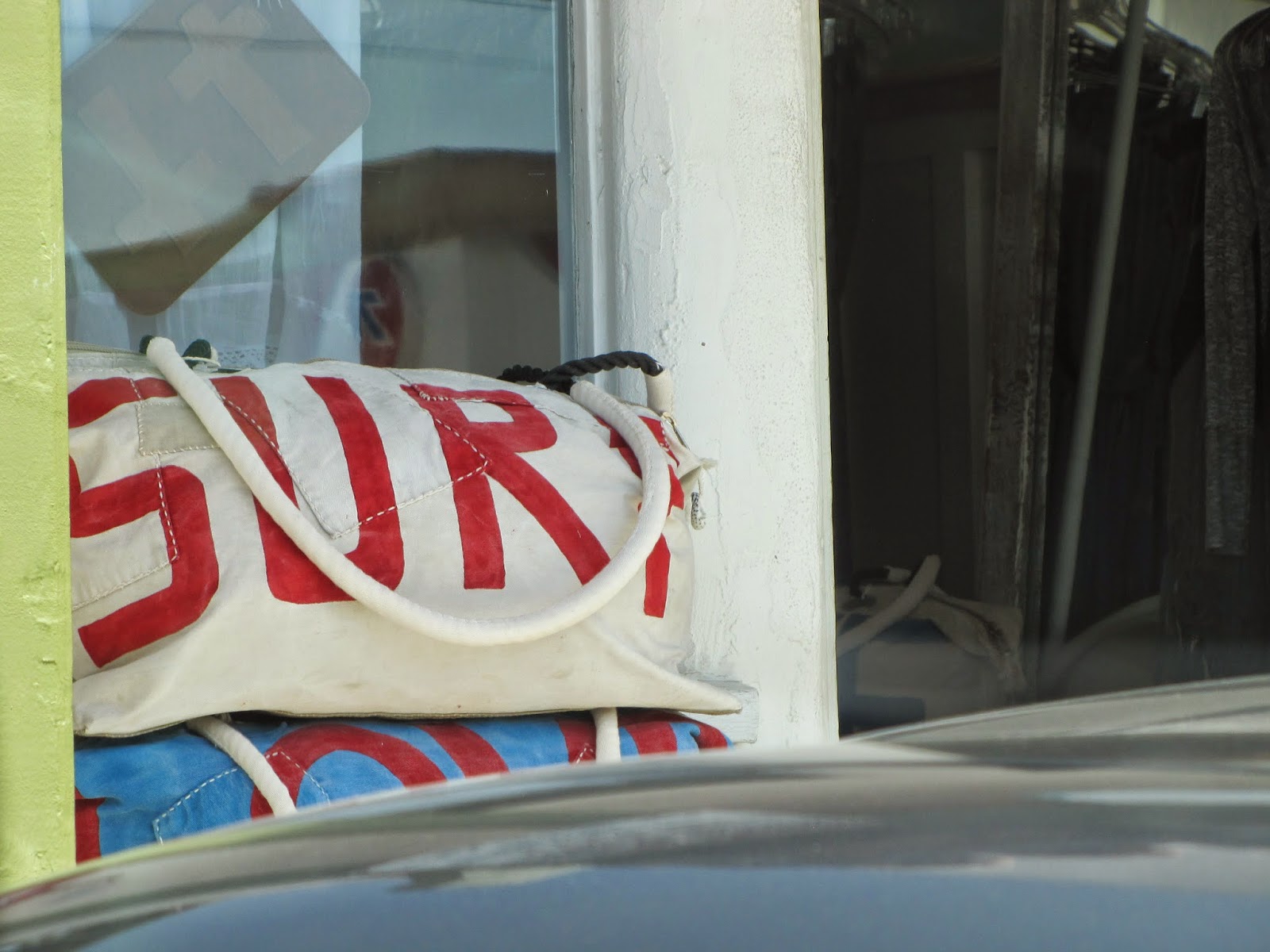 Posted by boxoftales at 9:19 AM