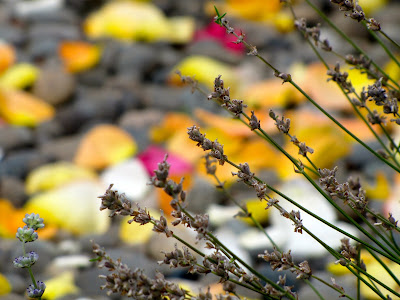 Rocks and roses.  Marriage is like the footing surface that the bride and groom stand upon while they say their vows.  Hard and beautiful.

As my stepson, Cody, and his wife-to-be, Emily, stepped across the petals that had been scattered by a band of children onto the pebbled path, I thought that this marriage would have fewer stones and more petals than so many other couplings that I have known.

Marriage ceremonies are grounded with vows and lofted with symbolism.  Moments before Cody’s wedding began, the tents were removed from over the chairs thereby banishing the shadows that they cast upon the guests.  The storm momentarily pushed clouds aside and sunlight graced the scene.  A good sign.

The other wedding party celebrating on the island that weekend had their tents, tables, and place settings blown into the bay in the previous windswept night.  I pictured their teacups bobbing, the sodden napkins sinking and the canvas tents speeding away leaving the niggling suggestion of an ominous beginning in the minds of all in that wedding party.  Our guests smilingly settled into the chairs overlooking the lavender field. 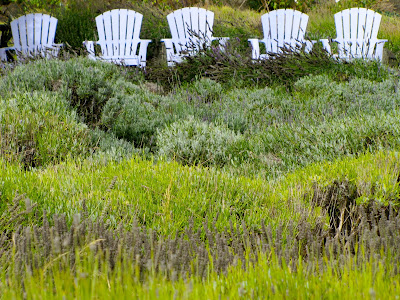 The tent above the dinner setting remained cautiously tethered.  Good marriages have some element of intention, of planning and of forethought.  Emily planned Cody concurred.  Cody planned and Emily concurred.  They surely disagreed but had to have comprised.  Guests couldn’t tell of any disagreement.

The gleam of silver on old platters bespoke of tradition and of the longing for something that would last and be treasured.  Emily had planned her wedding shower to include gifts of the serving platters.  Good planning.  Cody made sure the dining tent was secured the night before.  Good planning... as rained poured during the dinner. 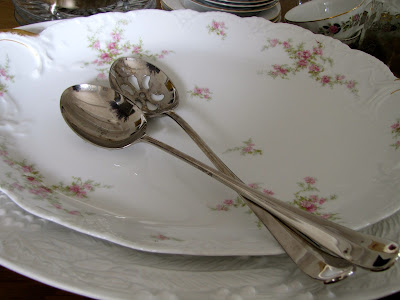 But any marriage couple, who are expecting perfect execution of plans, and then responds with anger when things go awry will find trouble foreshadowed. 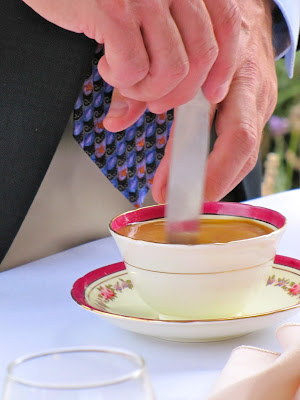 As Emily’s friends began unpacking the silverware, it became obvious that there were only a few spoons.  If Cody and Emily’s friends and families are any indication of how they themselves will handle future challenges, they are in luck.  Brendan stirred his coffee with a knife, laughing.  (So little is worthy of anger.)  If the lack of spoons was an omen, it was a good one. 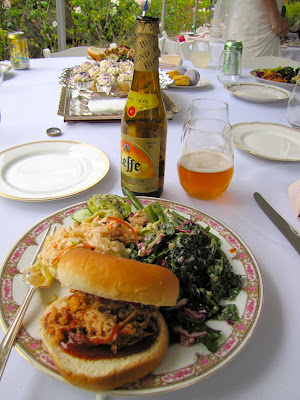 As was the dinner.  Pulled pork from the restaurant where Cody and Emily had their third date.  If the two of them remember to keep dating, returning to what they loved and adding to that repertoire, they will keep amazement in their relationship.

Even children had words of advice.

Not every wedding lets children take the microphone.  Blessed was this wedding with words from the attending kids.  “Congratulations!” spoken shyly and a surprising “Everything dies!”  Marriages are hard and beautiful.  Even a child could predict the eventual end.  Until that end, may Cody and Emily be blessed with enough hard times to keep them growing spiritually and enough beauty to keep them as joyful as they were on their ferry ride to the wedding. 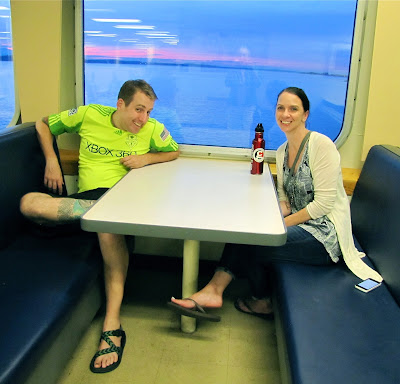 Good luck, you two.  Keep music in your hearts, a rock in your pocket and flowers on the table. 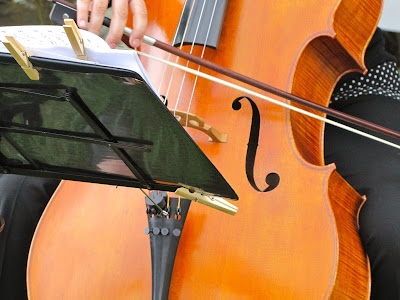 "I like your guitar.  Oh, I mean your ukelele," said a child as he passed the wedding's cellist.
And laugh.  Do laugh often.
Posted by boxoftales at 10:14 AM