Where I Sit to Write 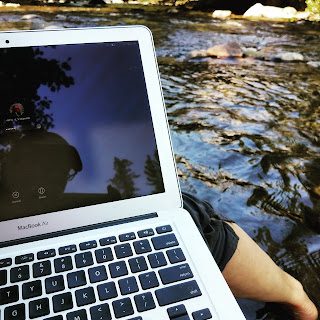 Steven King wrote his first successful book at “a child’s desk in a trailer laundry-closet”.  However, once he became financially secure, he tried writing for six years at a large desk in the middle of a room with a good view, but he failed.  He then switched to a more modest-sized desk in a corner without a window and began getting published again.  In his book that is titled On Writing, A Memoir of the Craft, his first piece of advice for writers is this:  “… put your desk in the corner, and every time you sit down there to write, remind yourself why it isn’t in the middle of the room.  Life isn’t a support-system for art.  It’s the other way around.”

Annie Dillard has similar advice in her book, The Writing Life.  She wrote that book in a primitive cabin on a remote island at a desk against a wall.  Dalton Trumbo, a writer from the last century, preferred writing in the bathtub.

When I moved into my cabin, I ignored all their advice and examples.  Instead, I counted the places where I could sit with my computer or pen and paper and write.  I counted twenty-one places or twenty-two if I counted the bathroom facility. It has a nice view of an old lamp reflected in the glass subway tile of the tub. 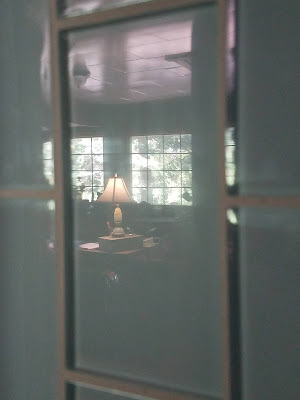 Although there is merit in the advice of the above writers, I think the difference for me is the bounty of time and place.  Last year when I felt pressured to complete a manuscript, I set a strict writing schedule, turned off all media, and sat in one particular chair.

But most of the time, I can let my mind or eyes wander.  Even Annie Dillard suggests taking a walk when the work seems stuck.  Living in the woods with views out every window and with the sound of the river a constant, I can take walks without moving from my seat.  The rock by the river in the photo above (seat number twenty-three) is the ultimate writing place from which to wander. 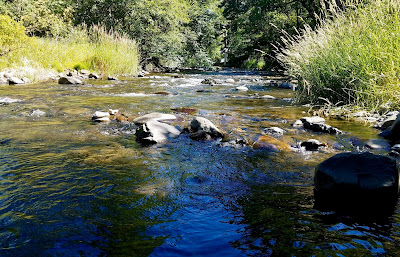 The ouzel birds wing past and the tall bankside grasses wave as a breeze wafts down the river.  Periodically, particularly with the air temperature in the nineties, I dip my feet in the cold water and watch the water striders for a moment as they stroke and backstroke in the eddies.  But mostly my attention is on the words on the screen.  Intent on the work, I am surprised when I look up an see the river coursing by – having forgotten its existence while I concentrated.

My writing rests on the skill of making connections between the ordinary and the unexpected.  This braiding of ideas is like the motion of my river.  As the water rushes over and around rocks, its currents are disrupted and then refolded into a new alignment of molecules pushed downstream or into backwater eddies.  Likewise, when ideas rush by and I can’t quite catch them, I look up and take a mental walk.  Meanwhile, my brain sets to work like it is the Corp of Engineers, damming the flow and channeling the thoughts, all without much assistance on my part.  When I return to my work, the ideas are waiting, stilled into a pool of thought. 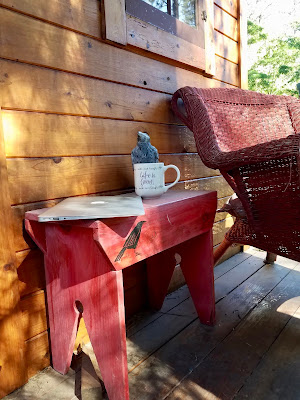 When the weather is warm enough in the spring, I often write mornings in a red wicker chair on the guest cabin porch.  As summer months arrive, the violet-green swallows, who nest in the cabin eaves, attempt their first flight.  If I am lucky, I am sitting in the chair on fledging day.  The young birds wobble past me over and over on unsteady wings.  By the second day, they circle the main cabin.

By the third day, I can only spot the young swallows high against a deep blue sky.  I’ll admit I get less done than usual during the fledging week.  (And if the bear cub is in the cherry tree one cabin over, I get even less done.) 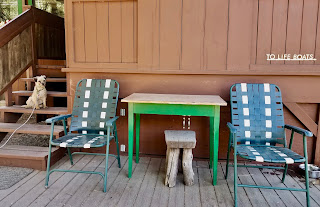 On evenings, like tonight, I can be found in one of the green plastic lawn chairs left by the previous owners.  The final rays of light brighten the high hillside meadows across the canyon. The dog snuffles as she chews the bone she borrowed from the dog next door. Birds twitter, settling for the night.  After a while, I glance up again and the sun is now off the ridgeline and the sky is a soft gray.  I notice that the car in the evening light looks less like it needs a wash. Shortly, it will be dark though and it will seem like I am writing – as advised – in a corner without a view.  That is unless there is a moon rise.

Posted by boxoftales at 9:19 PM