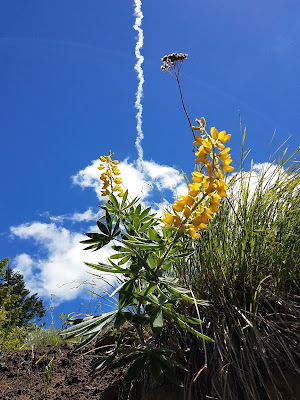 Guilty.  I was guilty of admiring jet stream skies while on a field trip to behold the bounty of flowers found in the Blue Mountains.   Pollution versus nature.  If I were trying to defend my case, I would argue that I was admiring the wind and its capricious redistribution of man's trailing lines of waste.  I wasn't glorifying pollution; I was merely noticing the properties of a natural phenomenon.  It's a point of artistic translation.

The flowers competed for attention.  Without guile or avarice, they flourished in this year of deep snows and bountiful rainfall.  Evidence of their tenacious hook on this earth. 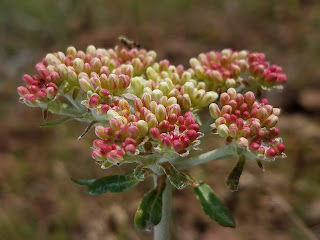 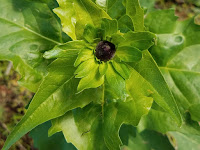 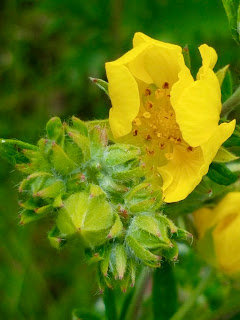 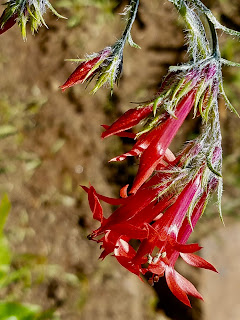 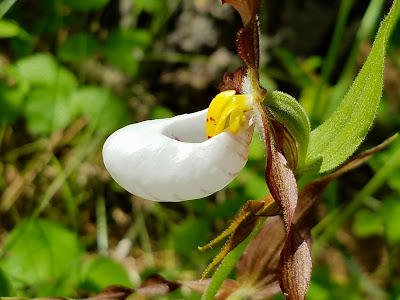 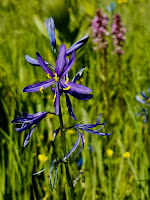 Yet, as species are under stress, those jet trails seem to mark x's ... 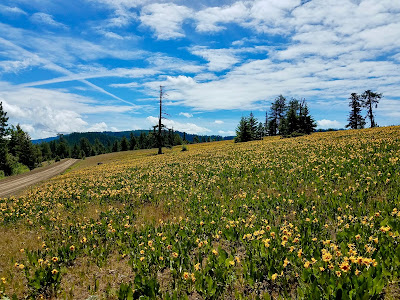 ...for the spots in which flowers are diminished in number or being scorched into non-existence.

The day's sky was a rare full-on blue atmosphere.  The group of Audubon members stopped on a small plateau to eat lunch and chat.  We looked for bears and listened to birds.  Our hosts for the field trip, Jeff and Cheryl named species after species.  Their knowledge astonishing.  All of us worked at remembering the names; as if by naming and noticing, we could with linguistic skills keep the plants from disappearing. 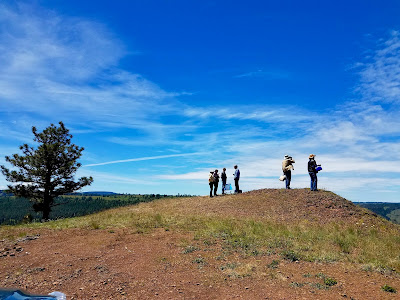 Jeff took us to see phantom orchids in a densely wooded area.  These orchids have no chlorophyll, hence, their stalks, leaves and flowers are white.  As forests diminish, this northwest native species is becoming scarce.  The ones we saw were just beginning to bud.  They resembled something.  Oh, yes.  Their stalks were like the trails of white jet streams. 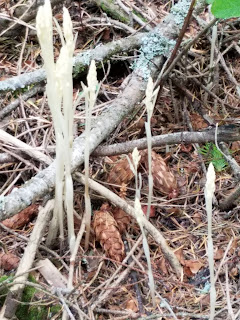 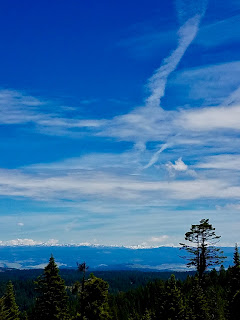