In Edinburgh in a shop, I read the origin of the word window.  Wind hole.  The wind on the night that we arrived in Edinburgh was so ferocious that pedestrians passing the window of our cafe were blown into each other's arms - their umbrellas all useless inside out.

The first abodes in this part of the world, hovels with only wind holes in the roof for light, must have been most unpleasant places.  When windows were first placed in walls they were covered with cloth, wood or hammered horn to block the gusty drafts.  The horn and for the wealthy very thin marble let in some light.  It was only in the 17th century that glass was finally invented.

Wind eye.  A variation on the origin of  the word window is wind eye.  Traveling in the UK one becomes accurately aware of windows and the significance for early inhabitants.  Wind eyes were essential for spotting the enemy.  In castles and early homes the windows seem so tiny and strongly protected. 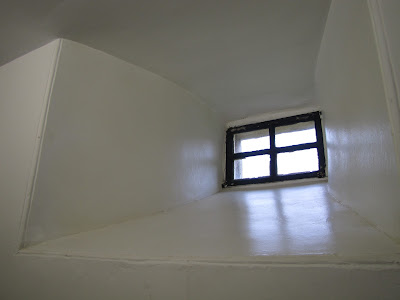 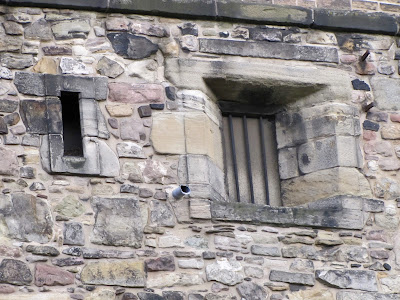 As we would walk to and from our flat in Edinburgh, we would pass a house that seemed to be guarding the Dean Bridge.  One ancient window with eyeballs in the panes would catch my attention.  Touring England and Scotland, I felt ridiculously obsessed with windows. 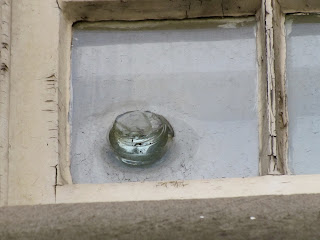 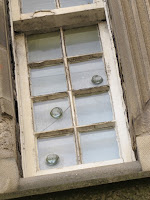 With a countrywide stock of old structures - three, four or more centuries old, the variation of window styles and panes is impressive.  For instance, we visited the Traquair Castle near Peebles, Scotland.  It is the oldest continuously inhabited house in Scotland - 900 years worth.  From an upper floor, the window gave this very wavy view of the garden maze.  At one time most of the house must have had this glass. 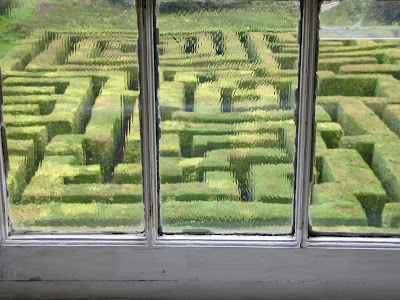 Think of the word shut-eye.  Closing the wind eye for the night meant closing the shutters.  Shut her.  I  am fascinated that words transform themselves - shove together until they have become a thing instead of an action.  In our Georgian flat there were eleven-foot tall shutters.  They folded into cupboards on either side of the windows.  At night my sister liked to shut-out the light.  I liked to keep them ajar to let-in morning light.  We compromised on shuttering, one side closed and one side cracked open. 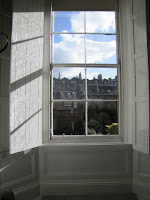 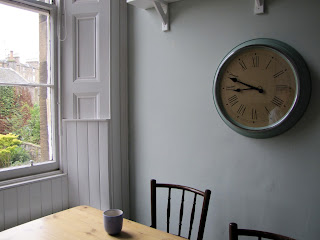 In the old houses with the low ceilings and dark floors, any window drew me towards the light and as a writer I kept an eye out for good places to write or read. 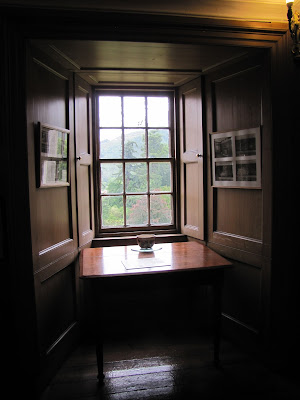 When there weren't shutters, there were shades or drapes.  Houses were thought of as bodies, hence draping one's windows was like draping one's body - warding off unwanted glances.  I noticed a penchant for warm colored drapes making the cold rooms more inviting. 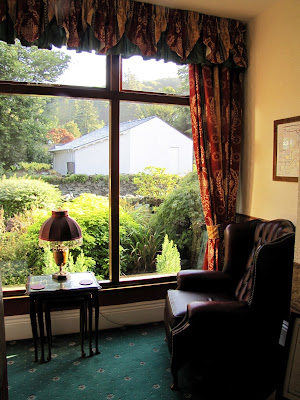 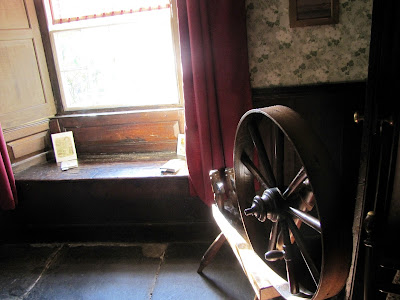 Shades.  When one pulls a shade, one gets shade.  The word made me think of houses with shady reputations. Were they the ones that shades were pulled down to avoid scrutiny?  Surely that is likely. The lovely shade below was not at such a house.  It is in the parlor of Beatrix Potter's house Hilltop in the Lake District. 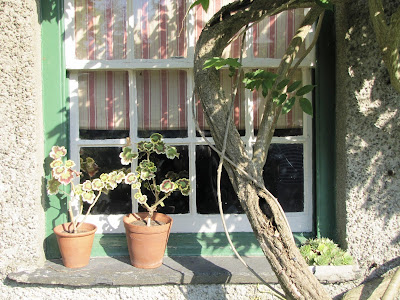 I saw one window that needed no shades or drapery.  The dirt on it sufficed! 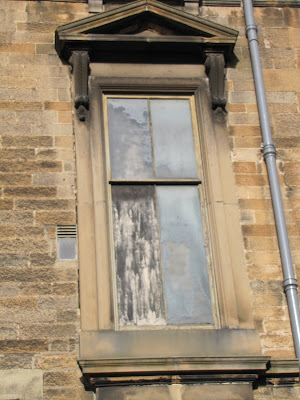 I shall miss spying interesting windows when I return from my trip.  Reason to come back to England and Scotland! 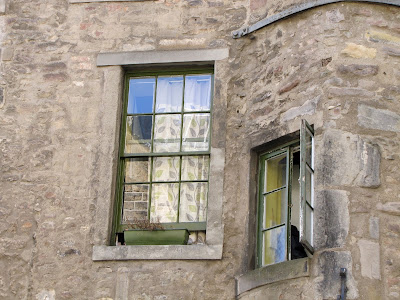 My sister just mentioned stained glass. One more variation!  A ship carrying souls to the other world in the Christ Church in Oxford. 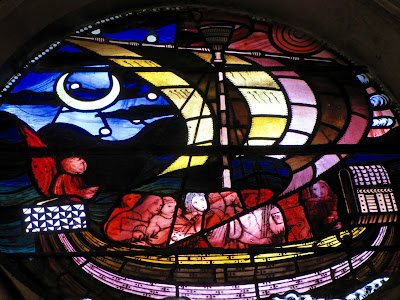 Oops.  One more.  A display in a shop window in Oxford.  The word display was used to mean exhibition beginning in the 1500's.  Here is an exhibition of puppets. 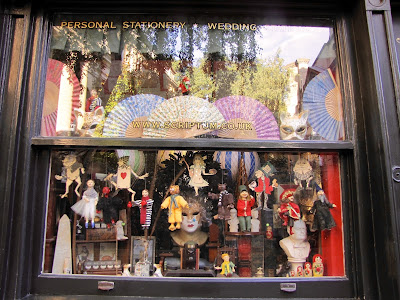 Posted by boxoftales at 1:00 AM