When I lived in San Diego, I thought of L.A. as if it were a highway, not a city.  I actually didn’t visit it often, but it always seemed like we spent as much time creeping on various highways as we did for whatever event we were planning to attend.

I recently returned from a second visit to see my friend, Art.  Both times he has helped dispel my earlier impression.  The timing was perfect with their spring ahead of ours.  We visited the gardens at Descanso to see tulips and flowering trees, hiked into a canyon at Devil’s Punchbowl and wandered under a wisteria bush that covers two backyards and is only open one day a year.

We listened to a good band called “Pure Bathing Culture” at a club.  We spent three hours at a Korean spa for senior’s day and ate good food like potato and cilantro tacos and grilled Brussels sprouts with lemon and a cream chipotle sauce.

We spent very little time on highways, but even that was exciting.  On our way to the desert, dozens of Corvettes and Porsches raced past us at speeds of over a hundred miles-per-hour.  (We later saw a few of them pulled over on an off-ramp by the highway patrol.)  And we followed one humorous city bus. 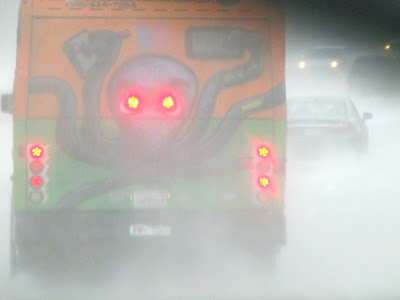 Put L.A. and its nearby destinations on your list.  It is really gorgeous.  You just need a good guide - like Art. 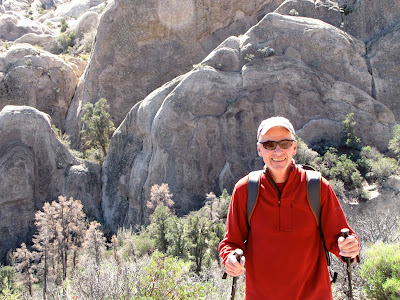