Today as I listened to the radio I caught myself once again being puzzled at yet another conflict of this sect with that sect or this race with that race.  Why can't there be dancing instead of killing?

Saturday was Diversity Day at Pioneer park in Walla Walla.  The event began twenty one years ago as Race Unity Day.  Walla Walla has it's strife, but on this day in this park the differences seem notable only in their beauty, rhythm and color.

As the belly dancers swirled, the Mexican dancers were joined by a single belly dancer, watching together enthralled.  The sweetness on their faces genuine. Different color same humanity. 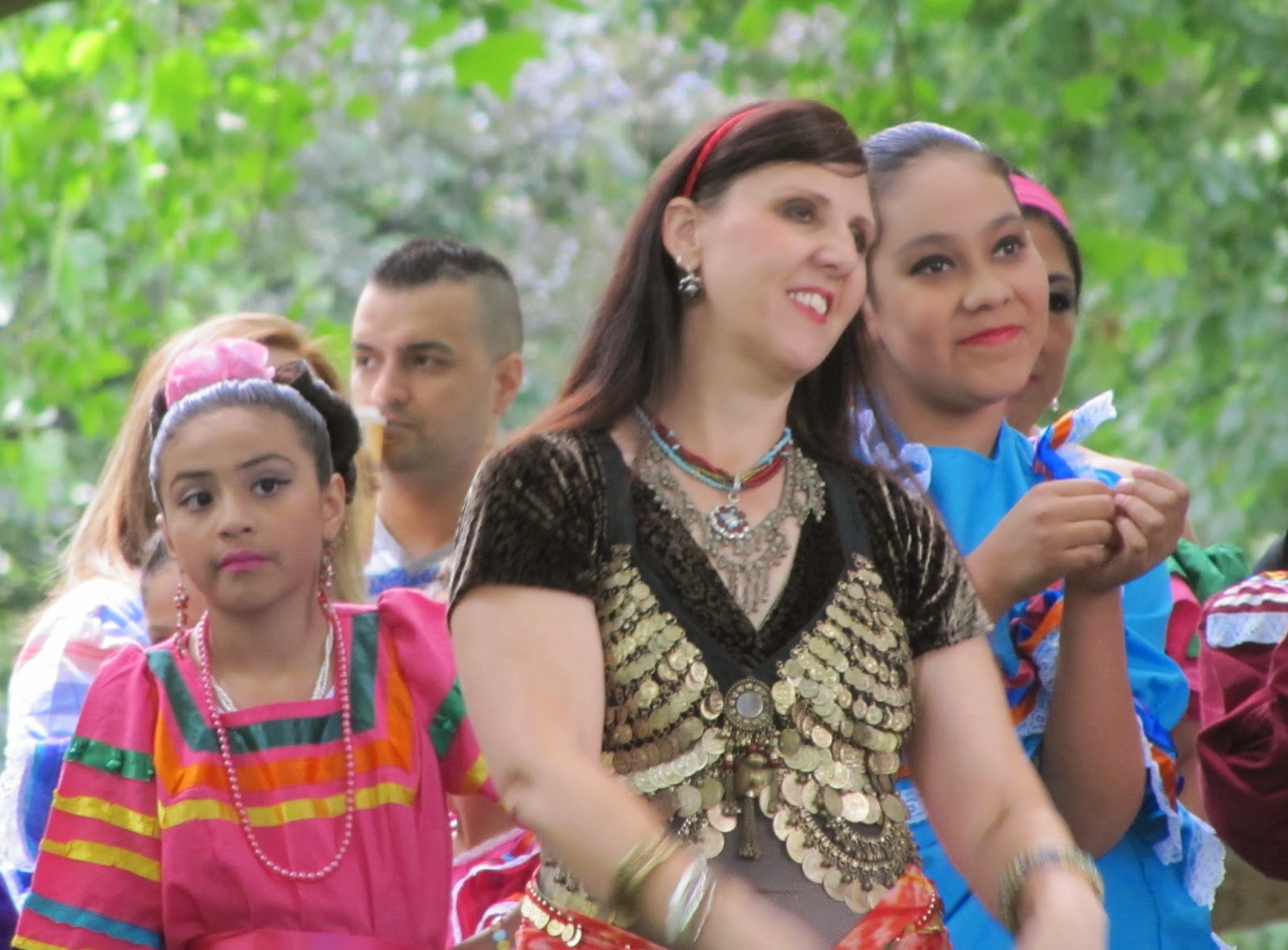 I was at the first Race Unity Day twenty one years ago.  The gathering at the smaller Jefferson Park drew a crowd to watch the only dancers present, the Mexican dancers.  A small crowd composed almost entirely of Hispanics had arrived to watch them.  I remember  a gentleman as he chided the handful of us whites, "Where are your numbers, we brought ours?"  One foot at a time, one voice at a time, one instrument at a time and one race at a time we brought ours. And worked together to bring others.

The children are our hopes in every society and every country.  Raised to love the richness of humanity, a day like today could impress a young child. 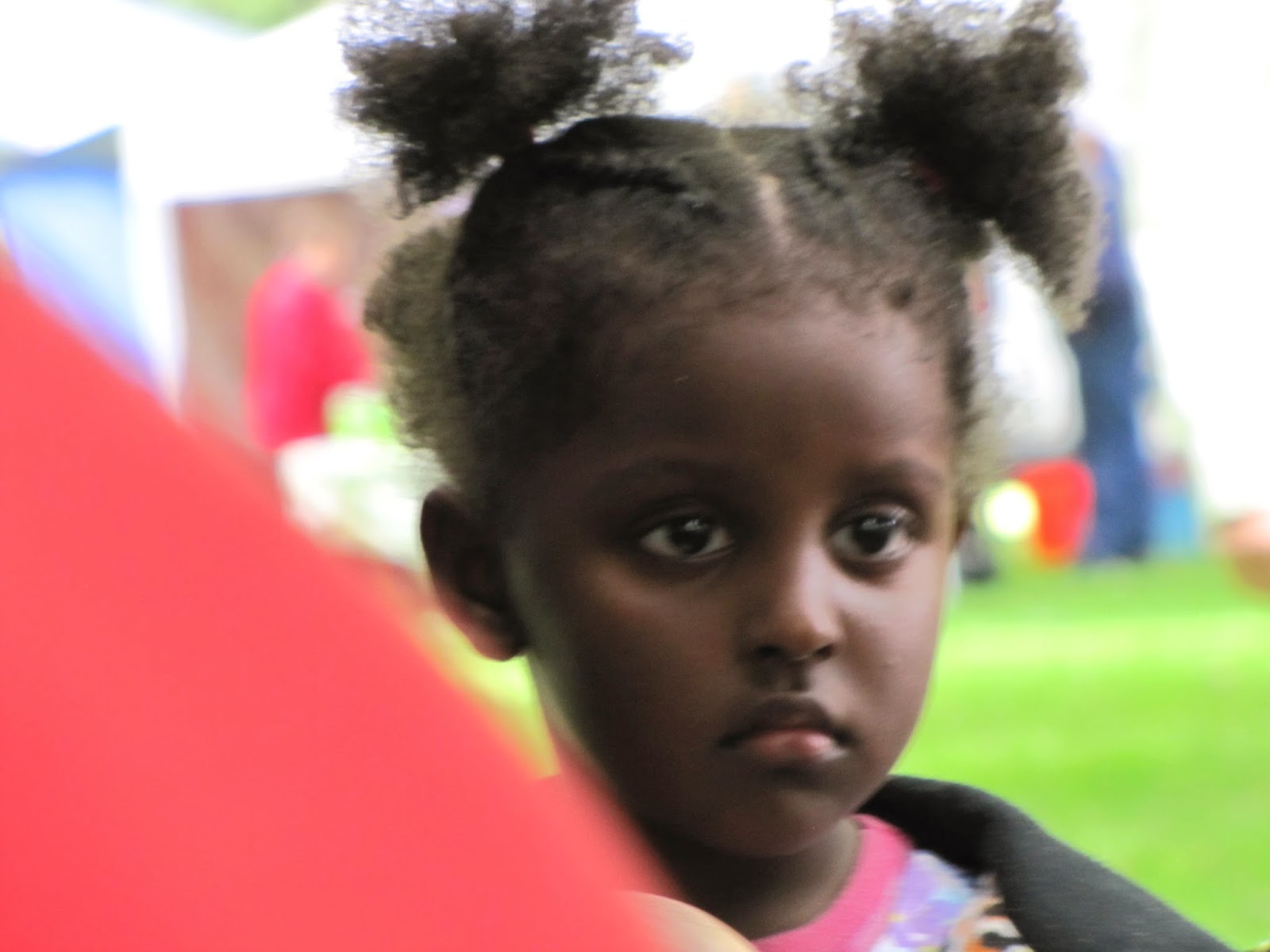 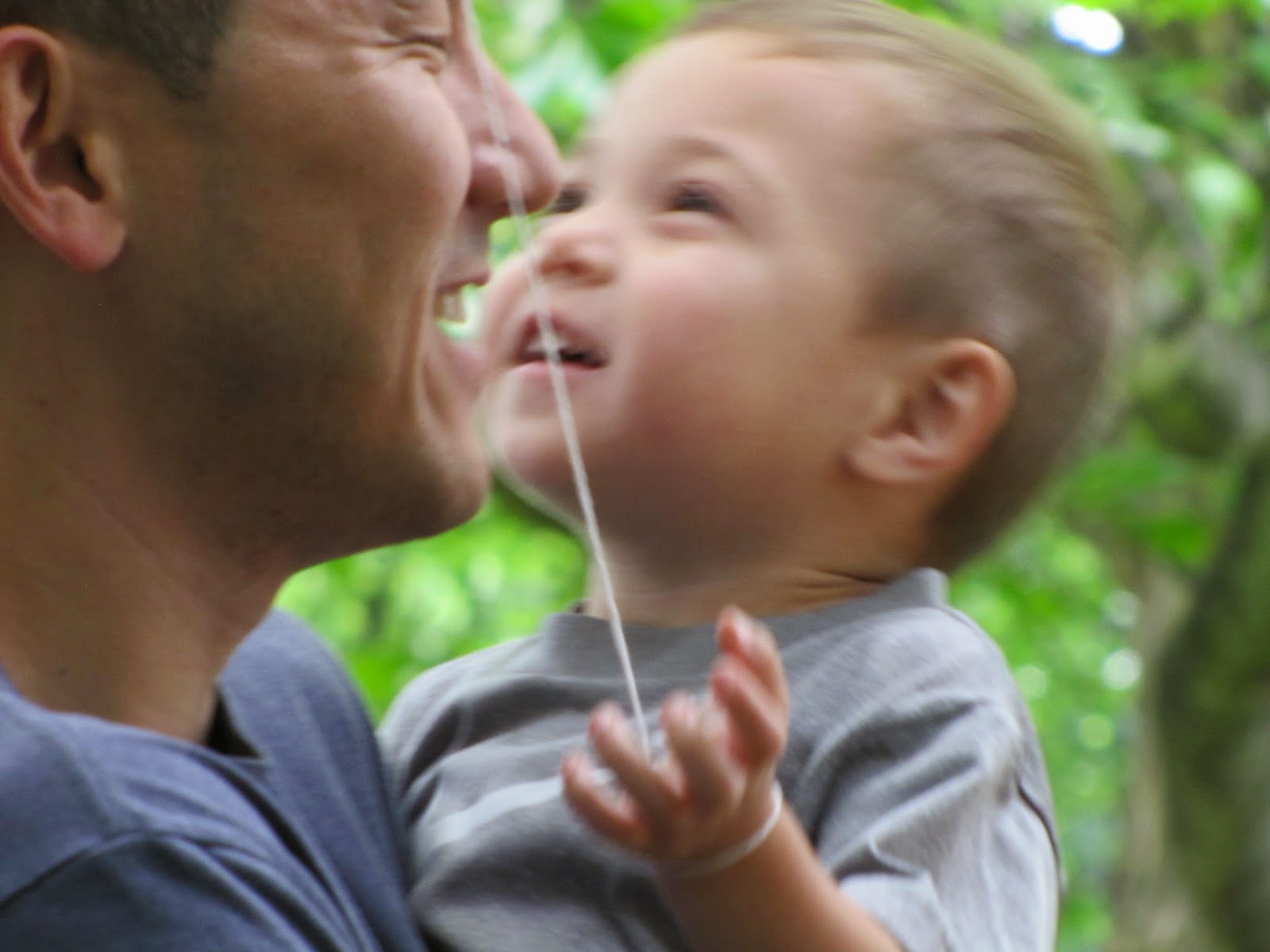 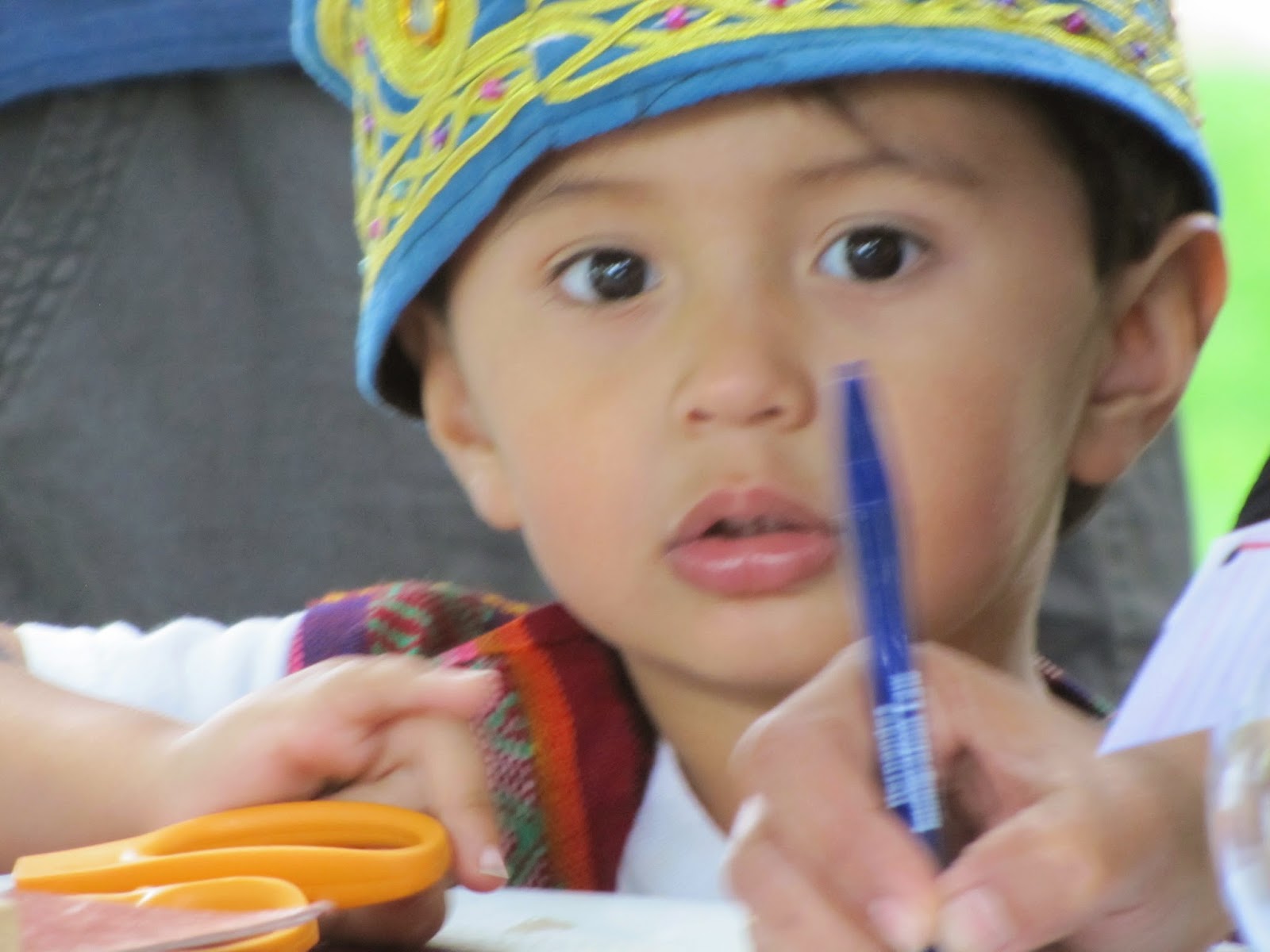 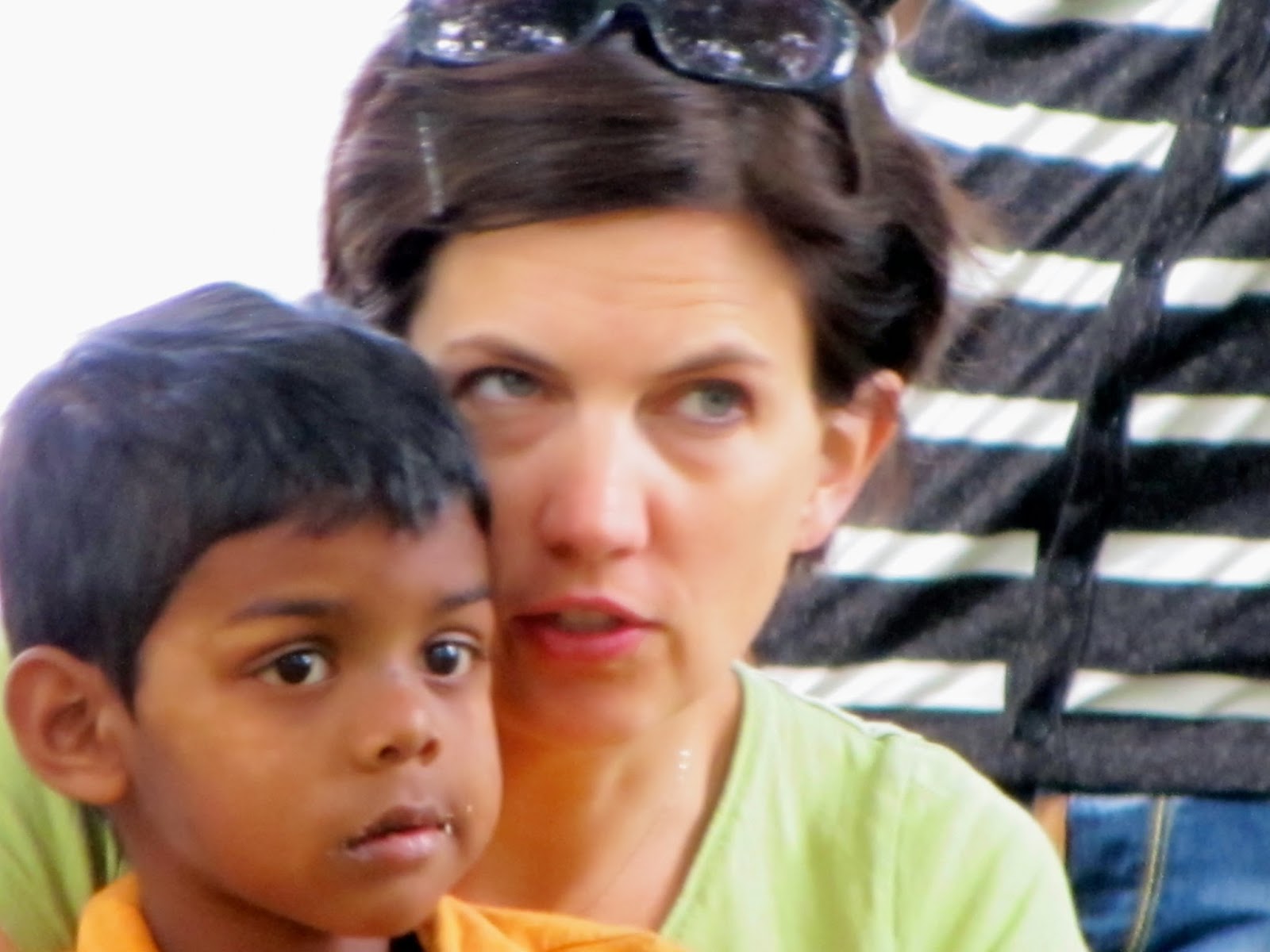 The music and the motion attracted a single toddler onto the stage.  She appeared in a number of performances in her red and black polka-dotted  outfit, crisscrossing the stage laughing, pointing, and dancing.  There are children in this world who are beckoned to a very different stage.  A deadly stage.  One of prejudice, hate and paranoia. 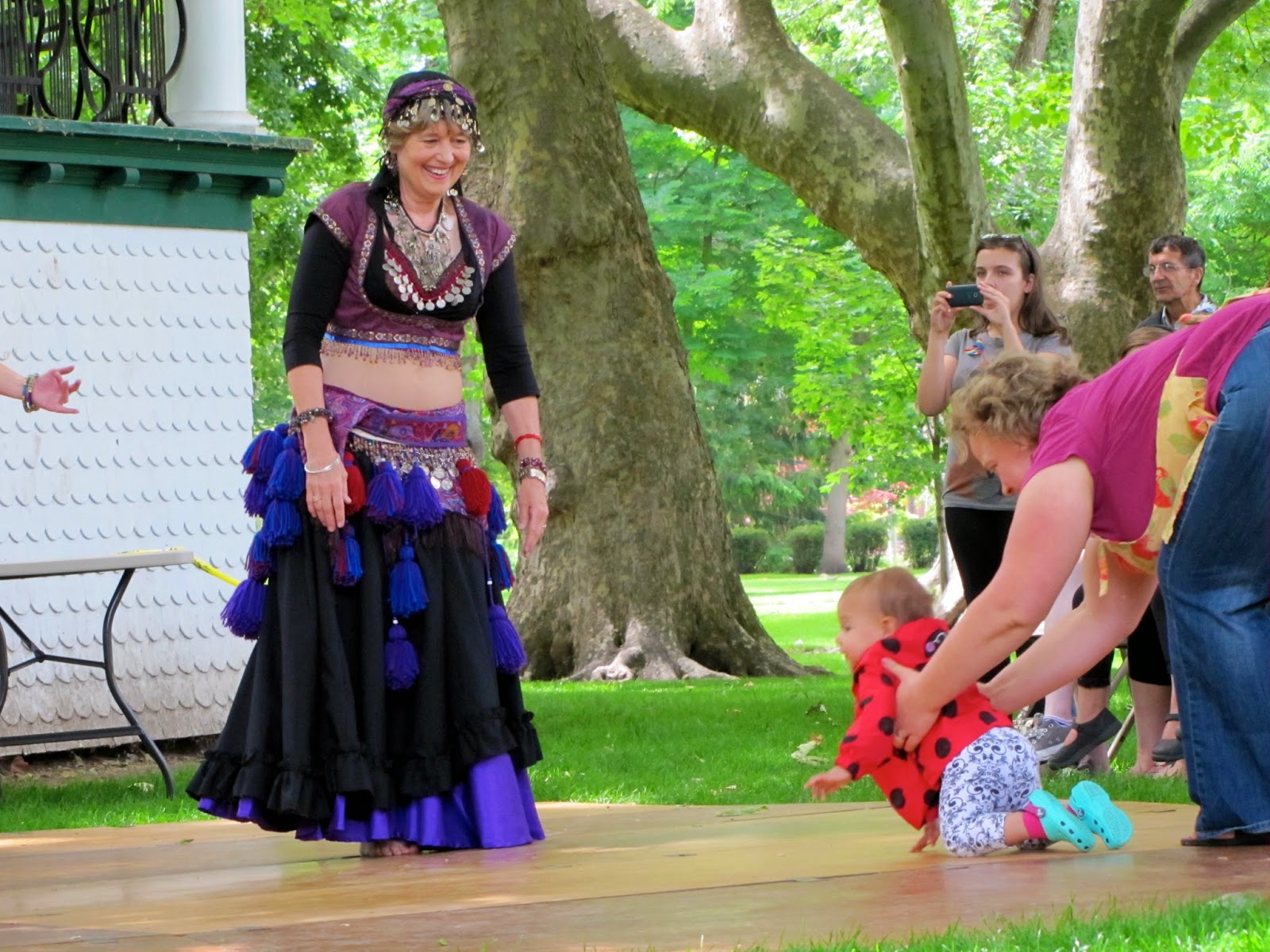 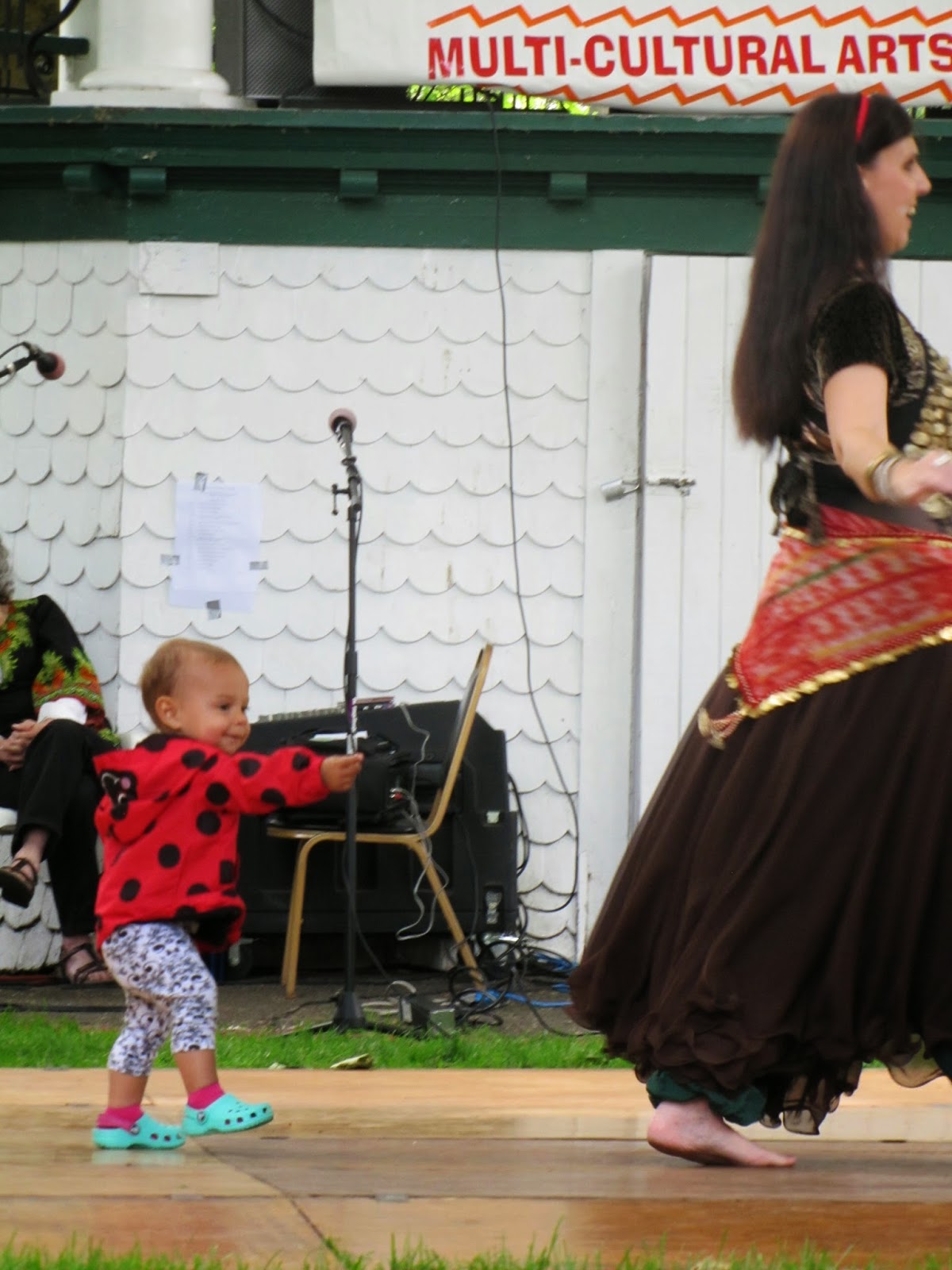 This tiny child finally welcomed a second dancer to join in her pleasure.  He was another color.  Another slice of humanity invited to play with her on this stage.  A small gesture to remind us that children see first with the heart, not with the eyes. 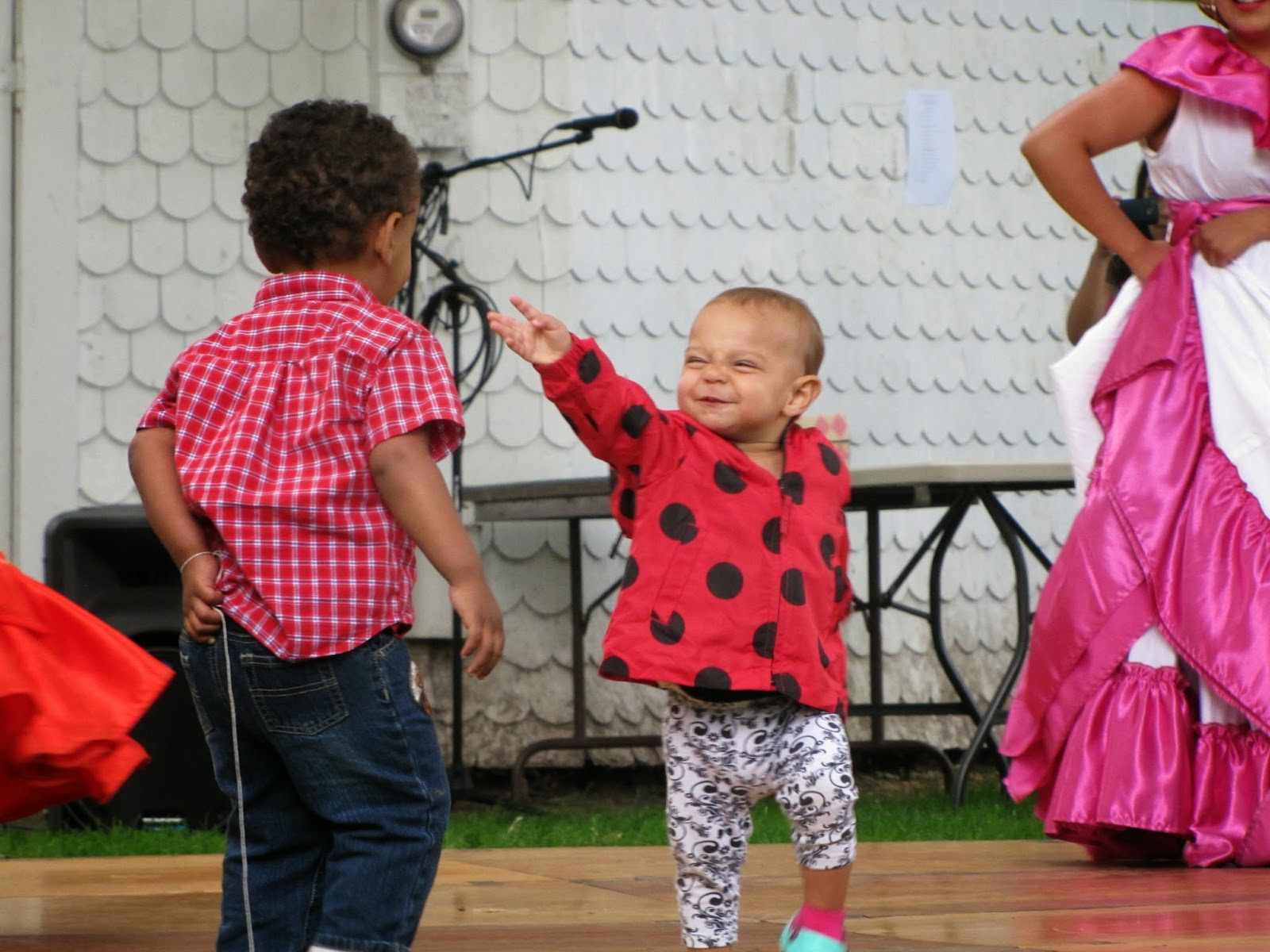 We are lucky in this small town with our stage set for dancing.  One individual at a time invited to join in the dances of diversity.

Anne Capistany is the Master of Ceremonies of Diversity Day.  Year after year she helps clear the stage from strife and replaces it with a day for rejoicing the qualities in all humans of any race.  Thanks, Anne, for setting the stage once again for Diversity Day. 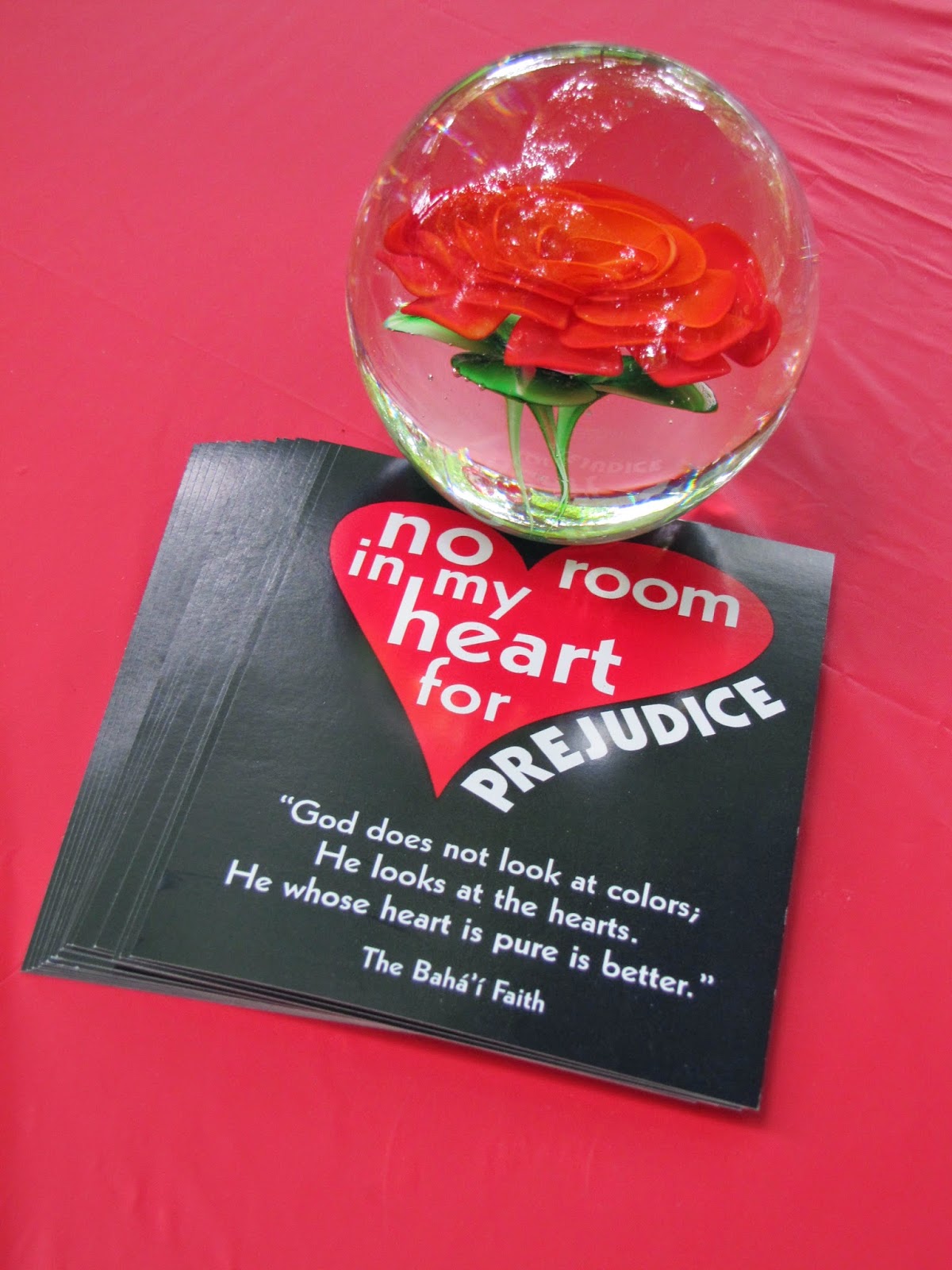